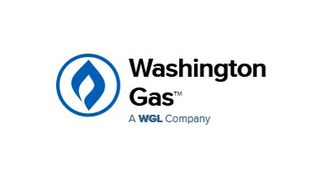 Utility Rebates, Incentives Prove Natural Gas Doesn’t Have To Be A Luxury

Though luxury apartments come in all shapes and sizes, a few amenities are must-haves: a washer and dryer, a dishwasher and, of course, a gas stove.

Having natural gas available for cooking and heating has long been considered the domain of luxury apartments. That’s because installing natural gas can exact a heavy upfront cost compared to electricity.

But beyond the upfront investment, natural gas is the far more affordable utility. The operating costs for space and water heating and cooking in a single unit can cost four times as much with electricity than with natural gas. To move more developers toward energy efficiency, utility companies are offering incentives and rebates to defray the overhead cost of meter, piping and equipment installation.

“Developers may see the initial cost numbers and rule out natural gas, not realizing that it’s much cheaper in the long term,” Washington Gas energy efficiency programs supervisor Josh McClelland said. “The idea behind our incentives and rebates is to work with developers to become their partners in the industry. We want to educate them about efficiency and make natural gas a more viable option for them.”

Developers who replace their inefficient electric systems with natural gas systems may also see an increase in their net operating income and property value.

The Donaldson Group, a full-service real estate management and investment company, replaced the two-pipe central heating system with an individually metered gas heat and water system at Cider Mill, its 864-unit garden style community. Taking advantage of incentives and rebates from Washington Gas, Donaldson was able to increase the community's NOI by over $1.3M and its property value by over $20M.

Washington Gas offers rebates for high-efficiency natural gas equipment in Maryland and Virginia through the EmPOWER Maryland and VA CARE Programs, respectively. The state-sponsored programs were created to reduce energy consumption. Washington Gas also offers an incentive program for multifamily developers and property owners that choose to install individual natural gas meters in their new construction or renovation projects. Incentive amounts vary by project, but developers have received $1K per unit on average.

“For developers who are building or renovating multifamily properties, the two programs can be combined,” McClelland said. “Developers can receive rebates when they buy and install energy-efficient natural gas equipment and potentially receive $1K per unit from the Multifamily Incentive Program."

“We’re seeing more and more buildings in the multifamily space deliver with electric instead of gas,” Bozzuto Group President and CEO Toby Bozzuto said. “We think that’s being done with the idea that it’s a cheaper alternative for the developer. In reality, it’s not cheaper for our customer, nor is it what they want.”

The EmPOWER Maryland Program was instituted in 2008 with the goal of reducing Maryland’s energy consumption by 15% by 2015. After great success, the program was extended in 2017. The Multifamily Incentive Program is now available throughout Washington Gas’ service territory. Washington Gas looks forward to continuing to work with developers and government agencies to bring efficient, clean energy to the D.C. metropolitan area.

This feature was produced in collaboration between Bisnow Branded Content and Washington Gas. Bisnow news staff was not involved in the production of this content.