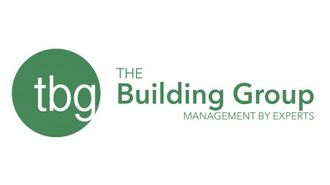 Condo associations in Chicago might soon have a harder time managing difficult condo owners. Based on an Illinois Appellate Court decision, owners accused of unruly behavior cannot be fined without first being given due process. Owners must have the opportunity to review any evidence of the alleged incident and cross-examine witnesses. Illinois condo associations that fine owners without due process will be violating the owners’ rights.

The unprecedented ruling could have an impact on how condo associations manage their properties and issue rule violations.

“It is not that condo boards can’t keep order with this ruling,” The Building Group President Jim Stoller said. “Rather they can if they run their association transparently and with due process. No more decisions can be made behind closed doors.”

The Building Group is a Chicago-based company that manages over $1B in real estate along Chicago’s lakefront neighborhoods. While the company was not involved in this recent case, it manages thousands of condominium units in Chicago that will be affected by the ruling.

The decision came about when Michael Boucher, a condo unit owner at 111 East Chestnut St., a luxury development off Chicago’s Magnificent Mile, was charged with two separate incidents of offensive and obnoxious behavior in common spaces of the condo building, JDSpura reported. In the first, Boucher yelled profanities at an association employee in an elevator, which was observed by a security camera. In the second, he again yelled profanities at an employee, insisting he be allowed to pay cash for a replacement key card.

The 111 East Chestnut Condominium Association issued violation notices to Boucher and fined him $500. He paid the fine and then sued the association, arguing that the board refused to show him the video footage of the incident and used the violations as a means to counter his own complaints against the building and the association.

While the first judge ruled in favor of the association, the appellate court found that such refusal of evidence would constitute an unfair living environment.

Condo development activity has been on the rise in Chicago. The 94-story Vista Tower condominium and hotel building, which will be the Windy City's third-tallest building when completed in 2020, is just one of the $20B worth of projects being added to Chicago’s skyline. As more projects come online, condo boards will have to pay more attention to how they train members and encourage transparency when dealing with rule violations to prevent due process lawsuits in the future.

“Good intentions do not hold up in court and the days of unprofessional board actions are over,” Stoller said. “While condo board members are unpaid volunteers, they need to be educated on city and state laws and follow court decisions. This is why we provide free board training for our clients.”

Associations and condo boards can learn from Boucher v. 111 East Chestnut Condominium Association. By being as transparent as possible with evidence of rule violations, associations can eliminate future arguments.

This feature was produced in collaboration between Bisnow Branded Content and The Building Group. Bisnow news staff was not involved in the production of this content.