Baby Boomers and Millennials are driving the healthcare bus, making hospitals less relevant and community health centers the place where people are getting most of their healthcare. It was among the most dominant healthcare trends discussed at Bisnow’s DC Regional Healthcare at the Grand Hyatt Washington yesterday morning. 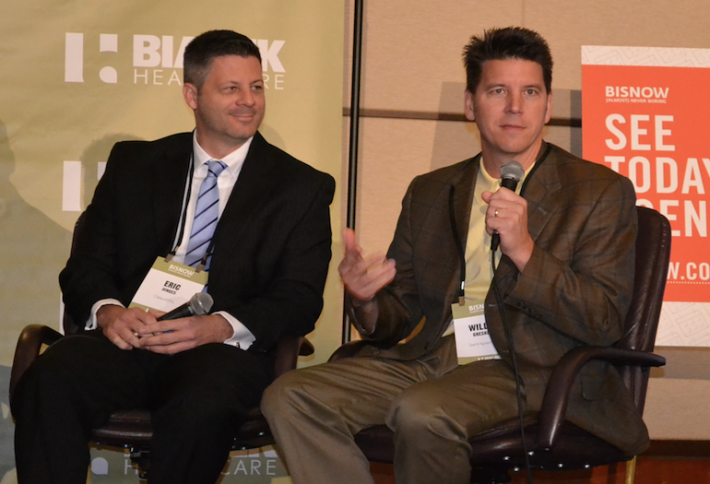 Imagine you go to the beach, get tossed around in the waves and end up with a shoulder that’s out of whack. Medical help in the past meant lots of appointments with various doctors and radiologists and waiting around for a diagnosis. But this type of health problem is now solved in one health facility, within a few hours, down the street from your home or office, says Saint Agnes Hospital SVP Bill Greskovich (holding the mic). Healthcare is largely being driven by consumer demand to have convenience and urgency, as well as amenities like being able to control the music in the exam room and Internet stations, says CallisonRTKL senior associate VP Eric Dinges (left). Saint Agnes modernized its campus to include 40k SF of tightly standardized clinical space and wraparound services like imaging and lab work. 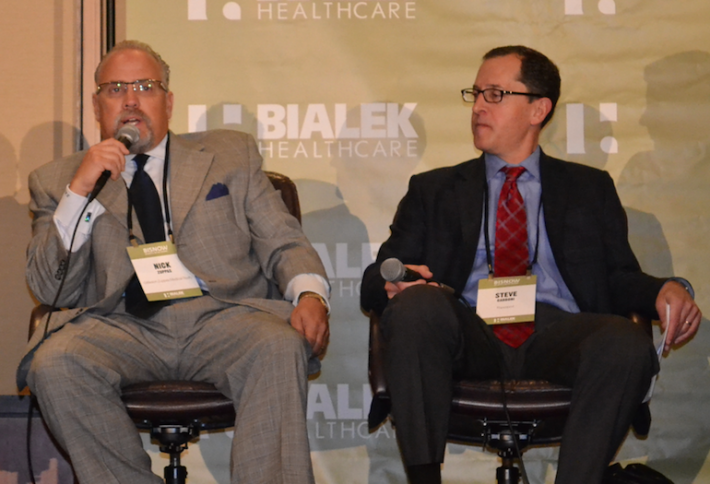 Other healthcare amenity trends include better flooring to make them easier to clean and bigger operating rooms to accommodate the technology that’s now involved in surgeries. Gittleson Zuppas Medical Realty principal Nick Zuppas (holding the mic) says leases are also accommodating the demand for community healthcare with landlords offering good deals on 10- and 15-year leases, which can be as high as $130/SF. But Rappaport VP Steve Carboni (right) says don’t expect many medical practices to end up in your neighborhood shopping center like they are in other markets. There are so many hospital systems in the region that the confluence of healthcare into retail is not as dominant here as it is in secondary markets. 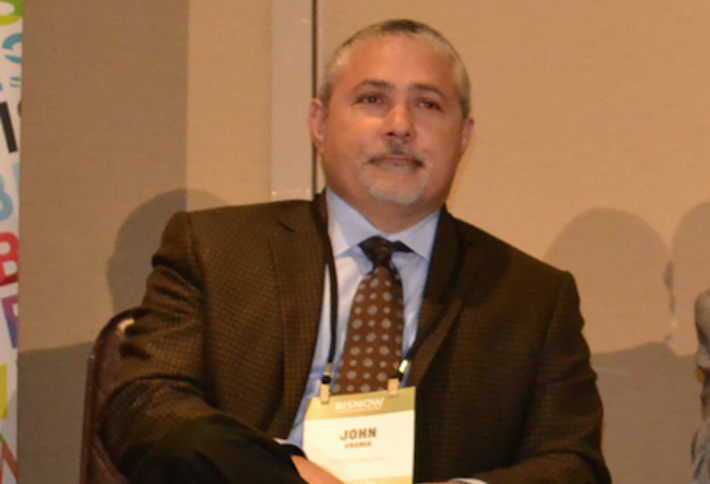 DPR Construction project executive John Anania says much of the work his firm is doing is not new construction, but major conversions and repurposing of space into medical facilities. He says the focus is on getting to a desirable location that will draw the most patients, so even being close to Metro is appealing. He also says there’s not only a focus on patient comfort but also comfort for their families, so that means they’re putting in beverage and food carts, quiet places for phone discussions and private consultations with doctors. 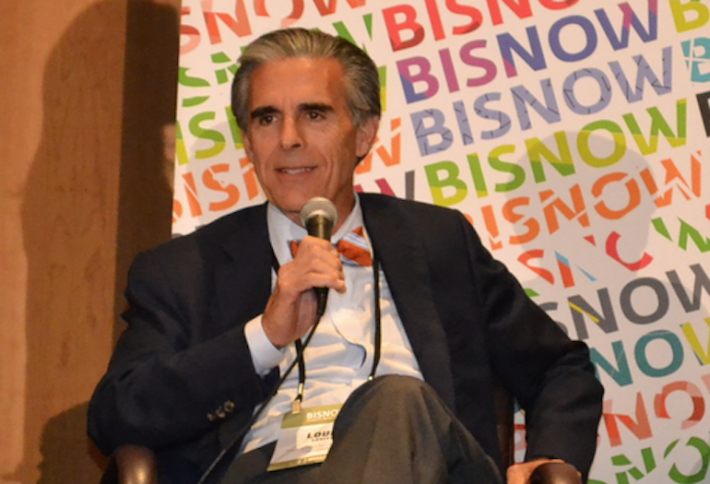 Community healthcare also doesn’t just limit patients to one option, says The Centers for Advanced Orthopedics VP Louis Levitt. Walmart has said it wants to be the No. 1 healthcare provider in the country and it recently bought 250 scanners to put in its in-store clinics. Louis says patients will stroll around the store and potentially make purchases while waiting for their results. He says these in-store retail clinics also reduce costs for primary care and emergency room visits. 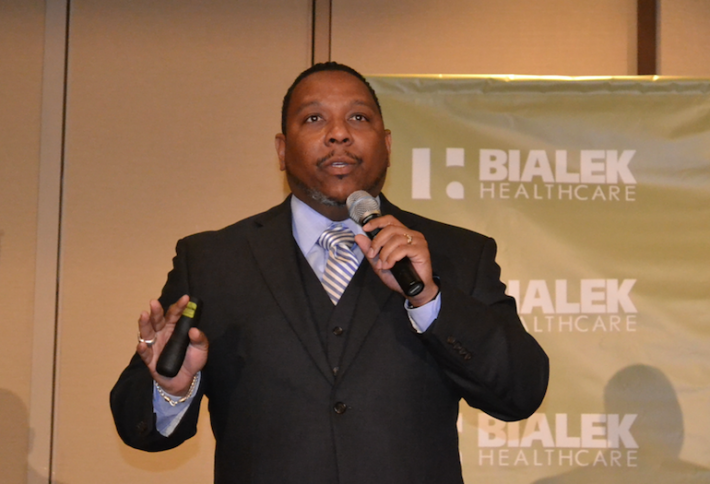 The emphasis on helping not only patients, but also their families, is playing out at the Veterans Administration DC medical center, according to director and CEO Brian Hawkins, who was one of the morning’s keynotes. The medical center has 174 beds, 112,000 enrolled veterans and touches peoples 1.2 million times per year. It's also focused on caring for women veterans as well as homeless vets. Brian reminded us that several medical breakthroughs and innovations have been discovered by the VA, including the shingles vaccine. 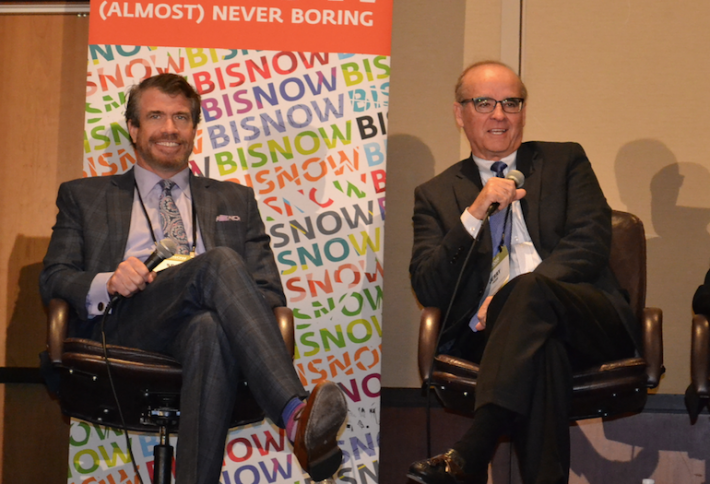 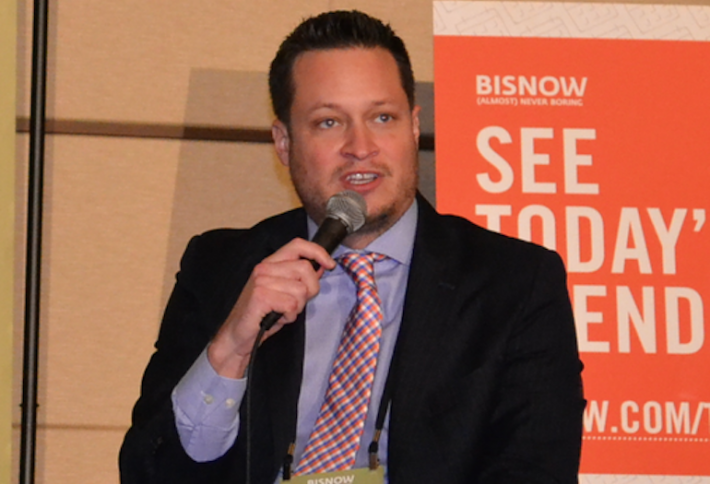 It’s a great time to be a senior living buyer or seller, says Capital One health care real estate senior director Keith Kodrin. Capital is available for acquisition financing and construction and several institutions are willing to provide the funding, including local banks, financing companies, Fannie Mae and Freddie Mac, and the FHA HUD program. Keith adds that there’s not as much recourse in corporate guarantees for healthcare projects. 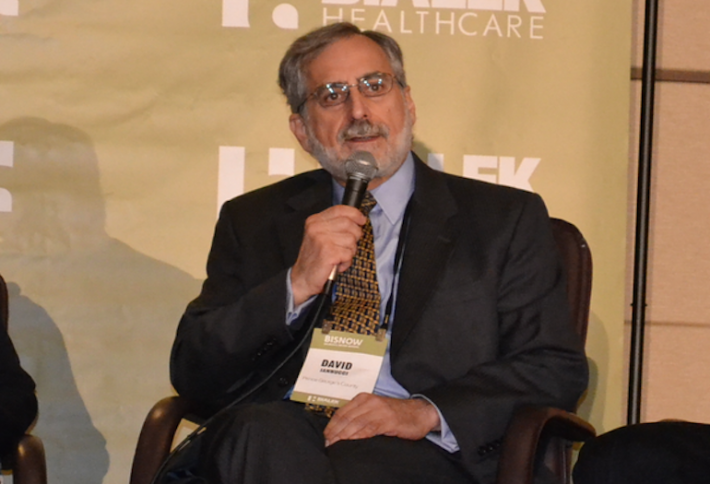 Two large healthcare facilities are on the way in the region, including a town center-style medical campus being planned in Prince George’s County. Assistant deputy chief administration officer David Iannucci says it will include a 700k SF full-service teaching hospital and will provide specialty services not available in the county. The strategy is to bring back some of the residents who've been leaving the county for their healthcare needs. The project has already prompted some healthcare providers to buy land around it for senior care and other medical offices. 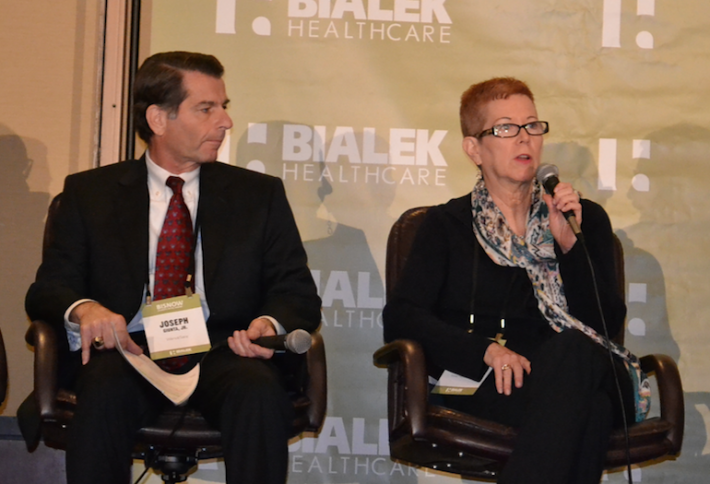 Inova is also in the midst of building a dedicated Women’s Hospital, which will be the only one in the DC region when it opens early next year. VP Patricia Byrnes Schmehl says the health system is also focused on personalized medicine, which will be developed at its new Merrifield campus. Wilmot/Sanz principal Joe Giunta helped design the women’s hospital so that different floors can be modified and reconfigured according to the type of care patients are receiving. That flexibility will also allow the hospital to easily modify the space based on future trends. 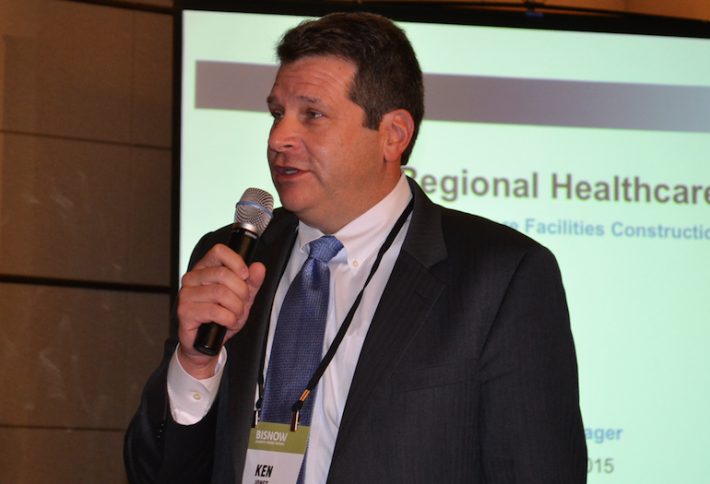 Turner Construction VP Ken Jones, our second keynote, says several trends have emerged in healthcare construction, including bigger price tags. (Turner has completed 475 projects since the ‘80s.) In 1980 it cost $60/SF to build a hospital and now the national average is $370/SF for a large hospital. Ken says technology has also changed patient rooms, going from 180 SF per patient to 310 SF. Hospital construction is less about constructing a building and more about creating a large machine. Many of the parts of the hospital are manufactured off site, including patient bathrooms. Even building materials are made to help reduce infections in the hospital. 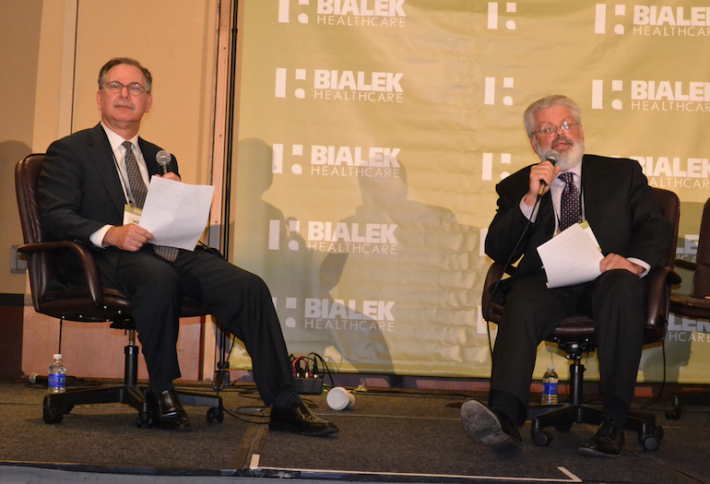 No healthcare real estate discussion is complete without a mention of Certificate of Need, a legal approval in many states for any expansion or creation of healthcare facilities. The process is known for being onerous, especially because the regulations are different in each state. For example, Maryland doesn’t regulate outpatient care, so a license is required but not a Certificate of Need, says Maryland Health Care Commission director Paul Parker (right), who had a fireside chat on the regulatory process with Ober, Kaler principal Howard Sollins. DC and Virginia do require a certificate for outpatient care. Paul says there’s very little formal coordination between the state regulatory programs. Maryland, however, does consider the DC health market when planning and forecasting its specialty services.