JBG And Vornado/Charles E. Smith Plan Merger In $8.4B Deal

The JBG Cos and Vornado/Charles E. Smith have agreed to a merger that will create a DC real estate mammoth in an $8.4B deal announced Monday. 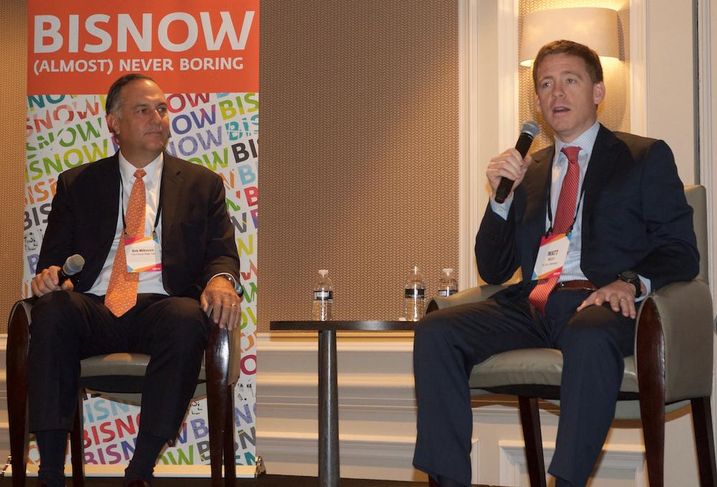 The combined company, to be called JBG Smith, will own major developments in every DC submarket and will be the federal government's largest landlord in the District. Its portfolio will include 50 office properties totaling 11.8M SF, 18 multifamily properties totaling 4,451 units and 700k SF of other properties.

The company will be a publicly traded REIT, a status JBG had been seeking to achieve with its previous failed merger with New York REIT.

JBG managing principal Matt Kelly (speaking above at Bisnow's DC State of the Market in June) will become CEO of JBG Smith. He spoke about the transition to going public in an earnings call with Vornado investors Tuesday morning.

“There is a misperception that you can’t be nimble if you’re in public markets or that you can’t take advantage of opportunities in the same way. I don't buy that,” Matt said. “No matter what your capital structure and legal structure and ownership structure, you can still attack and pursue the best real estate decisions and take advantage of the best opportunities in the market, and that’s what we intend to do.”

JBG will contribute its high-quality, core, Metro-served assets totaling $2.4B to the publicly traded JBG Smith, while its remaining $3.3B in assets will be managed by JBG Smith legacy funds that will not bring in new investors or acquire new properties, gradually selling off their holdings. 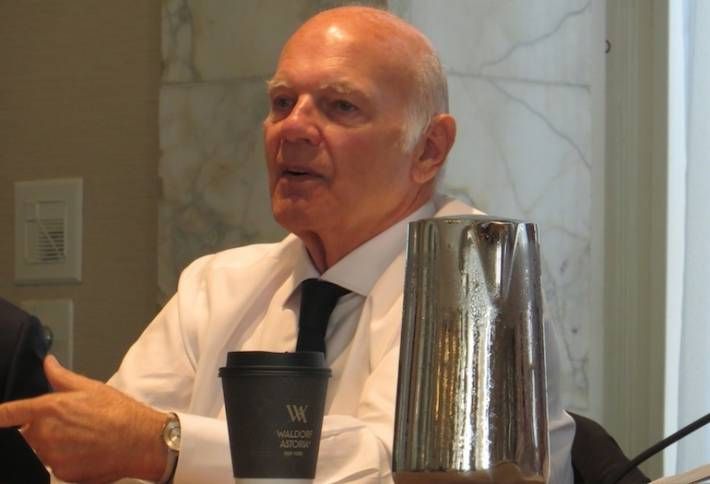 In addition to its 79 operating assets, the REIT also has four assets totaling 600k SF under construction, another nine assets totaling 1M SF in the near-term pipeline and a future development pipeline of 17.6M SF.

“JBG Smith will be a market-leading powerhouse with an unrivaled portfolio,” Vornado CEO Steven Roth (above), who will become chairman of JBG Smith’s board, said on the call. “It has the potential to be the fastest-growing real estate company in the country.”

Steven says he is especially excited about JBG Smith's land bank with the potential for 17.6M SF of development.

The REIT's development pipeline includes the 1.3M SF Phase 2 of RTC West, which JBG unveiled renderings of last week. Vornado owns more than half the property in Crystal City, which has struggled with high vacancy after BRAC and could benefit from JBG's development prowess.

"I think this allows JBG to activate some of the development projects Vornado had put on the books but wasn't able to execute on," Cushman & Wakefield senior managing director Eric Berkman, who has repped JBG recently, tells Bisnow. "This will probably bring a lot of those projects to fruition a lot quicker than under the original structure."

In a presentation to investors, JBG compared the placemaking potential of Crystal City to what has happened in Shaw, Bethesda and the R-B Corridor. Matt emphasized that renovating a neighborhood like Crystal City doesn’t require renovating every asset, but rather assembling a critical mass of retail and multifamily in a central location that will raise the value of all of the surrounding buildings.

“Our track record could not be a better match for an opportunity like Crystal City,” Matt said on the call. “What many have seen as a challenged office portfolio, we see as an opportunity to pick off low-hanging fruit, to add amenities and make Crystal City a vibrant mixed-use community.”

A majority of the company, roughly 74%, will be owned by shareholders of Vornado Realty Trust, the NY-based public REIT from which Vornado/Charles E. Smith is spinning off. Vornado's Board of Trustees has already approved the proposed merger. JBG's limited partners will own 20% and its management will own 6% of the company.

Matt will become CEO, while Vornado president Mitchell Schear will be a member of the company's board. Matt was also supposed to be CEO of JBG Realty Trust, the company that would have been the result of a merger with New York REIT, which fell through this summer.

EagleBank CEO Ron Paul, who has recently financed JBG projects and is a personal investor in JBG funds, says merging two of the top DC developers will create benefits for the company's investors and the market as a whole. He says there is enough competition in the market that having a dominant player at the top won't be destructive.

"It's a big concentration for them in Washington," Ron says. "But in terms of the players, the market is very big. You have Lerner and a lot of big players, so it's not like they will dominate it to the point of a monopoly."