You thought the Silver Line was the end-all? That's just the catalyst. Now the real building explosion begins. That's why we're excited to present our Bisnow summit on the incredible "new Tysons," this Wednesday morning, Jan. 28, at the McLean Hilton. (Part of our "Neighborhood Series" presented by United Bank. Please join us.) 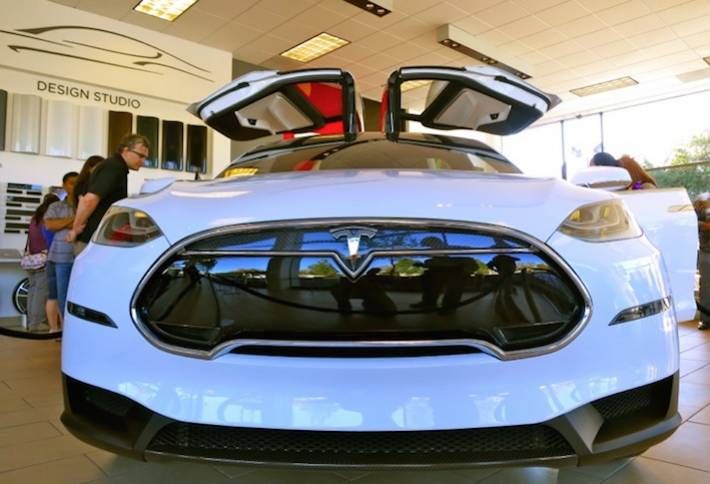 Tesla may be the perfect metaphor for what's about to happen. The cult carmaker is putting its biggest Metro dealership--40k SF--at 8500 Tyco Blvd, set for a spring opening. The fact it chose Tysons, and the energy that will radiate around it, speaks as powerfully as a Tesla electric powertrain. 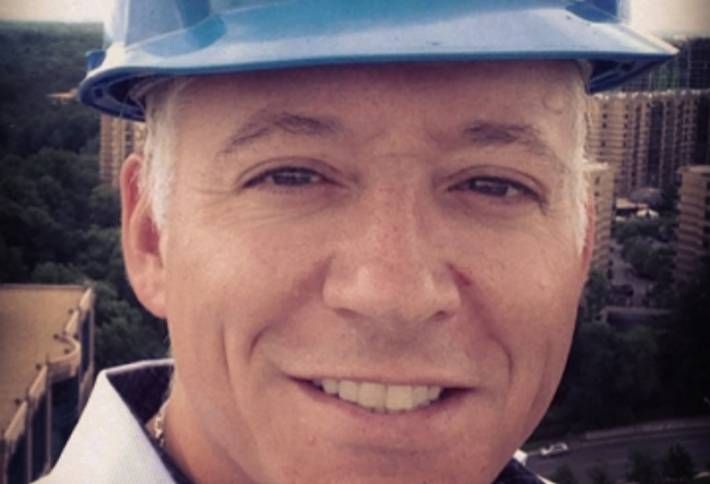 Ironically, where it's going is in an emerging walkable community, says Georgelas managing partner Aaron Georgelas. But that's what Tesla and Tysons are all about: the intersection of a new environmental consciousness and pedal to the metal. Georgelas Group bought the building last June and had planned on redeveloping it. But Tesla jumped at the opportunity to open a store surrounded by other high-end car dealers and future pedestrian traffic. 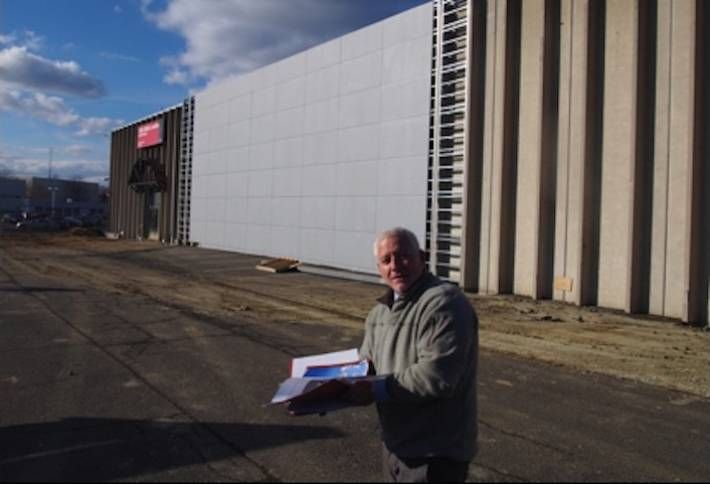 On Friday, Aaron gave us a sneak peek. 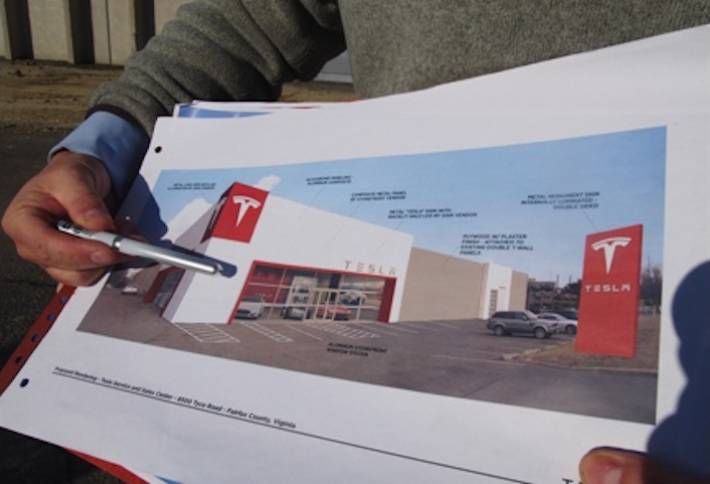 West Tysons is about to get a big boost. 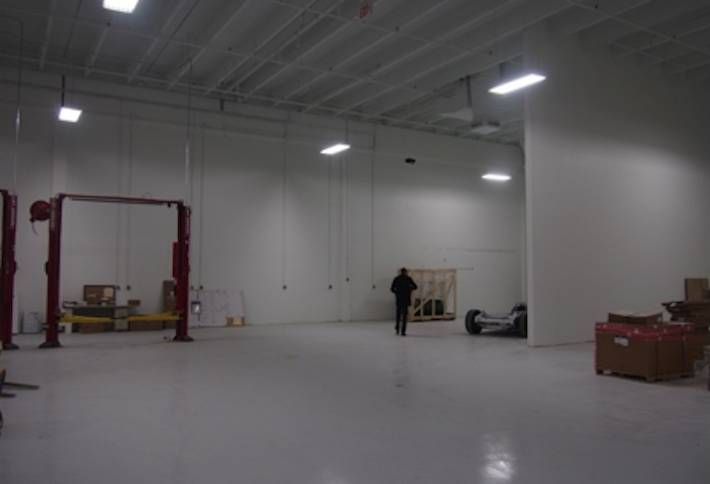 You won’t have to go to the Convention Center for a car show. It will now come to you. 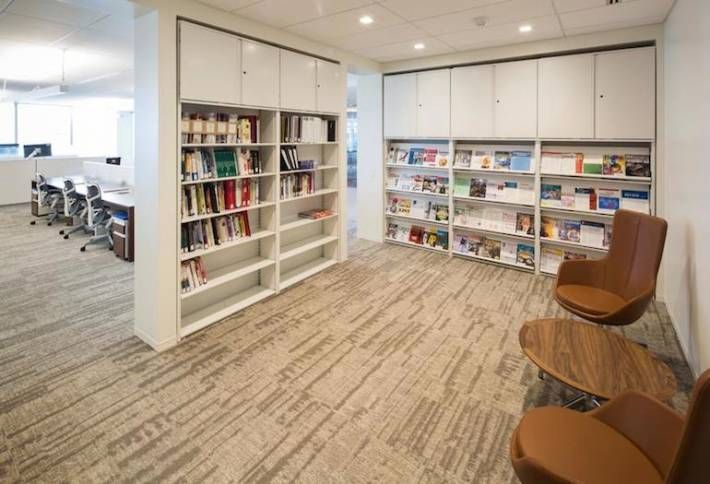 And take consulting firm LMI, which could also be anywhere. It's now officially in its workplace at Jones Branch Drive (retro library pictured), moving in nearly two years after MRP broke ground on Gensler-designed Tysons Overlook, a 307k SF Class-A office trophy. It occupies half the space, and the rest is being leased. Gensler principal Jordan Goldstein, one of our speakers next week, says LMI is one of two big anchors for Tysons’ newest and most anticipated office buildings. The other is Intelsat at Tysons Tower, which Gensler also designed. 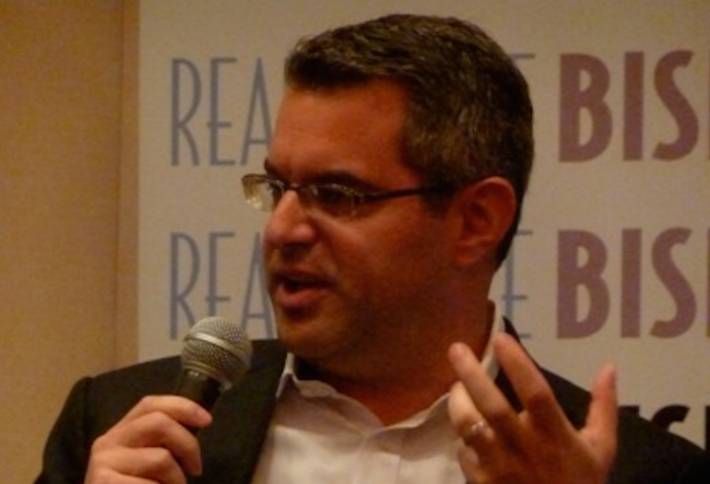 Jordan says Gensler has several other Tyson projects in the pipeline, including a 19-story, 400k SF office building with retail fronting a ground-level park, with an adjacent two-level cinema, and a 200-key hotel near the Greensboro Metro station. The project is being designed with Meridian. Gensler is also working with Foulger-Pratt on a 350k SF office and retail structure, also in the early design phase. Jordan says the goal is to create vibrant, mixed-use design strategies with each project, tying into both Metro and the rest of the growing Tysons community. 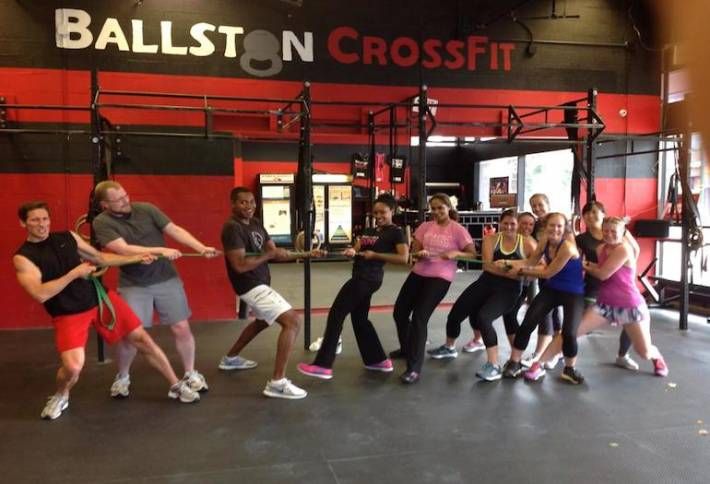 Up next will be a trendy CrossFit gym that’s expanding from Ballston to Tysons. Aaron says it’s not your ordinary health club but features social gatherings, dinner meet-ups and even vacations together. Aaron says it will take up 6k SF, also at 8500 Tyco. It joins The Ascent, a 400-unit apartment building developed by Greystar, and The Adaire, another 400-unit building rising over the next two years. Aaron, whose company purchased 32 acres in Tysons, says several restaurants and retail are also affording walkability to the cluster. 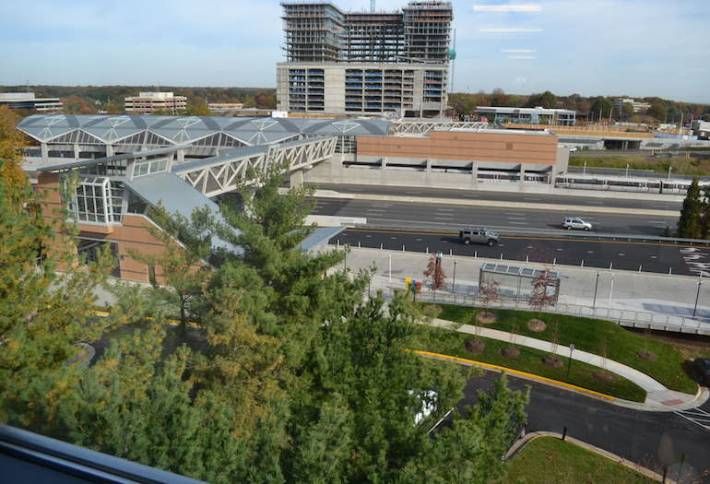 Our tech writer Tania Anderson reports that many tech companies have moved their HQs to be close to Silver Line stops and average 20% ridership among their employees, including firms like Intelsat, Clarabridge (here's the Wiehle stop from the company's new Reston HQ), and the Ambit Group. Employees have not only ditched their cars to commute, but they’re also heavily using the Silver Line to get to meetings in DC, she says. 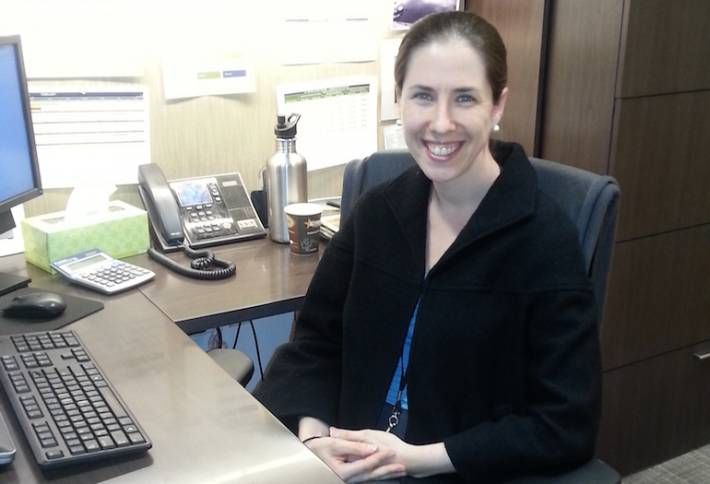 Transwestern Mid-Atlantic managing research director Elizabeth Norton recently studied job growth and office demand through 2040 in four submarkets impacted by the Silver Line: Tysons, Reston, Herndon and Rte 28. One nugget: The majority of job growth and office demand will be in the Tysons submarket within the next 15 years, with most of it surrounding its Metro stops and coming from the professional/business services sector and financial firms. She'll be speaking at our Tysons event Wednesday morning, and we hope you'll be on hand, too.