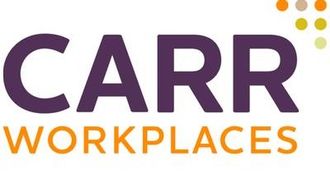 Since founding the Oliver Carr Co in 1962, Oliver Carr Jr. has had an incredibly storied career, developing over 11M SF of office, retail, residential and hotel properties in the DC region and managing 26.3M SF of commercial space in 12 markets throughout the US.

He's also an inductee of the Washington Business Hall of Fame, chairman emeritus of George Washington University’s Board of Trustees, former director of the Greater Washington Board of Trade and a former trustee of the Federal City Council. In addition to Carr Hospitality and Carr City Centers, Oliver also founded and acts as chairman for Bisnow partner Carr Workplaces, a national workplace solutions company and Rising Stars, a 501(c)(3) Private Foundation that supports organizations that help at-risk children succeed in their education and their community. He's also one of an elite few Bizzy recipients. We sat down with Oliver to get his perspective on his success and dedication to helping the DC community, as well as his future endeavors and advice for up-and-coming real estate professionals.

Bisnow: Many people know you from Carr America and DC real estate. What’s your real estate philosophy and how did you get your start?

Oliver Carr: I would say that my philosophy is based on my experiences throughout my career and mainly lies in creating a sense of community. Neighborhoods—and having destinations within those neighborhoods—is important. That's what brings people together.

My father and grandfather were builders in DC, and I got my start in suburban housing before focusing more on the city, filling in development holes with offices, housing and hotels. I really wanted to take on a neighborhood and create a sense of place, and I got my chance with the West End, which we planned and rebuilt in the 1970s. Then, we won the rights to redevelop the historic Willard Hotel, which had fallen into disrepair since the original owners—the Willard family—shuttered it in 1968. People were talking about demolishing this DC landmark, where presidents and statesmen had stayed since before the Civil War, and where the term “lobbying” was coined because of the meetings that took place in the hotel's lobby! When we reopened the hotel and added the office building in 1986, it was a turning point for downtown DC. The Willard's a special place, and I think it’s wonderful to see what’s happened since then. With developments like CityCenter and The Wharf, our city's full of life and people want to be here.

Bisnow: So you invested in the downtown area when everyone else was investing in the DC suburbs. Was there another time you made an unexpected real estate investment?

Oliver: I’ve made a lot of investments that you might call "unexpected." In the mid-1990s, Carr America began investing in executive suite companies and in 1999, we merged to form what was then the largest executive suite company in the world, HQ Global Workplaces. That company led me to observe a few things about the office industry. Work was changing, but the workplace wasn’t. Those who worked independently—either starting a business or working remotely from an existing business—represented an emerging but neglected market. I also noticed that offices were generally dull places. Workplaces should stimulate and inspire people working within them.

That's why I founded the Preferred Office Club in 2003. It was just a small, 10-office space on the first floor of the Willard Office Building, but it was successful, and soon we had eight locations around the city. Through acquisitions and development, we built what is now Carr Workplaces, with 31 locations across the country.

Even with our growth, however, it was difficult to compete for corporate business. We had offices in all of the major cities, but large enterprises needed spaces in every city in America. To help Carr Workplaces and other small flexible office providers compete, I created Preferred Office Network in 2010 and we now have more than 350 locations in the US, Canada and Mexico. We’re part of the flexible workspace and co-working revolution, which is growing very quickly.

Bisnow: What’s your latest innovation? What’s the next way you see real estate companies playing a role in the success of businesses?

Oliver: We’ve seen that our clients are generally looking for three things. First, people want beautiful spaces in prime locations with access to amenities like fitness centers and healthy food options. Second, they want to be part of a community with connections that help them grow professionally and personally. Finally, they want support. They want someone to handle things like setting up their office, answering the phone, planning travel and taking laundry to the dry cleaner. They want the details taken care of so they can focus on running and growing their business.

Real estate companies have always provided the first item—space—and we’ve seen incubators and co-working centers focus on community, but those tend to be more social and less professional. We want to bring all three together, and that’s why we’re introducing the WorkReady Club. WorkReady gives businesses access to spaces, services and community, all in one place. It’s really about giving people the resources that will help them be successful.

Bisnow: So WorkReady provides support that enables people to thrive?

Oliver: Yes, and that's truly important. It’s why I founded Rising Stars in 2012. It’s a nonprofit organization that helps at-risk children get educational opportunities. Education's so important for our children and our communities—it’s the foundation that will allow them to be successful in the future and the first step in making them "work ready." It enables these children to take part in their communities, make a difference and give back to society.

Our annual Rising Stars winter fundraiser, Charity & Cheer, will be held at The Willard Office Building on Dec. 8. There will be a cocktail reception with holiday music by Austin Ellis of The Voice and a wonderful gallery show and art sale featuring pieces from American Painting Fine Art, with proceeds funding scholarships to help at-risk children attend top D.C. schools.

Bisnow:What advice do you have for entrepreneurs and those just starting out in the real estate industry?

Oliver: Cities are dynamic places that are constantly changing and not always in ways for the best. Look for places that are out of balance and lead with policy change that makes them right again. This creates places where people want to be, a vibrant community and opportunities to give back. It’s fun and everyone wins.

If you’d like to attend Rising Stars' Charity & Cheer on Dec. 8, tickets are available here. To learn more about our Bisnow partner, click here.