Madison Marquette, one of the developers behind The Wharf megaproject, has brought on a new president to lead its ambitious growth plans. 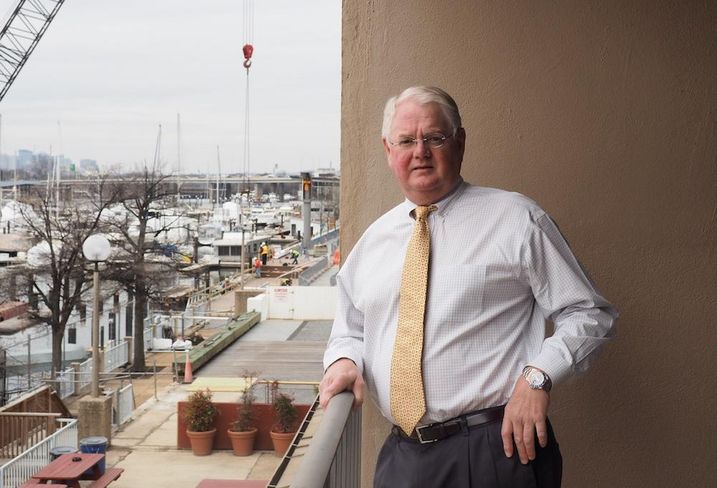 John Fleury most recently served as chief financial officer of Cassidy Turley. He helped with the transition after the firm merged with DTZ, but then decided to take 18 months off, which he used to spend time with his daughters and travel to the Bahamas and Southeast Asia.

Now Fleury is getting back into the game, and after exploring his options, he chose Madison Marquette, a firm with about $1B of assets under management, a huge development pipeline and other growing service lines, such as construction management, property management and leasing.

“Quite frankly, what Madison Marquette represents to me is comparable to what I accomplished with my partners at Cassidy,” Fleury said. “It looks like an opportunity in the services space, albeit slightly different services and product types, to take an organization, streamline it and grow it both inorganically and organically over a period of time. People here are very attuned to that. The organization is very well-positioned and I see it as a huge opportunity.”

Fleury first met Madison Marquette chairman Amer Hammour last summer, but they started spending more time together over the winter, he said. Fleury has been meeting with executives this week, but his official start date will be Monday, when Hammour returns from a trip to Geneva. Fleury said he hopes to grow the company by two or three times in the short-term, both in terms of assets under management and service revenue.

“We discussed and talked about a big commitment to the growth strategy,” Fleury said. “I think we’re both very committed to that strategy as well as the entire executive team and we see real opportunities to create equity value in the services side as well.” 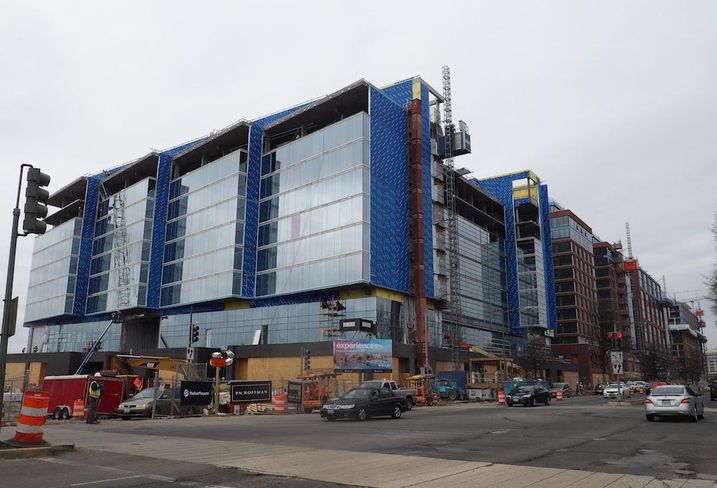 Having spent most of his career in real estate services, Fleury said he does not have much development expertise and said he will not have an active role in developing The Wharf. Since the development team has been working on the project for more than seven years and Phase 1 is nearing completion, Fleury said there will not be much room for him to have a significant impact on it, but he is excited to have a front row seat to what he calls one of the coolest developments in the country.

“I’m a waterman and a boatsman, any waterfront development gets my motor running,” Fleury said. “When you look at the connection from the Tidal Basin through the Washington Channel down through Anacostia, the redevelopment this region will see that the Wharf and the stadium have given rise to is extraordinary. They are big bets, and it looks like they’ll pay off in spades as that whole region becomes redeveloped.”

Fleury will work in Madison Marquette's DC office at 670 Water St. SW, overlooking The Wharf. While the waterfront office space isn't what sold him on joining Madison, Fleury said watching the way the firm brought the project to life showed him it would be an exciting place to work.

“I don’t think [Hammour] gets as much credit as he should in his ability to pull the transaction together,” Fleury said. “He was a big factor in that, and that speaks volumes to what the potential is of the organization. When there’s an opportunity to present themselves and partner with a professional of that caliber, that’s the real attraction.”

Madison Marquette is also working on developments in Seattle, Montgomery Township, N.J., and Asbury, N.J. In addition to its current development, the firm has properties in Florida, North Carolina, San Francisco, Los Angeles and New York. Fleury said the firm is in a development-focused phase of its cycle, which will create room to grow its other service lines down the road.

“They kind of feed off each other,” Fleury said. “When you have an asset, you get to provide property management and other services. Given the footprint that Madison Marquette has, it will create service opportunities for expansion in multiple markets. To me there’s a wealth of untapped opportunity.”