Celebrating a great 2014 and evidently still on a roll, a record 420 brokers poured into the Fairmont last night for the organization’s 31st annual awards. Golf pro shops around the region closed early due to lack of customers. 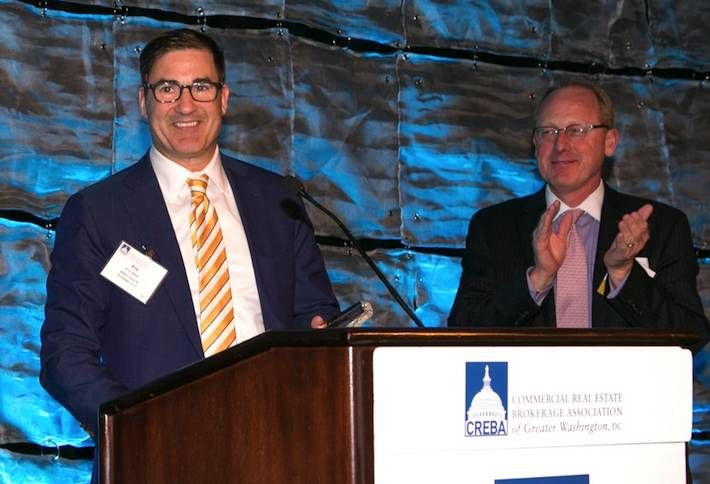 West Lane & Schlager co-founder Eric West won the James L. Eichberg Broker of the Year award for building a premier tenant rep firm specializing in not-for-profits like the Gates Foundation, Ocean Conservancy and Pew Research Center, as well as for mentoring younger brokers. Eric said he loved waking up each day and doing what he does. Brookfield’s Dave Bevirt spoke movingly of the community legacy of the late and revered Jim Eichberg, co-founder of Smithy Braeden. 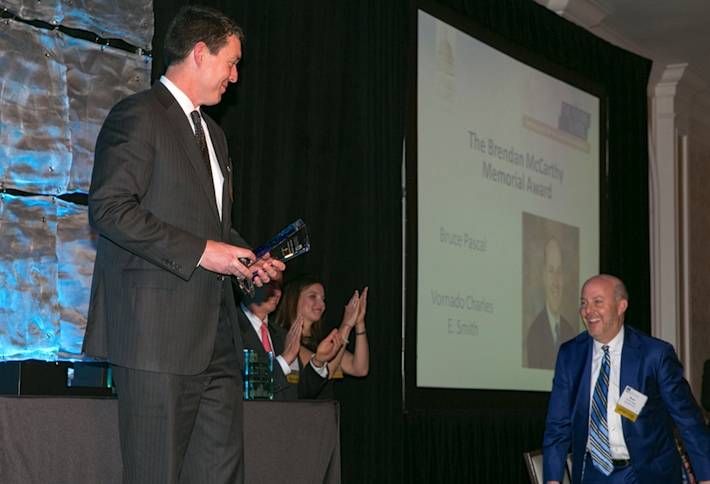 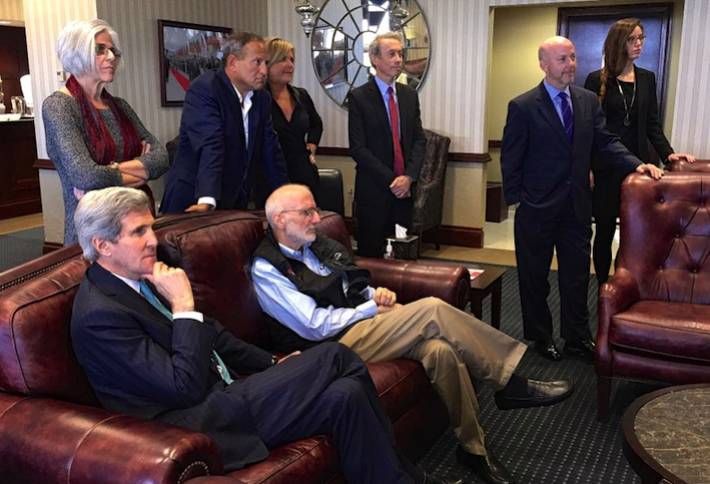 Bruce in action with Secretary of State John Kerry and Alan Gross. 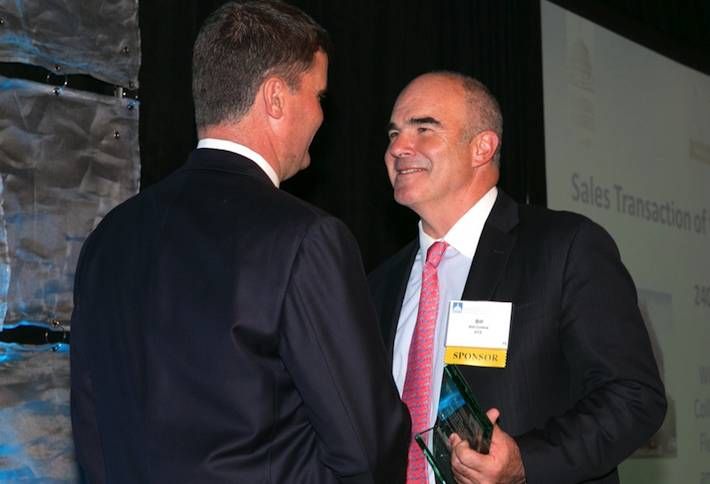 DTZ was Firm of the Year for sales and finance, with a whopping transaction volume of $4.5B. It was represented by investment sales king Bill Collins, though of course he has a stellar team (and brother) behind him. That's former GWCAR president Doug Olson doing the presenting. 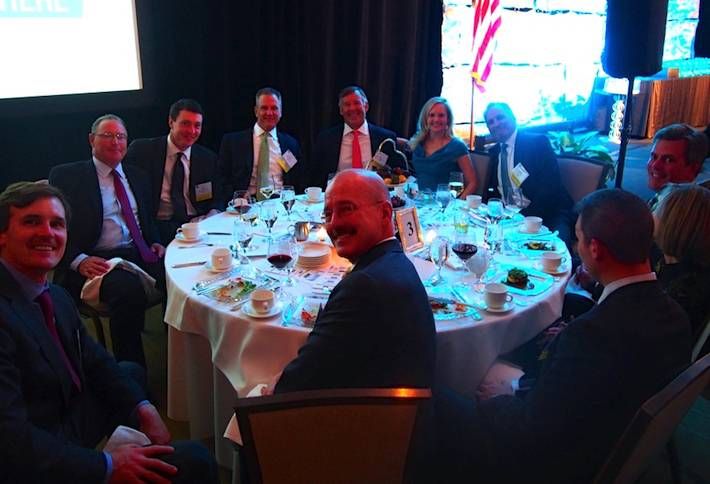 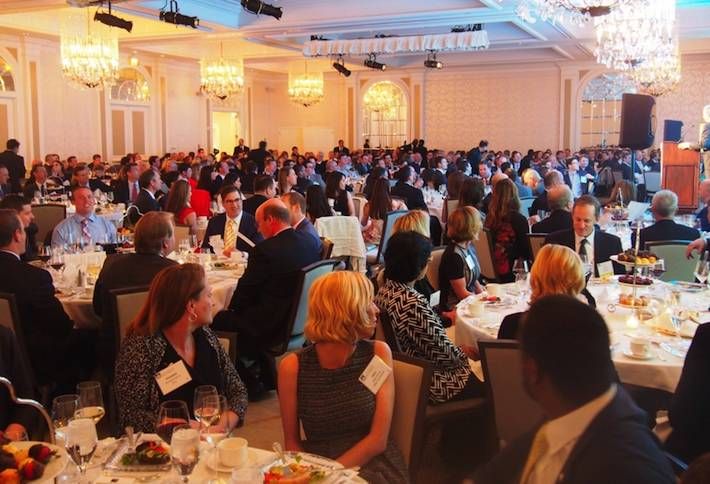 CREBA, of course, used to be GWCAR, but they’re doing lots of new things besides their name, like lowering dues by 30% and broadening their popular “CREBA Classroom” education series from young brokers to folks of all ages who enjoy learning how to dissect a lease. 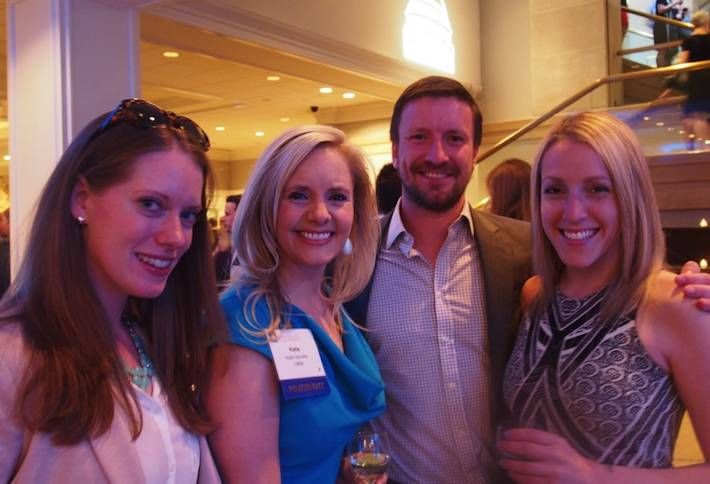 CBRE’s Katie Gorretta in the blue is CREBA’s president this year and shepherded a magnificent event in complete calm and cheer even though she’s getting married next month. (Giving her support here, Bisnow’s own amazing team that helped promote the program and prepared a, gasp, hard copy program: Marie Finnegan, Mike Ponticelli and Whitney Cohn.) Katie has quite a backstory: Growing up on a pinot noir vineyard in the Willamette Valley of Oregon, she came to GW to study political management, then got hired by Brian Connolly at Akridge to do market research, quickly shifting to brokerage. After 10 years there, she came in 2014 to CBRE as a landlord rep. Today she’s working leases for Edge Fund’s 1350 Eye, Piedmont’s 250 E St SW (just signed a 90k SF lease), JBG’s 1600 K (the art deco bldg. with PJ Clarks where she’s got a couple spec suites to offer), and New Boston Fund’s 111 K St. Next month the wedding’s in Old Town, but no rest until August when they go to Kauai. 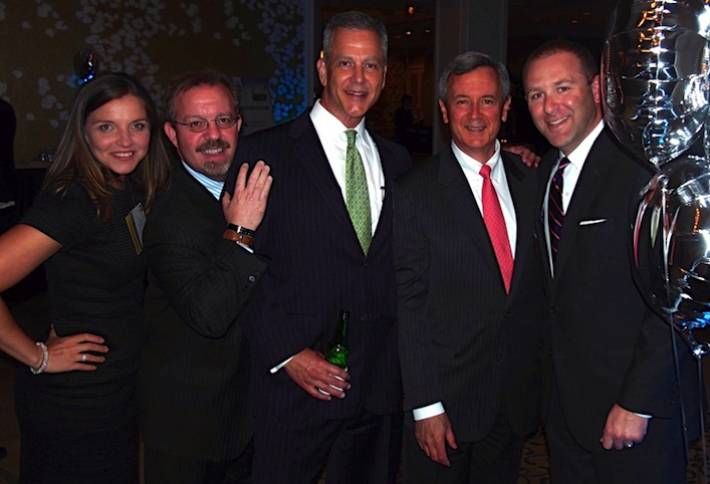 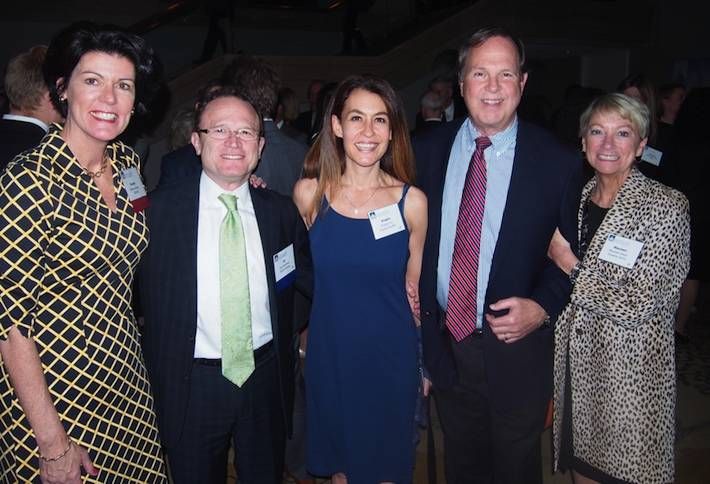 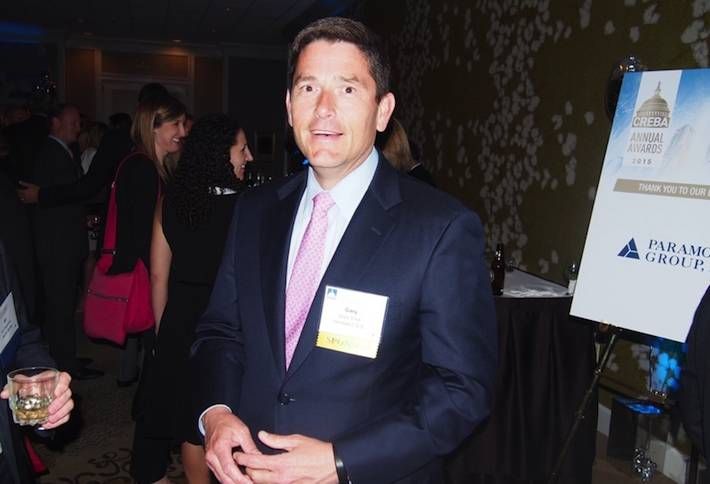 Vornado’s Gary Cook: We heard a rumor he MIGHT be called again into service.