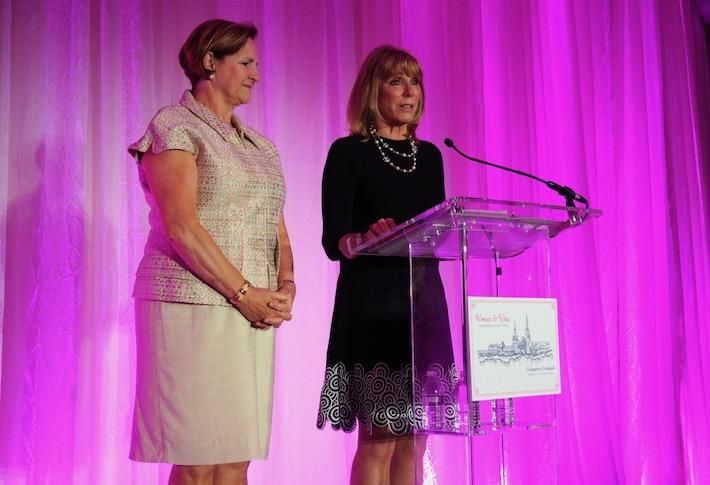 When Baker Tilly's Barbara McDuffie and Brandywine Realty Trust's Janet Davis started the annual Women & Wine event to raise money for breast cancer research in 2006, 90 women were in attendance. The event has grown exponentially over the last 13 years.

Wednesday evening, more than 750 women packed the ballroom at The Ritz-Carlton Tysons Corner. The event raised about $730K to support the Georgetown Lombardi Comprehensive Cancer Center.

Since its founding, the event has raised nearly $4M to support breast cancer research. The sponsors and attendees primarily came from D.C. commercial real estate, but other industries were also involved. 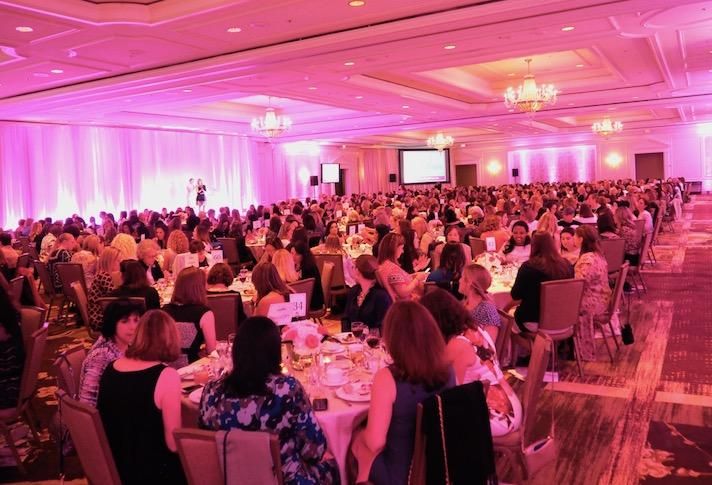 During the welcome remarks for the event's dinner portion, Davis and McDuffie asked the breast cancer survivors in the audience to rise, and over a dozen women stood. Then they asked everyone who knows someone who has been diagnosed with breast cancer to stand up, and nearly everyone in the room was on their feet.

"It's women helping women," Davis said. "You think about the number of people that have a mother, a sister, a best friend who has had breast cancer."

The event recognized one breast cancer patient as the 2019 Spirit of Life Honoree, Lena Markley. A D.C. native, Markley in 2010 started her own graphic design company, Dovetail Design Studio. She was diagnosed with breast cancer in April 2014 and has been treated at the Lombardi Cancer Center.

"Today, she is thriving and enjoying life thanks to her outstanding medical treatment, supportive network of friends and family, and her strong positive attitude," a biography of Markley handed out at the event read. 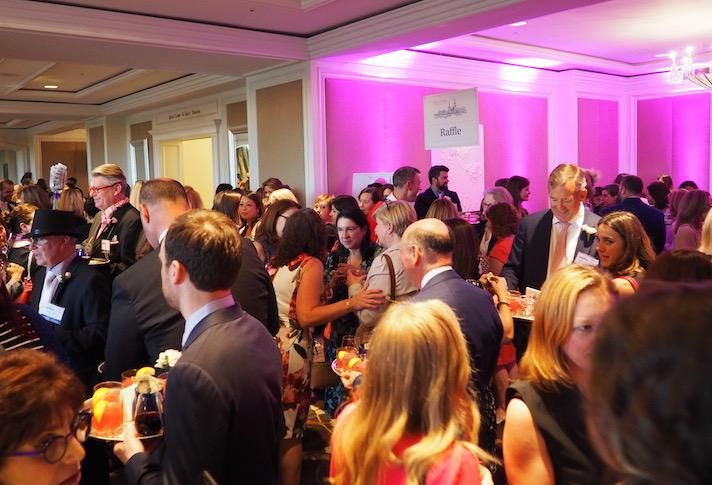 A packed cocktail reception preceded the dinner portion of the evening. A group of men called "wine dudes," many of them high-ranking commercial real estate executives, handed out drinks to women on trays and received tips that went to the cancer center.

The cocktail also featured a silent auction with over 200 items to bid on from watches to sports tickets to vacations, with the proceeds going to the cancer center.