The History of Alexandria

This is the ninth edition of Bisnow and United Bank's Neighborhood Guide Series. This version covers the Northern Virginia city of Alexandria. For a map and links to the previous jurisdictions covered in the series, including Montgomery County, Northeast DC and Tysons, click here. 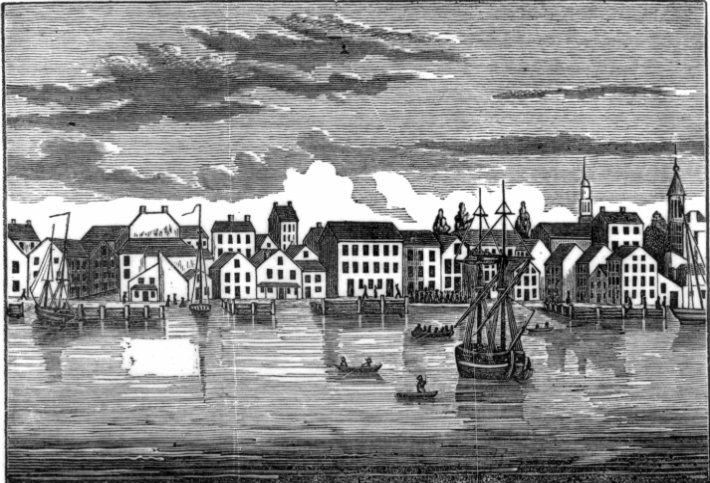 Human settlement in Alexandria dates back at least 13,200 years, the age of the oldest artifacts found in the area so far. Space limitations being what they are, we'll begin with the first European settlement in the 17th Century.

Sir William Berkeley, one of the most important early governors of Virginia, awarded much of present-day Alexandria to an English ship captain named Robert Howson on Oct. 21, 1669. The city may well be named for him today, had he not sold the land to another captain named John Alexander less than a month later, for 6,000 pounds of tobacco. In spring 1749, the Virginia General Assembly selected the site to be the region's new shipping center, naming it Alexandria in the Scotsman's honor. Safe to say Howson would have been kicking himself had he been alive then.

By the end of the 18th Century, Alexandria was one of the busiest ports in the New World, serving as a major export center for flour and hemp. Such was the city's significance at the time that George Washington maintained a house here and served on the governing board. The legendary Confederate general Robert E. Lee also grew up here.

With the rise of "King Cotton" in the 19th Century, the port became a major slave market. Just days after Virginia seceded from the national government in the spring of 1861, Federal troops arrived to Alexandria to reclaim it for the Union. The city became the logistical supply center for the federal army, which would spare it from the devastation wrought upon other major Southern cities. Troops and supplies arrived in Alexandria to be sent as needed to the front, and many of the town's largest buildings, including The Lyceum, were temporarily repurposed as hospitals. By the end of the war, the city was in economic, if not physical, ruin.

Over the next century, Alexandria worked to recover its former prosperity, this time based on industry rather than agriculture. Electricity and telephone services arrived in the 1880s and by the turn of the century, new neighborhoods were appearing on the city limits.

Like the Civil War before it, the Second World War transformed the city. National Airport arrived at the beginning of the war on Alexandria's northern edge. Investment from the federal government brought an influx of people from all over the country, and the stream of money and people only swelled in the postwar period.

In the mid-1960s, local leaders sought to convert the old colonial port into a modern city. Their efforts spawned not only new boutiques and retail stores in the historic Market Square, but also a counter-movement to preserve the oldest parts of the city. Among the buildings saved during this time were The Torpedo Factory Art Center, The Lyceum and the Carlyle House.

The town's present character emerged out of these joint, often opposing developments. Alexandria is home to many national corporations, shops and restaurants, while buildings dating back to the late 18th Century survive in the "Old Town" as reminders of the city's long history.