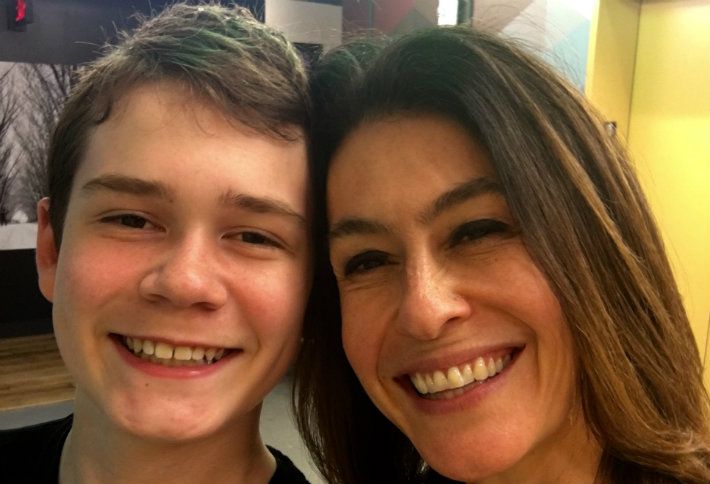 The new WeLive in Crystal City officially opened its doors last week to great buzz, and one of its first residents is none other than Crystal City Business Improvement District president/CEO Angie Fox.

Angie, pictured with her 13-year-old son, experiences firsthand the WeLive concept she helped bring to the area. Angie’s affinity for WeLive’s goal of cultivating a community among residents comes as no surprise, given that she's has spent the last 10 years working to strengthen the community of Crystal City.

“My early WeLive experience perfectly matches the value proposition being offered—simplified, yet socially connected living without any hassle,” says Angie. “My commute is virtually nonexistent, and I love the yoga classes in the new studio, as well as the pop-up family dinners in the community kitchen.

"At the same time," she continued, "my apartment offers a clutter-free and very quiet space for when I simply need my me time, while my son plays video games with our neighbors in the community entertainment room.”

Angie’s experience seems to undercut the notion that WeLive is a niche product for recent graduates or sorority sisters looking for an extension of the college social scene. WeLive hopes its community-centered approach to residential living can appeal to a wide demographic, and eventually become as common for residential offerings as co-working has for the commercial marketplace.

WeLive and the 25k SF WeWork space, on the top two floors of the same building, are helping to anchor Crystal City as the region’s innovation district, along with TechShop, 1776, Eastern Foundry, the Consumer Technology Association, and countless other innovative businesses, startups and creative workers.