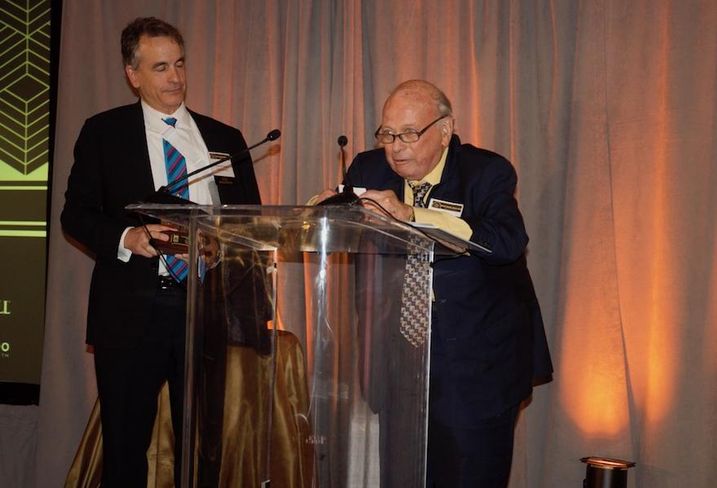 The DC commercial real estate industry showed up in big numbers Wednesday night as CREBA honored six forefathers of the industry as its inaugural Hall of Fame class.

Peter Speier, who started the DC office of Savills Studley in 1966, was touted as one of the brokers who revolutionized tenant representation. Speaking above, next to Savills Studley's Tom Fulcher, who introduced him, Peter reflected on how far the industry, and the city, has come.

"The most important thing is how all of us have turned into great brokers in a great city that has taken over," Peter said. 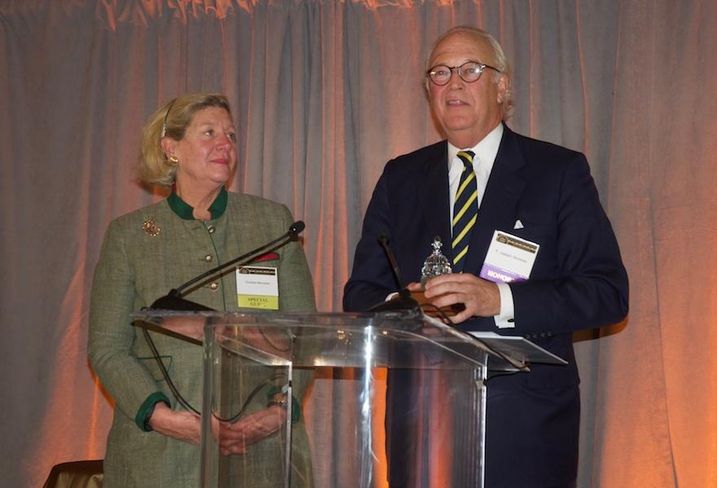 Joe Moravec, who worked as a top executive for Grubb & Ellis and president of Barnes, Morris, Pardoe & Foster before becoming commissioner of public buildings for the GSA in 2001, accepted the award, above with his wife, Gussie.

Reflecting on how he first broke into the DC real estate industry after moving from Boston, Joe credited his wife with helping him make the transition.

"I didn't know anything about the market or anyone in the market," Joe said. "So on the weekend, she would drive me around to the buildings and I would write down the tenant roster." 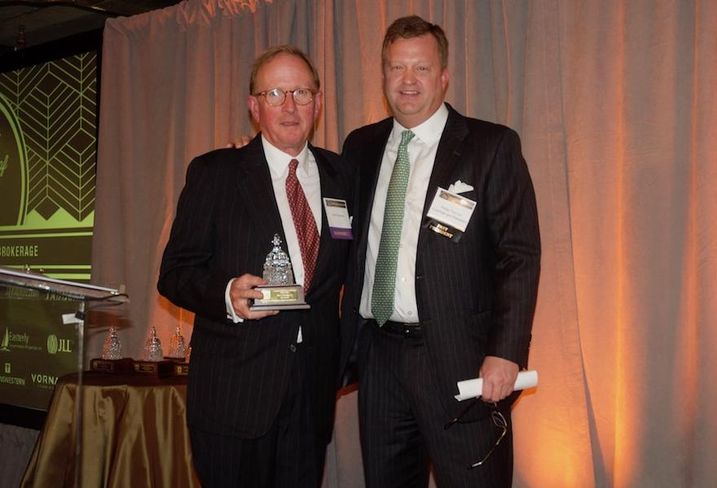 The third living member to be inducted, John Donavon, has been called the dean of DC commercial real estate. He led operations for CarrAmerica until his retirement in 2005. Above, he's holding his award as he poses with Cushman & Wakefield's Philip Thomas. 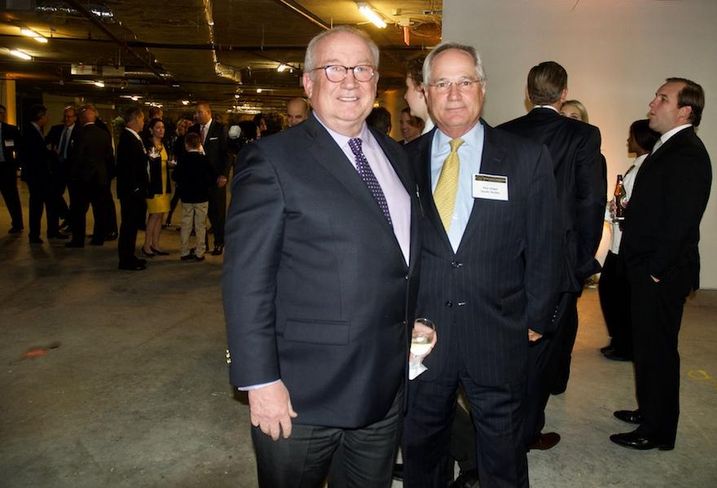 Boston Properties' Ray Ritchey, here with Savills Studley's Rick Segal, served as the event's MC. He praised each inductee as epitomizing the model of a real estate broker, both professionally and personally. At the close of the event, he noted one of the ways the industry has changed since the previous generation.

"This year's class is reflected of the social dynamics at the beginning of our industry: six old, white guys," Ray said. "But now, 35% of CREBA is minority or female, and they are many of our most successful and impactful industry leaders."