More on Yesterday's State of the Market 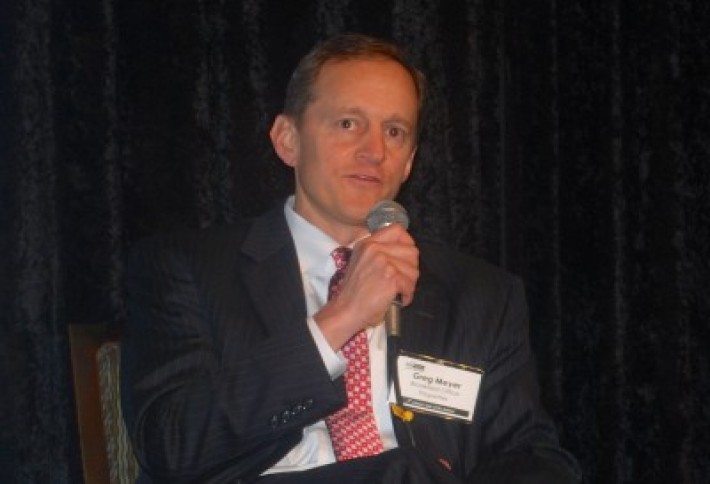 Brookfield DC chief Greg Meyer is a happy man, having just renewed the firm's largest local tenant, the TSA, for 546k SF and five more years in Pentagon City. Greg says while a GSA tenant like the TSA is opting to stay put, many law firms and government affairs offices will continue to fly to quality, forcing some landlords to perform full renovations on older buildings to keep occupancy up. He says Brookfield is putting $12M into 799 9th St in the East End to take the property from Class-A to trophy. 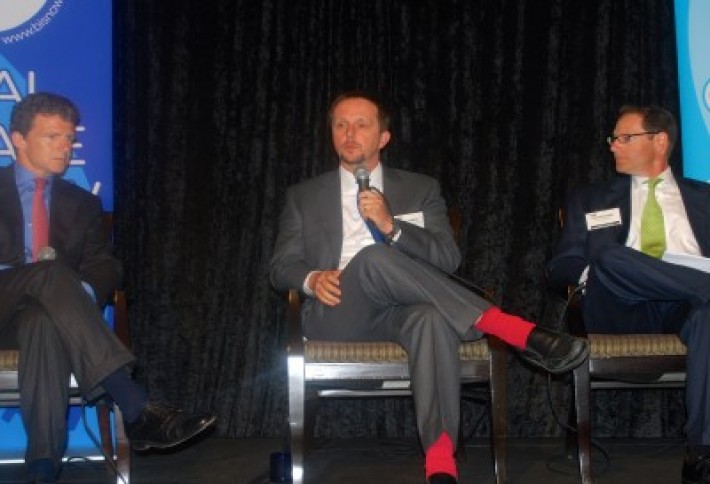 Red socks are a metaphor for the luxury tenants seek. The flight to quality means landlords are essentially "poaching from each other" for blue chip tenants, says Penzance co-founderVictor Tolkan (flanked by Walker & Dunlop CEOWilly Walker and CohnReznick HQ co-managing partnerDavid Kessler). Concession packages change as a result, Victor says, though they vary by submarket and are "less about rate and more about free rent and TIs." 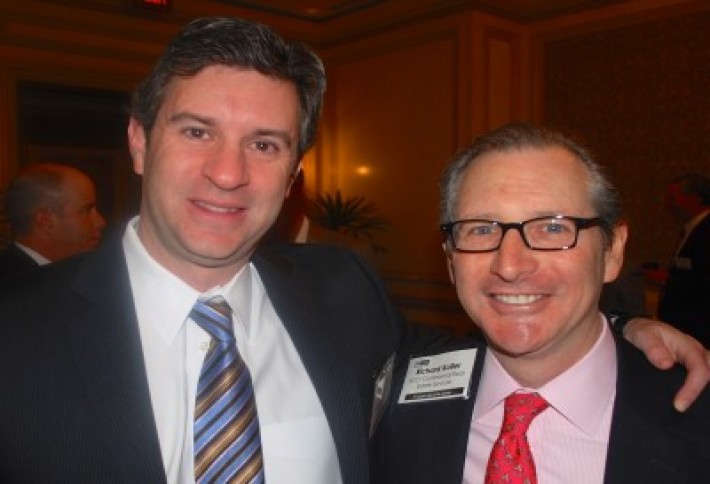 Over coffee just before the event, Phillips Realty Capital's Russell Dalin (with KCCI's Richard Koller) told us his firm helped place over $1B in debt and equity last year (primarily in the DC region) and hopes to hit the same number this year. 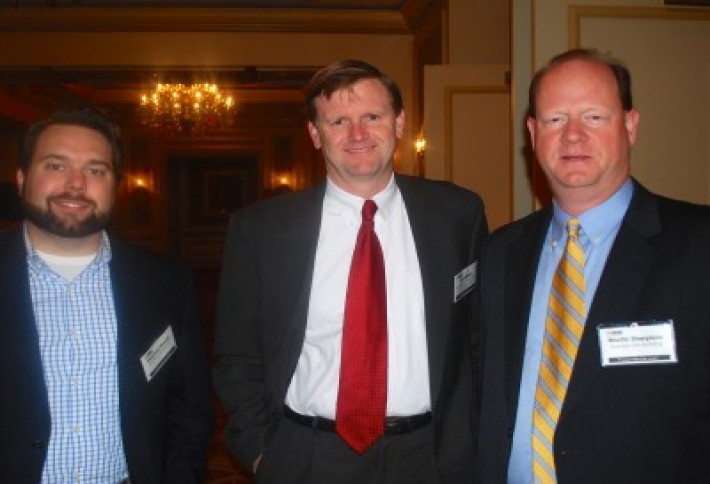 Skanska's Martin Sharpless (right, with JBG's Stephen Powell and WRIT's Tom Morey) tells us the firm hopes to break ground on the office portion of 88 M St in NoMa this fall. Stephen's working on JBG's 268-unit Louis at 14th/U complex, which he says should deliver toward the end of 2013. 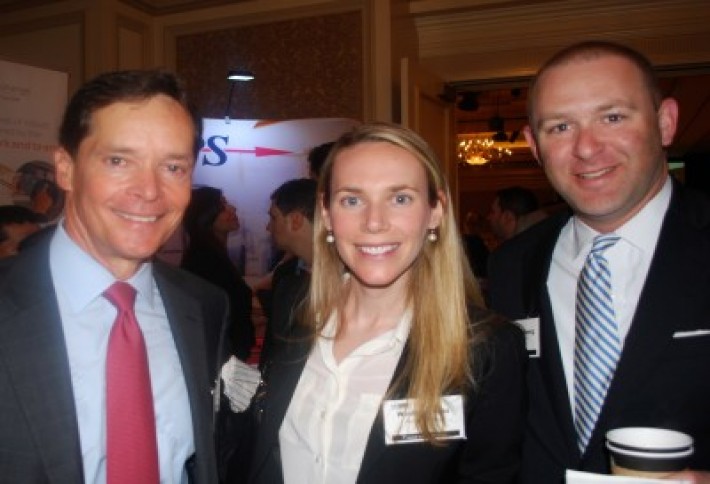 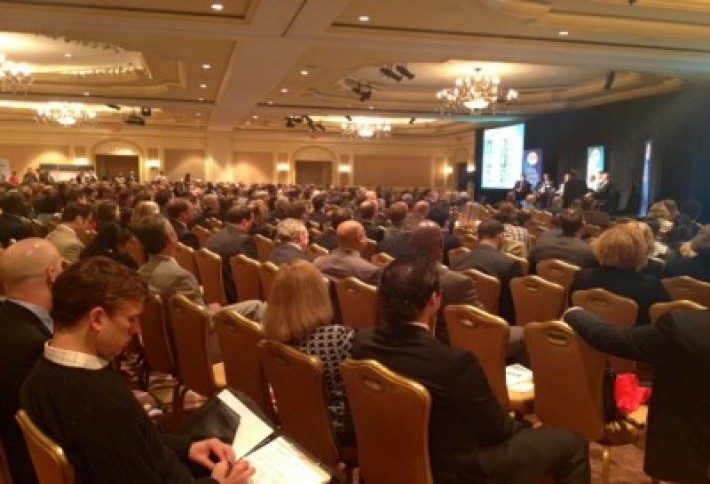 Thanks again to the nearly 800 of you who packed the Ritz-Carlton for the event.