More On The Dulles Corridor 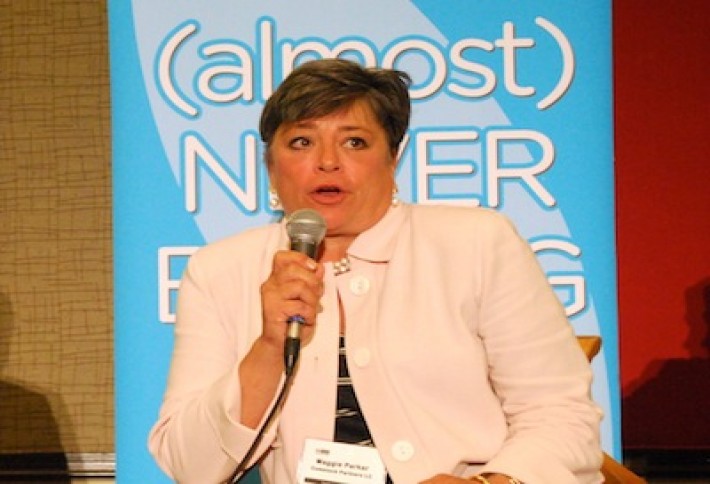 What makes a market hot? Strong infrastructure, a power grid, fiber, a big network, and a highly educated workforce. That's why the Dulles Corridor (especially the Loudoun County side) is such a target for developers, says Comstock Partners communications and community outreach director Maggie Parker, a panelist last week in Reston at our Future of the Dulles Corridor event. Data centers have found a home in Loudoun, which she says will attract other tech entrepreneurs. Her firm is well under way on Loudoun Station, a mixed-use project along the Silver Line that includes 1M SF of Class-A office. 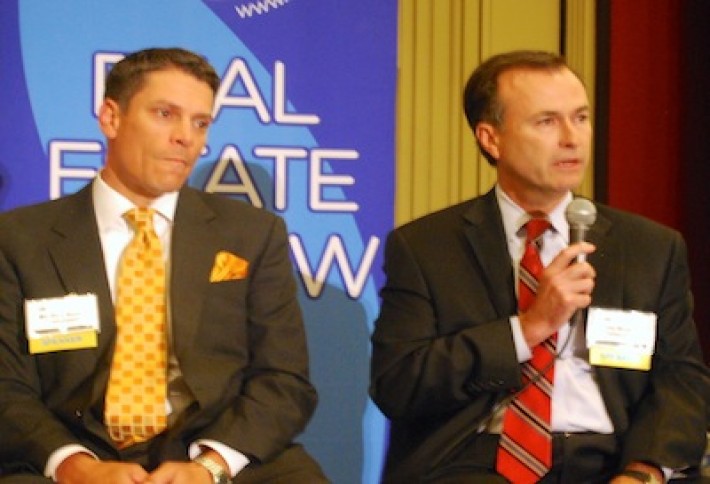 Transwestern SVP Matt Bundy tipped his hat to Reston founder Bob Simon's vision for a truly liveable and workable community. He'd love for net absorption to be better, but looking at the big leasing deals over the last few years, many of them have been along the corridor in Reston and Herndon. (And large pending deals in Reston are wrapping up this summer.)Tishman Speyer managing director Tony Womack also noddedtoBob by emphasizing that the office environment is a place, not just space. The environment surrounding the office has become more of a driving force. 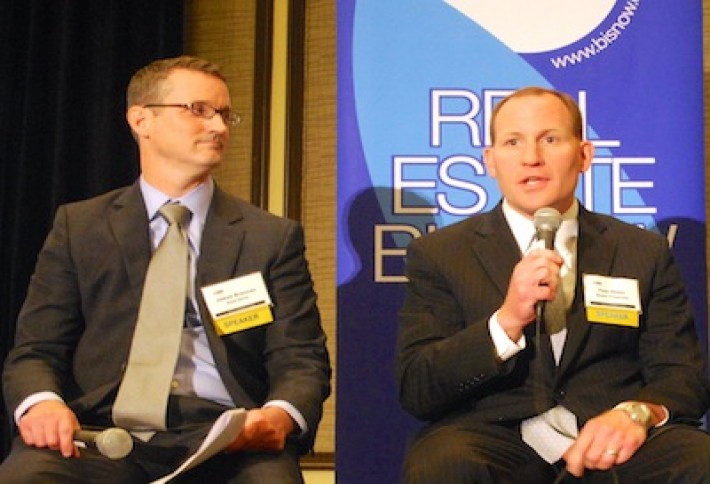 Boston Properties VP Pete Otteni(right, with Reed Smith partner James Brennan) says it's inevitable that rents around the future Silver Line stations will be higher. The infrastructure around transit stations--underground parking, stormwater management--make development costs higher. Pete also suggested a "road diet" to encourage other modes of transportation along the corridor. There has to be a feeder bus system and trails that make it easy for people to get to Metro stations. (After this weekend's BBQ binge, we're open to any diet, even if it means we can't eat roads.) 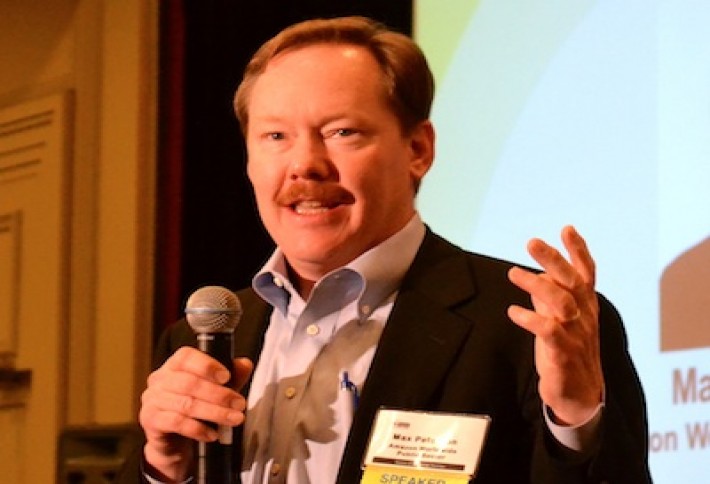 Amazon Web Services global public sector GM Max Peterson says what's been most exciting about his company's expansion in Northern Virginia is the fact that other businesses are growing by delivering their solutions on top of Amazon's cloud. And large firms are able to help government and education customers also delivering new solutions through the cloud services. That's why the company has taken new space in Herndon and plans to hire 500 people to support IT and engineering services. 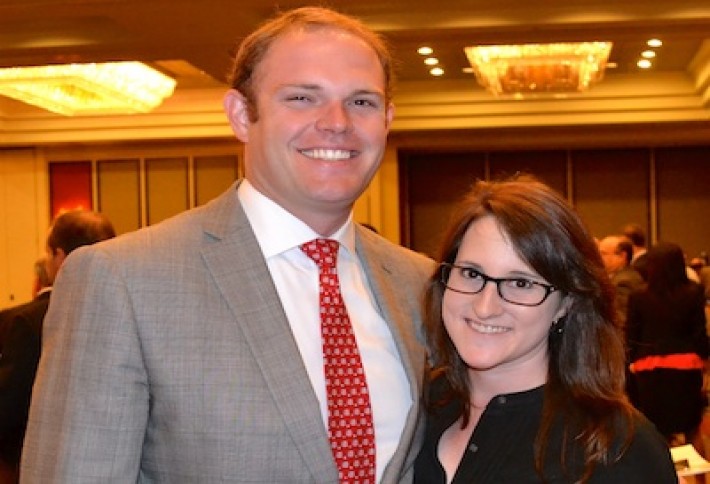 Kastle Systems account managers Jeremy Heffner and Rebekah Freeman tell us all is coming along nicely with the security company's r ecent acquisition of CheckVideo, a video surveillance company. It's Kastle's first purchase in 40 years. Back then, video surveillance involved a really fast sketch artist. (Is it just us or does Jeremy look a little like Kastle chairmanMark Ein?) 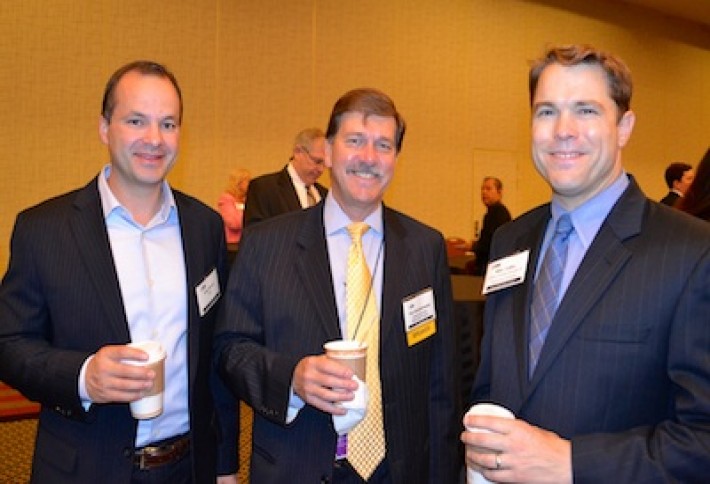 We also spotted MBP biz dev director Greg Stavrou, Dulles Corridor Metrorail Project executive director Pat Nowakowski, and Rep. Gerry Connolly's outreach director Mike Collins. Pat gave us an update on the Silver Line: thefirst phase will be up and running by the end of the year, and then it's on to Phase 2 toward Loudoun.