Join Us for Our Big NoVa Event May 24 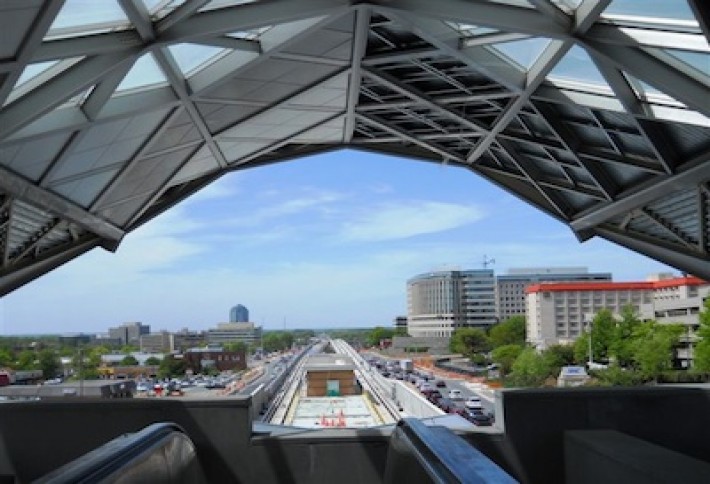 Not many heads of large transportation projects can say they're delivering on time. But Pat Nowakowski can when it comes to the Dulles Corridor Metrorail Project. You'll hear more about it at Bisnow'sFuture of the Dulles Corridor event on May 24 (sign up here), where we're gathering Pat and other market experts.Phase 1 is on target to wrap up in September, just slightly off from the original timeline. (Weather has a way of delaying things.) That's when the Metropolitan Washington Airports Authority will turn the project over to WMATA for additional testing. FiveSilver Line stations will be up and running by the end of the year, Pat says. And as soon as commuters start hearing "the doors are closing" chime, Phase 2 from Wiehle to Ashburn will start.

Traffic won't be the only thing changing in the Dulles Corridor. The dozens of government contractors that have called the corridor home will still dominate but may take up less space, says Transwestern SVP Matt Bundy, who's also speaking. Sequestration will bring consolidation, shrinking the industry's square footage. The corridor could also see some mixed-used developments near future Metro stops, attracting some of the younger tech workforce. Matt, who's worked in the corridor since '92, says he's also seeing lots of big-block activity. Any building owner that can offer amenities like Metro shuttles to Reston Town Center, fitness centers, showers/lockers, conference facilities, on-site food options, exterior/roof-top tenant spaces, and signage will be the winners.