How GSA Should Do It 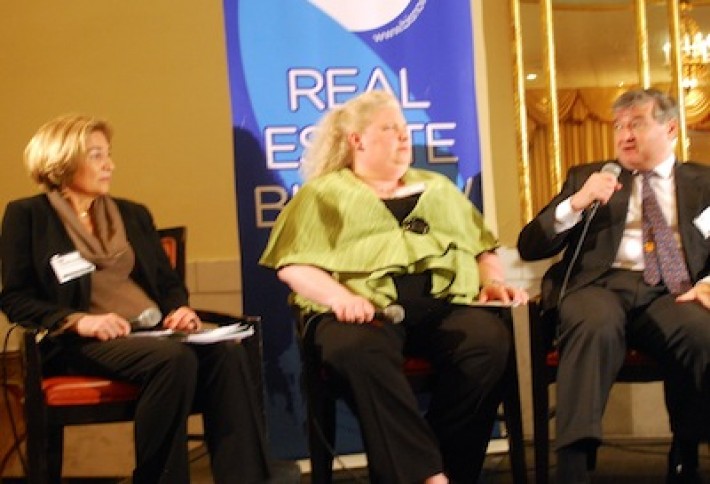 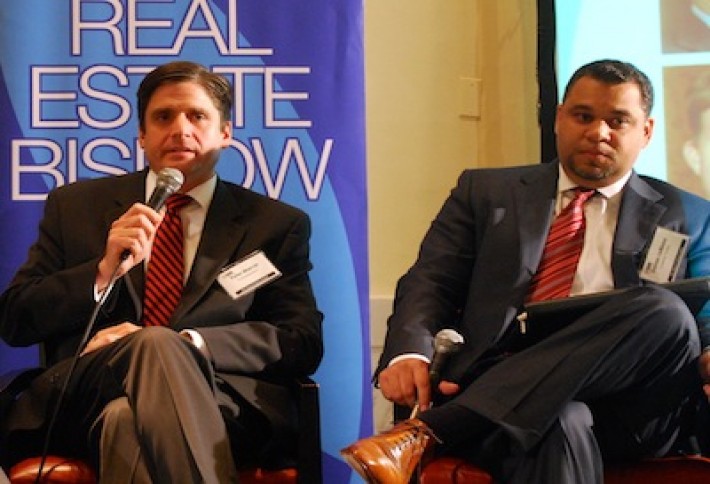 Transwestern's Pete Marcin (here with Cassidy Turley'sDarian LeBlanc) counters that lag time in inking government leases may be inevitable since officials in charge of leases in many agencies lack extensiveexperience in the field. And dealing with a shrinking footprint makes real estate decisions difficult, he says, unlike mapping out plans in times of growth. 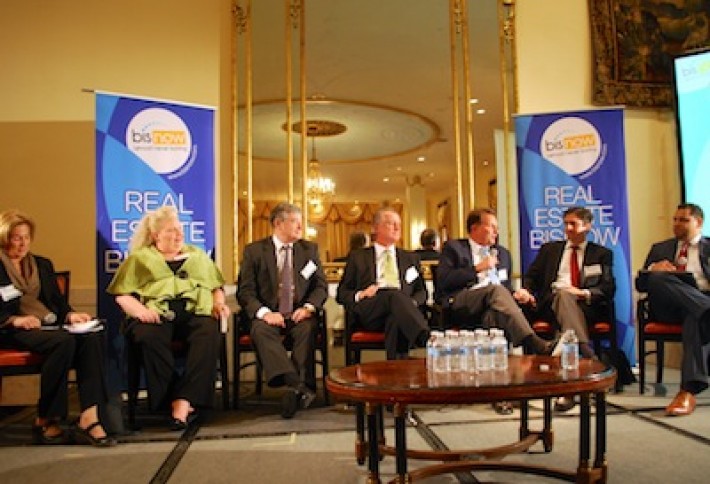 Despite the elegant mirror, our photographer kept his reflection out of this picture. He later turned into a bat and flew to a groundbreaking. Darian polled the panel on the fate of the FBI and its current site on Pennsylvania Ave. In order: Dorothy opted to stay out of the discussion; Marcy's pulling for Greenbelt (a site she's marketing); Steve says "it's PG County's time"; Trammell Crow's Tom Finan says selling the old site with abuild-to-suit for the new HQ is best; JLL's Joe Brennan predicts "a dogfight" between the jurisdictions; Pete wouldn't predict a winner but says whoever doesn't get the FBI might get a nice consolation prize. As for Darian? He agrees with Tom. 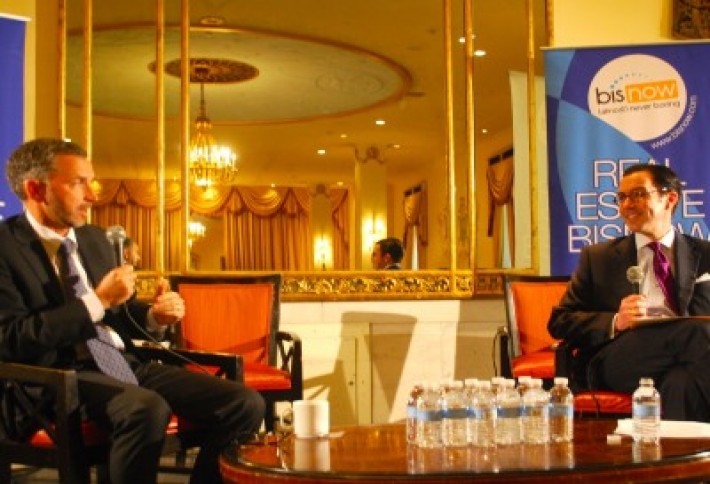 And the GSA's response? Acting Administrator Dan Tangherlini (with Arent Fox policy guru Jon Bouker) says teleworking is "an absolute key to realizing efficiencies" within the government's portfolio. Dan, who's been nominated by President Obama for the full-time GSA top gig, says the approach worked well during Hurricane Sandy, demonstrating the resiliency of government employees and a new way to increase productivity. (If a mailman teleworks, he'd answer the door when he delivered mail to himself. Is your mind blown?)