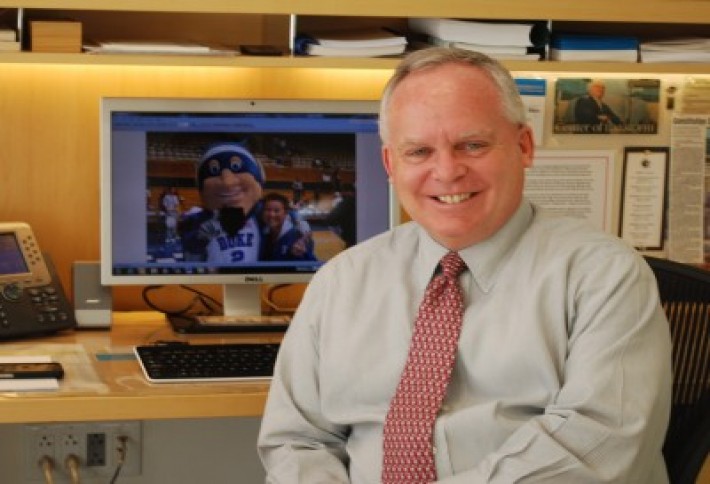 DLA Piper's Fred Klein (whom we snapped last week) has worked on some high-profile DC deals (Dulles Town Center Mall, Tishman Speyer's $2.4B purchase of the CarrAmerica DC portfolio, and the December sale of Constitution Center). But Fred himself is known as pretty low-profile, and we consider it a bit of a coup that we could coax him on camera. When asked about what he's proudest of, Fred says it's the relationships he's formed as part of those deals. The Duke grad, originally from Cumberland, Md., says while deals come and go, "I love personal relationships. I thrive on them." 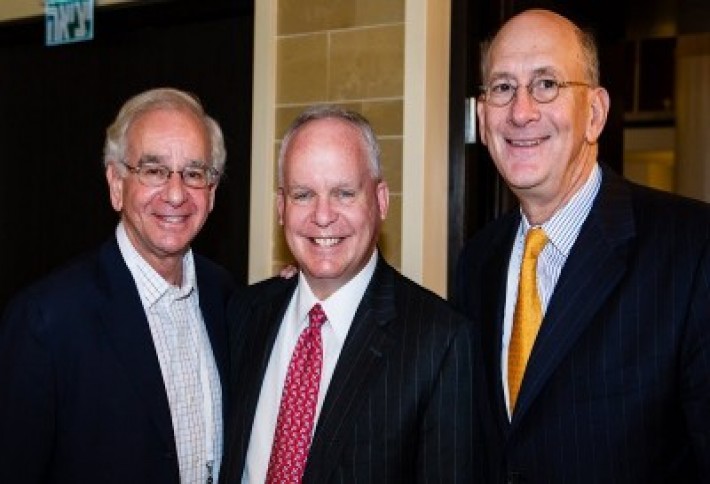 Here's Fred on Monday at a DLA Piper event in Tel Aviv with mentor Sheldon Weisel and colleague Jay Epstien (no typo). We tried to charter a 737 press plane to follow him for this story, but our penny-pinching boss turned us down. Fred highlights his 32-year partnership with Jay"a primary reason for my success." Out of law school (U of Miami), Fred says real estate wasn't on his radar. But while a young attorney at then Shaw Pittman (now Pillsbury), mentors Steve Huttler and Sheldonroped Fred into a few real estate deals, and as he puts it, "I was hooked." 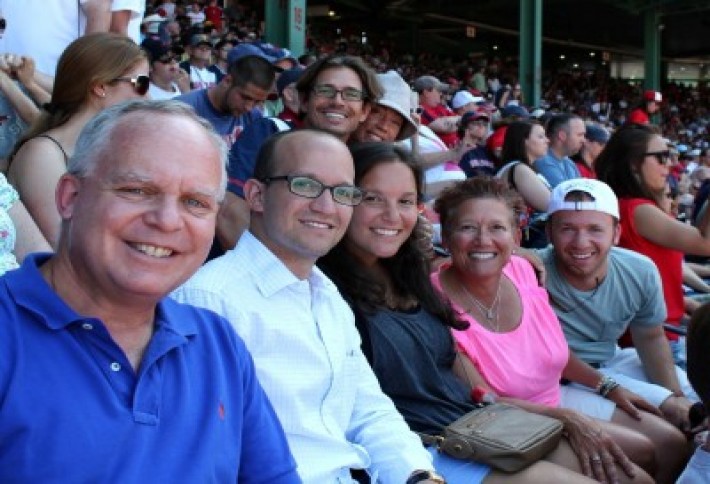 Fred says he enjoys nothing more than spending time with wife Jill (an AU prof) and kids Max, Sam, and Susie. Max is living in Beijing, and Fred recently paid him a visit. Sam followed in dad's footsteps at Duke, graduating in 2011, and Susie's currently a sophomore at Pitzer College in LA (majoring in organizational studies). Here's the fam catching a game at Fenway Park. It's not surprising to see Fred at a game - he's a serious sports fan (rooting for Duke, the Nats, and Wizards) and saw the Nats play in six different cities last year, including LA for Bryce Harper's debut. (Is there such thing as a sports stalker?)