The brokerage big leagues are about to be shaken up. (A bit like wild cards making the World Series.) Cassidy Turley's name will disappear Dec 31, but its impact will become larger than ever. Get used to the name DTZ, right up there with CB and JLL. And get ready for more industry consolidation. 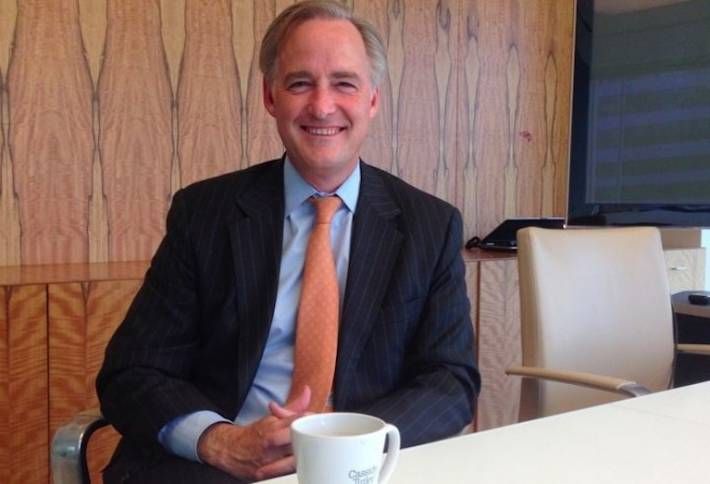 On Friday your publisher snapped Cassidy Turley CEO Joe Stettinius in his office at 21st and L. His board of 32 a month ago voted unanimously to be acquired by 240-year old, 45,000 employee DTZ at the end of this year. That first requires the acquisition of DTZ from UGL on November 5 by a high-octane consortium of TPG Capital, PAG Asia Capital out of Hong Kong, and the Ontario Teachers' Pension Plan—in other words, two iconic private equity firms and a major pension fund that manage, respectively, $66 billion, $11 billion, and $146 billion dollars of investment including vast portfolios of real estate. Joe says it's a bit analogous to the impact of crowd-funding: "We'll go from a few people knowing a lot about us to a lot of people knowing something." 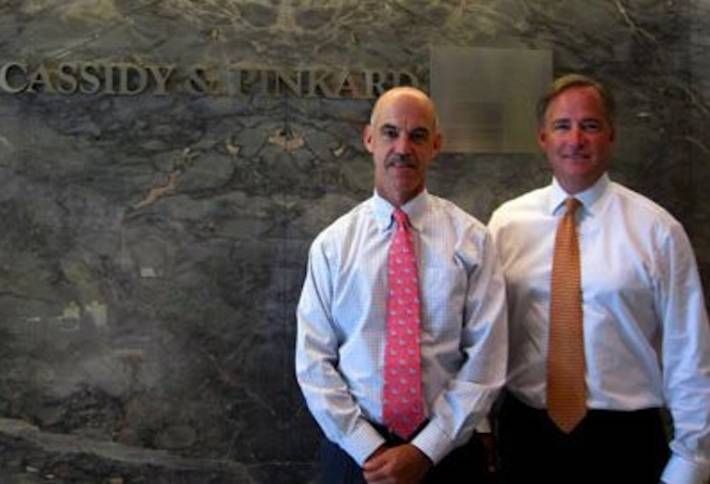 Quite a leap from the humble 1981 origins of Cassidy Pinkard, co-founded by Bob Pinkard and the late Pat Cassidy. The firm grew into a DC powerhouse, with its first national expansion moves coming in August 2008, the month before Lehman collapsed; here's a picture we took a year later of Bob in August 2009, the day he announced he'd be stepping down as chairman to become a private investor. In April 2010, with Joe at the helm, the firm formally re-launched as Cassidy Turley. (Eerily, this was the same month that Apple released iPad, which continues to blatantly copy Cassidy in putting out a new and improved version this month.) With the vast financial resources and brainpower of new global ownership, Joe sees huge new access to data, technology, influence, and market opportunity. 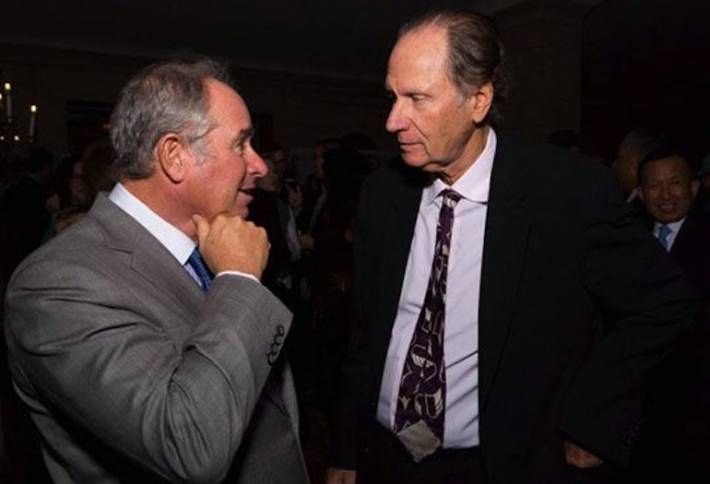 So why would one of the world's astutest investors like TPG founder David Bonderman (right, with Blackstone CEO Steve Schwartzman) zero in on this industry? Perhaps because figures show that although the Big Four accounting firms have consolidated 80% of their profession's business, only 10 to 20% of commercial real estate brokerage transactions flow through its four top firms. With a highly fragmented universe that includes other national players like Newmark, Transwestern, Colliers, HFF and Eastdil, NAI, TCN, CRESA, Sperry Van Ness, as well as multiple super-regionals, analysts are not surprised new entrants have appeared like Avison Young, or that Newmark has acquired Grubb and Savills has merged with Studley. Bonderman, a onetime Arnold & Porter lawyer and Bass Brothers adviser who started predecessor Texas Pacific Group 22 years ago, has a reputation for playing to win. 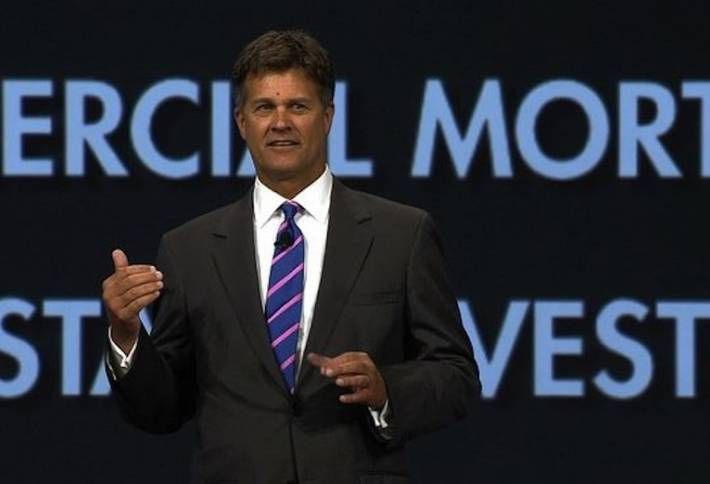 Also adding to DTZ's firepower: Brett White, who stepped down as CBRE's global chief two years ago. He's known to believe the industry can use new entities and solutions and is personally investing in DTZ and becoming its chairman. In an era of falling vacancy rates and rising rents, he would not be alone in foreseeing a major new cycle of brokerage activity. 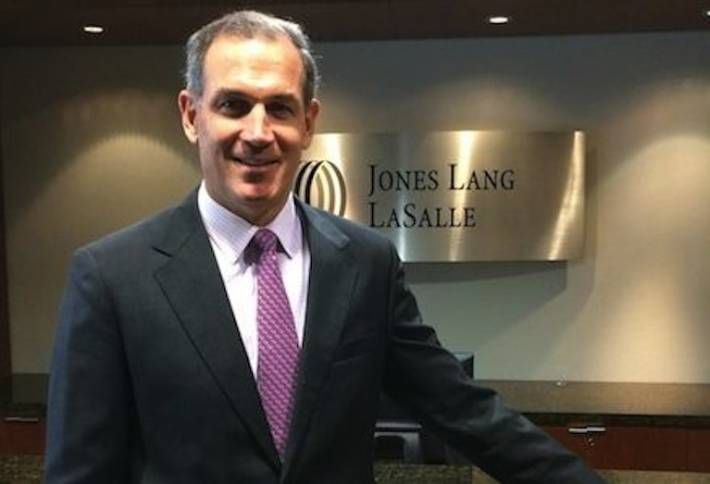 Joe, for his part, will become DTZ's CEO of the Americas. Have you noticed—suddenly three major brokerage CEOs of the Americas will be located in DC: not just Joe, but JLL's Greg O'Brien (pictured) and Cushman's Jim Underhill. What accounts for that? Maybe that they're all former Trammell Crow guys? That firm was known for a culture that attracted entrepreneurs. Maybe it's that DC as the country's second largest office market has always attracted top pros' attention. Or maybe they all just like losing cell phone reception on River Road. 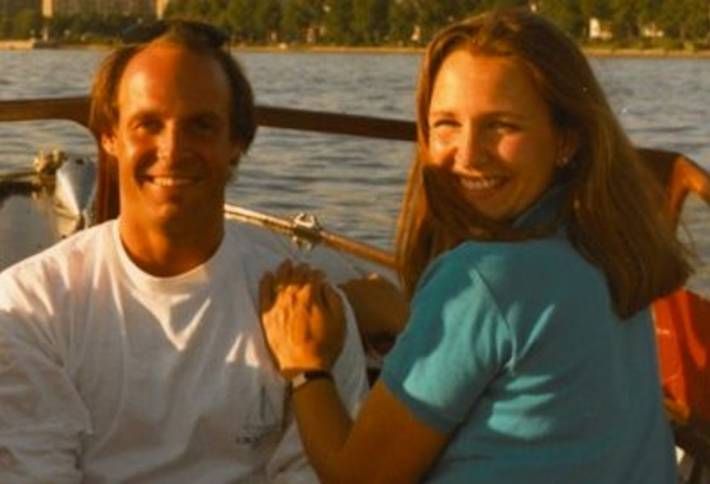 Some say the current corporate real estate environment reminds them of consolidations that occurred in the mid-90s. To illustrate how things change in the industry, here's key Cushman key player Jim Underhill 30 years ago. (For the record, Brandywine's Janet Davis has not changed at all.) 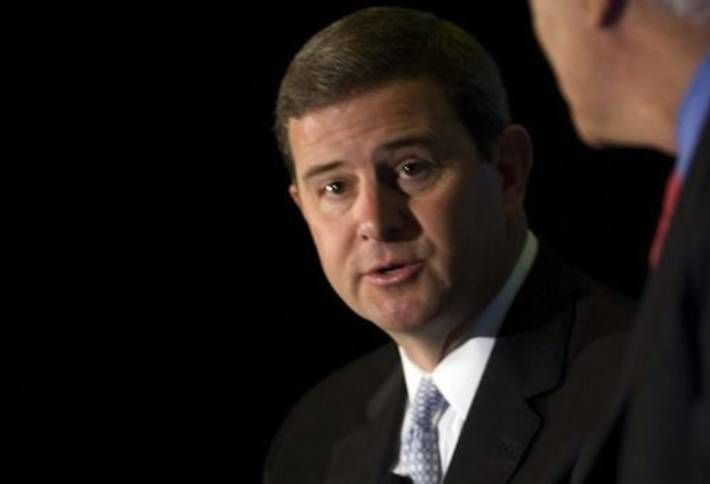 Memo to Mike Lafitte in Dallas, CB's CEO of the Americas: When are you moving here? 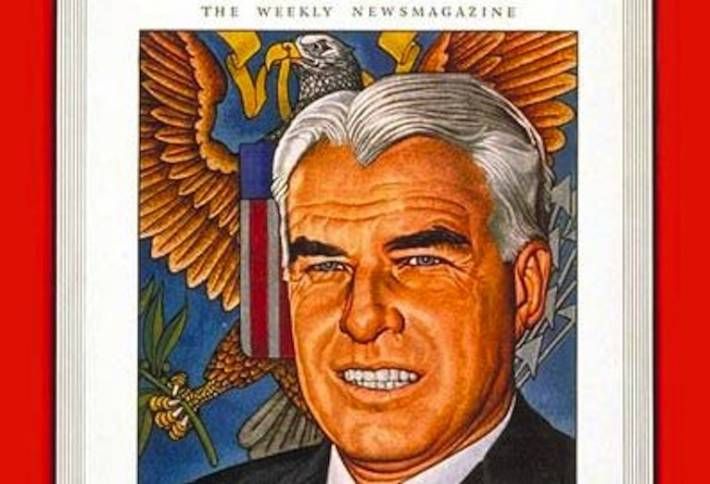 There's a reason Joe Stettinius takes a global view. His grandfather, Edward, succeeded long-serving Cordell Hull as US Secretary of State in FDR's last term, celebrated on Time Magazine's cover, above, exactly 70 years ago for his role in creating the United Nations, to which he would become the first American ambassador. (Note to our younger colleagues: if you don't remember Time, it was the modern-day equivalent of TMZ, BuzzFeed, Snapchat, WhatsApp, and of course Bisnow rolled into one.) 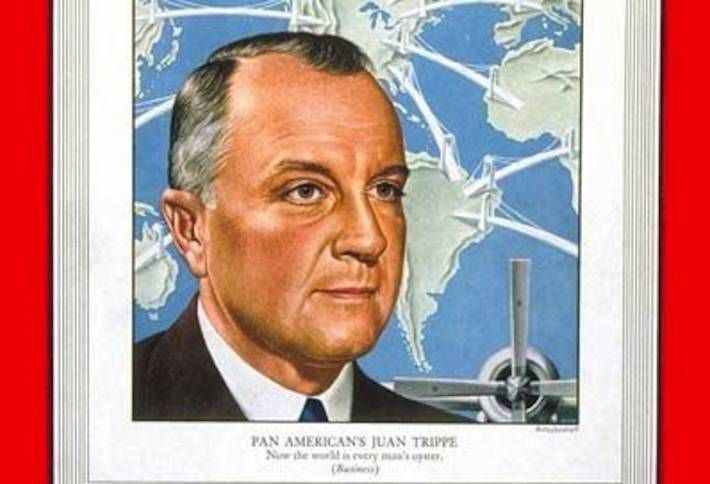 Wait, there's more. Joe's great uncle was Juan Trippe, the legendary founder of Pan Am World Airways, which connected the world with dizzying speed. Armed with those genes, no wonder Joe has been rapidly expanding Cassidy Turley's platform throughout the US—in just four years moving into Atlanta, Boston, Texas, St. Louis, Denver, and the west coast. Today the company has 4,100 employees in the US, and even in native DC it's dramatically expanded its service lines, such as development services, where it's building the new Capital One Tower and planning changes for the Exxon Mobil site which we've previously reported Inova is likely to take. In short, Joe sees the bigger platform as an inevitable outgrowth of a smaller world. His forebears would surely agree.