Last night, Clarion Partners unveiled its $32M renovation of Chevy Chase Pavilion in Friendship Heights, and we were on hand to track all the new bells and whistles. Comedian Chevy Chase wasn't there, but the phrase "retail leakage" was used... so we still got to laugh.

We snapped Mayor Vince Gray with Clarion's Marc DeLuca, Rob Greer, and Chuck Kemp at the grand re-opening. The mayor says Chevy Chase Pavilion is a prototype for the city's efforts to end retail leakage into Maryland and Virginia. Marc tells us the renovations (including transforming the building's atrium into a more circular shape) took 10 months. He's also thrilled with new concepts brought to the property like Top Chef Bryan Voltaggio's Range restaurant and cigar lounge Civil on the third floor. 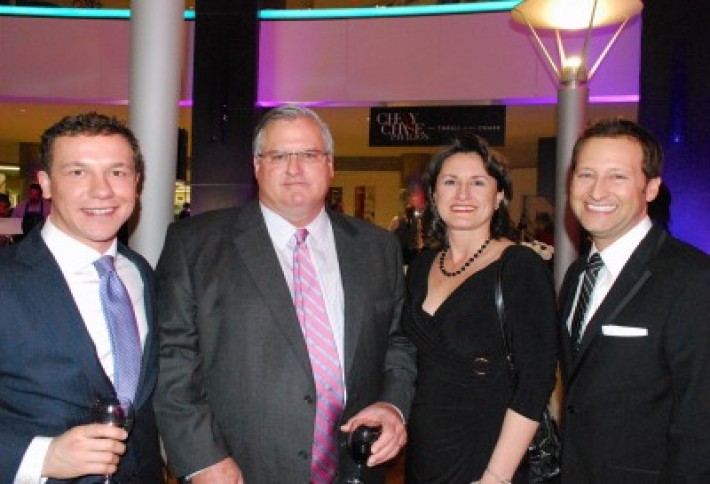 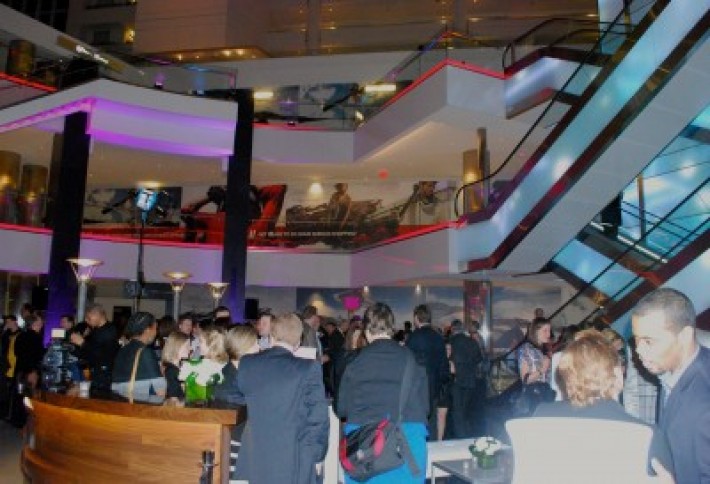 The renovated interior was designed by StreetSense, including a new, more vertical escalator setup (complete with LED screens, as seen on the right). The firm's Bruce Leonard tells us the design tried to simplify what was before a complicated outlay. 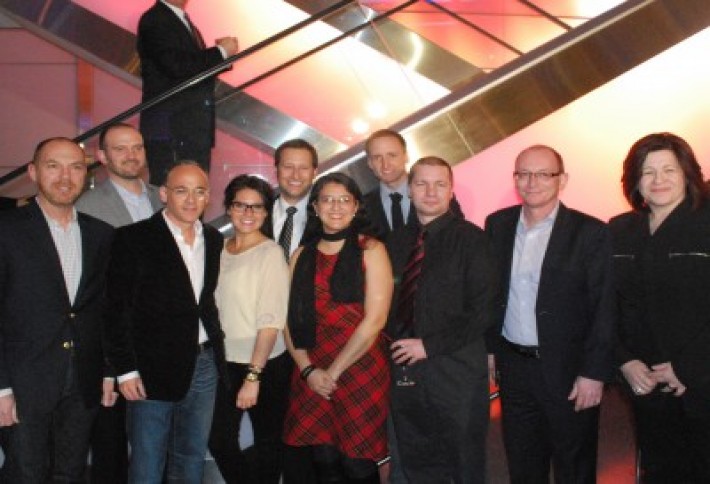