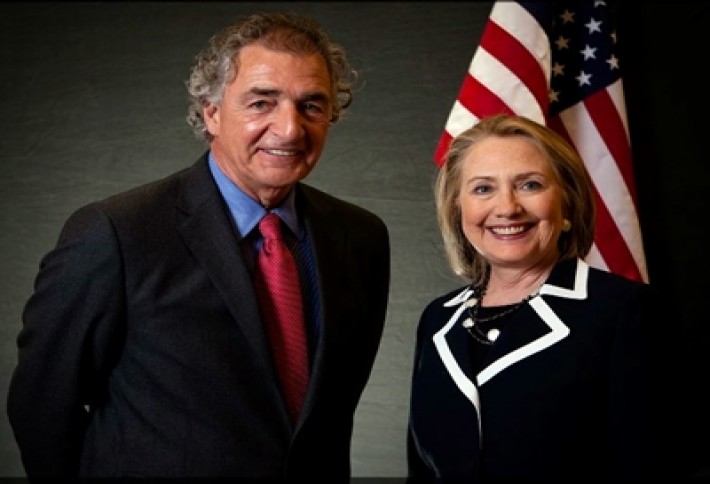 Who knew that Maryland's own Tom Bozzuto had an inner Piers Morgan? Last week he interviewed former Secretary of State Hillary Clinton on stage at the NMHC Apartment Finance Strategies Conference in Dallas. Clintondiscussed foreign affairs and the nation's spiraling deficit, but Tom tells us his favorite part was her discussion on leadership. She cited Nelson Mandela as a role model, and argued that to be a leader one has to work endlessly, mix it up as necessary, and simply never quit. He says the most fun was getting beyond the two-dimensional view so many see of her in the national media. (And the audience didn't even have to put on 3D glasses.)