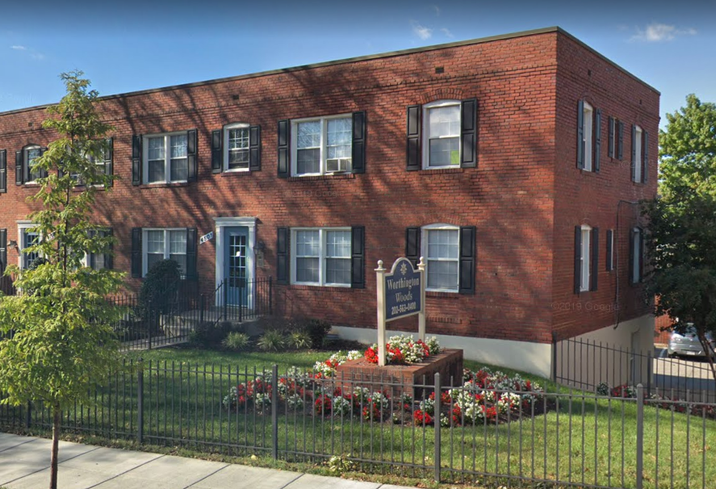 A Montgomery County affordable housing nonprofit's first foray into D.C. came about because of a law unique to the District in this region.

WC Smith and Aldon Torch sold the 394-unit Worthington Woods apartment community in Ward 8 to Montgomery Housing Partnership for $37M after its residents exercised their rights under D.C.'s Tenant Opportunity to Purchase Act.

Capital Impact Partners helped finance the transaction with its bridge financing partnership with the D.C. government, and a team of brokers arranged the sale. Under TOPA, renters have the right of first refusal when the owner of their building wants to sell.

All of the units in the garden-style community — near the Bellevue neighborhood close to Joint Base Bolling-Anacostia — are affordable under the Section 42 Low-Income Housing Tax Credit program, and Mayor Muriel Bowser hailed the deal as a win for the Affordable Housing Preservation Fund launched by her Housing Preservation Strike Force in a press conference last week.

Worthington Woods is the largest property to receive funds, managed by Capital Impact Partners, from the Housing Preservation Fund, according to the mayor's office. It also represents the fund passing the 1,000-unit milestone.

All of the units at Worthington Woods, which is spread out among several buildings on Third Street SE, will be kept as affordable for 60% of the area median income. MHP will own 80% of the property, the Worthington Woods Tenant Association will own 15% and the Anacostia Economic Development Corp. will own 5%.

The tenant association had to approve MHP as the buyer for the property, which was placed in the LIHTC program 17 years ago. MHP, which was formed to build and preserve affordable housing in Montgomery County, now owns 2,100 affordable units in D.C., the nonprofit told Bisnow in an email.