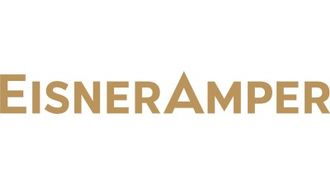 In this installment of BisnowTV, Larry Silverstein gives EisnerAmper’s Lisa Knee a tour through his new World Trade Center complex.

Larry says the complex is around 75% complete, with Towers One and Four finished, and Two and Three well on the way. He expects the entire project to deliver in 2020.

Lisa and Larry went up to the 10th floor of 7 World Trade Center—precisely where the new complex was designed from—to chat about what went into the project.

Tower Two was designed by starchitect Bjarke Ingels, and its contemporary stepped design “reflects the language of tomorrow,” according to Larry.

Tower Three’s imposing facade was designed by Richard Rodgers, while the minimalist Tower Four was brought into being by Japanese architect Fumihiko Maki. Tower Four’s beauty is all in the details, says Larry.

Larry says the PATH terminal in the complex will be “among the most beautiful buildings in America,” when completed. Altogether, the idea is to create a 24/7 community in the complex, as it will include space for around 60,000 families.

The reconstruction effort started immediately after the 9/11 tragedy—Larry called in the architects just two weeks following the attacks.

“I said come on, come on in, let's get busy,” Larry says. “We have to start working on a new building for 7 World Trade Center.”

Mayor Giuliani at the time thought the site should stay undeveloped following 9/11, but Larry had other plans.

“As New Yorkers you have to do what's good for New York,” he says he told the mayor.