Special Report: Canadian CRE Needs To Up Its Green Game

Newer commercial buildings are sustainability superstars, with LEED nearly a foregone conclusion. But to truly cut CRE carbon emissions will require a significant overhaul of this nation’s hefty stock of older buildings. 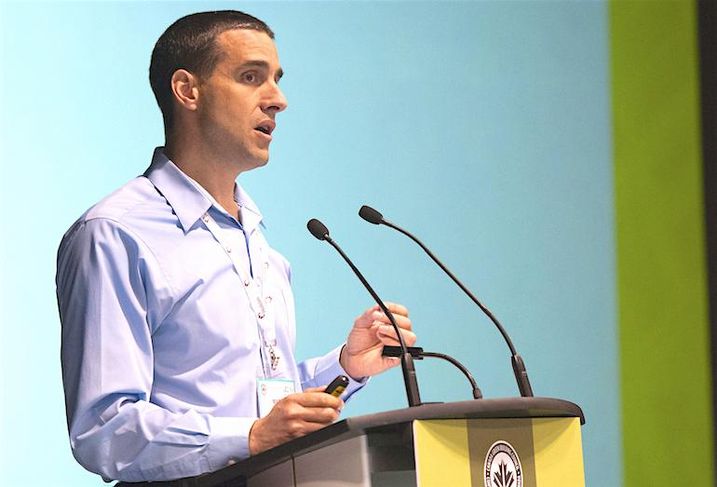 “We need to put more focus on existing buildings than we have historically,” says Canada Green Building Council VP Mark Hutchinson, noting the building sector is responsible for 30% of greenhouse gas emissions. Increasingly more stringent building codes, incentive programs like LEED, and energy benchmarking—all have led to big improvements in the performance of new commercial structures, such as Oxford Properties Group’s Waterpark Place, below. But it’s far easier to build new than make old buildings better. “So we have to continue to work on that.” 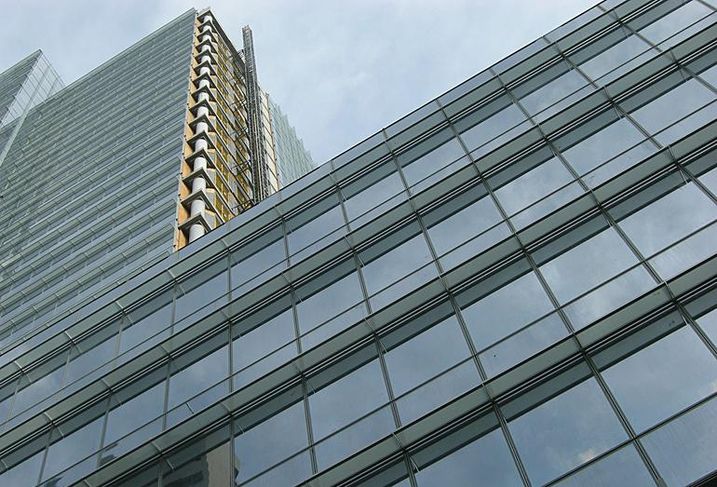 CaGBC sees greening of existing stock (and 80% of this nation’s buildings that’ll be here in 2050 are already here today, the group notes) as a rapidly growing area of the sustainability movement. Ontario will provide a big spur when it becomes the first province to regulate mandatory energy benchmarking in existing large commercial buildings. And the federal government has vowed to retrofit public infrastructure to be more sustainable, Mark says. All that work could generate $261B in GDP and 300,000 jobs by 2030. 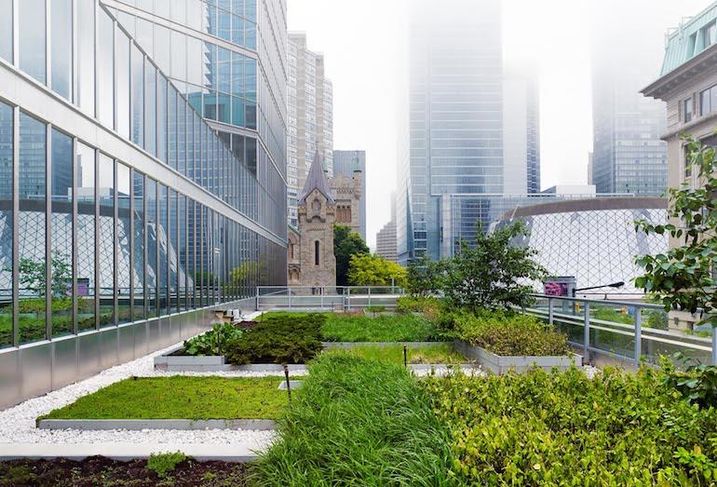 It helps that there's a growing business case for green. Bentall Kennedy made waves last year when it released a groundbreaking study of a decade’s worth of data from 300 of its managed office properties (a 58M SF portfolio, including 200 King St W, above) that provided compelling evidence of the link between sustainability and stronger ROI. It found net effective rents, including tenant incentives, were 3.7% higher in US LEED-certified properties versus non-certified buildings. And rent concessions for LEED / BOMA BESt buildings in Canada averaged 4% lower than in non-certified buildings. 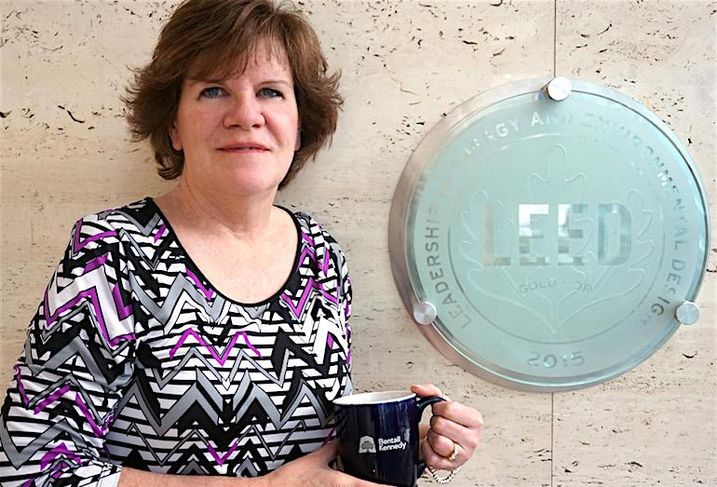 Bentall Kennedy leads on sustainable investing, consistently ranking among top firms in the Global Real Estate Sustainability Benchmark survey and placing first overall in Canada since it started in 2011. SVP Giselle Gagnon tells us 130 Bloor St W (below) is a prime example of adding value via green. When Bentall took over building management in 2014, it targeted LEED for the office component. Via consultation with owner KingSett Capital, experts and its ops team—reviewing performance data, making tweaks—it raised 130 Bloor’s Energy Star score from 43 to 83, cut utility costs by $1.15/SF and paid back efficiency measures in under two years. The property got LEED Gold in September. 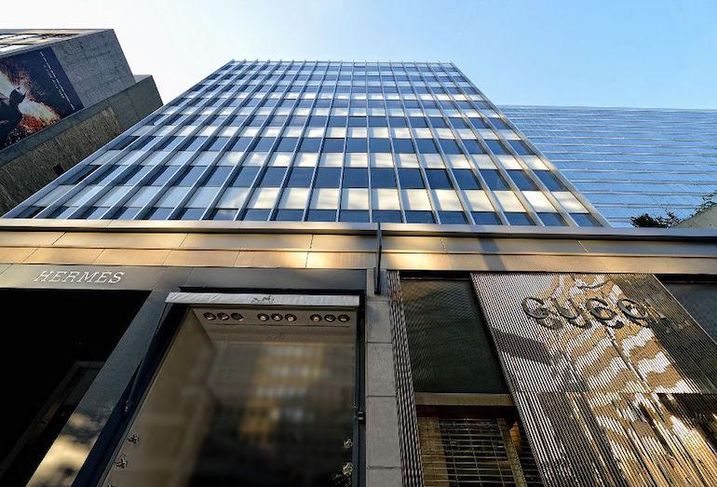 Oxford Properties Group ranked first globally in this year's GRESB survey (North American Diversified Office/Retail)—for the fourth year in a row—recording a 5% reduction in energy across its global portfolio from 2014-15. SVP (and CaGBC chair) Andrew McAllan says sustainability is part of Oxford's culture and drives how it engages employees, tenants and industry peers. And there’s a compelling dollars-and-cents argument for green: Oxford tenants save $10M in energy costs as a result of sustainability programs. That makes the firm a “workplace provider of choice” for companies that see green offices as a way to attract and retain talent. 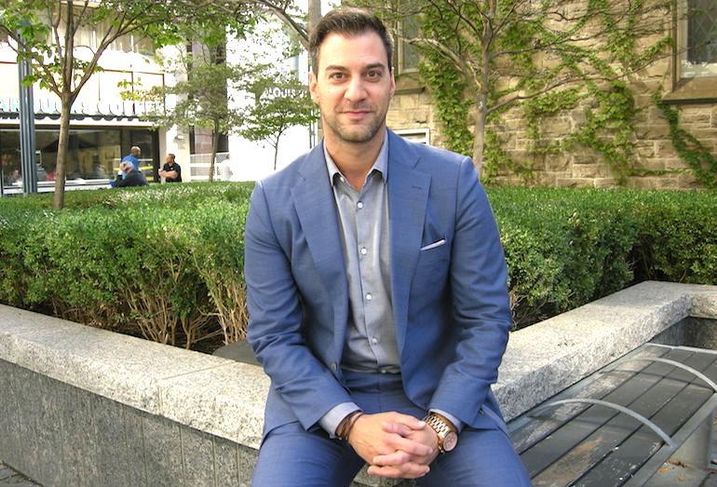 Colliers national energy and sustainability manager Phillip Raffi says greening CRE isn’t simply a trend. “It’s here to stay.” Most companies are there, and the strong push is coming from upper management or clients themselves, who recognize green makes a building more attractive to tenants. Colliers has certified over 10M SF of its managed properties, including BOMA Platinum for 150 Bloor St W (where he’s pictured). The biggest challenge faced by Phillip’s team is finding the right sustainability initiatives for specific buildings—one size doesn’t fit all. Also, gathering data to gain visibility into how an entire building is operating can be tricky, as the availability of this info can vary wildly. 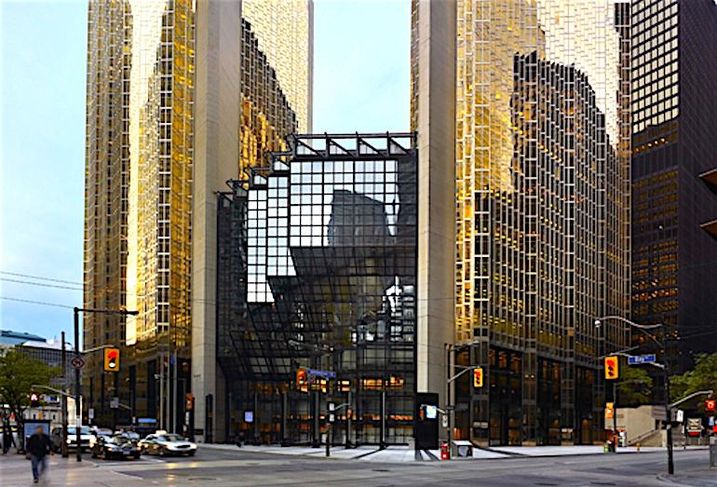 Over 75% of Oxford’s portfolio is LEED certified—including Royal Bank Plaza, above—and the balance is in the process of being certified. “It’s often a key qualifying question from brokers,” Andrew says. “If you’re not green, you’re at a competitive disadvantage.” But he knows not everyone is on board yet. Canada has 68,000 commercial buildings, Andrew says, and there’s a “huge array” of properties outside major cities that haven’t tackled green retrofits. No time like now, says Mark at CaGBC. With interest rates so low, “it really changes the picture in terms of whether or not to invest capital today to secure future returns.”