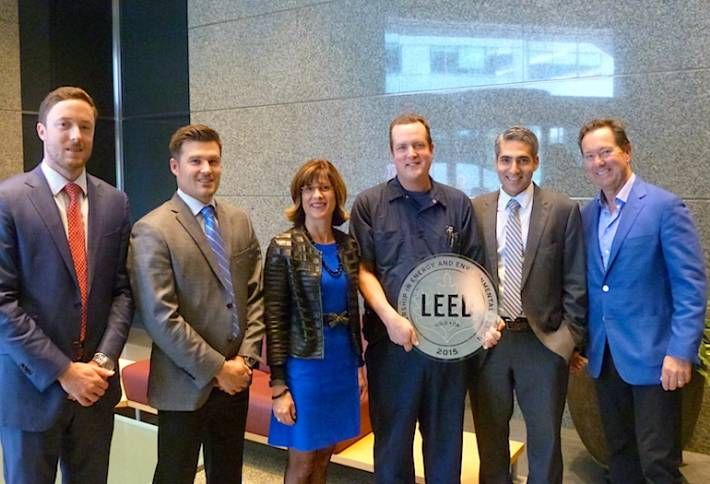 H&R REIT’s 145 Wellington St W has been certified LEED Gold EB, an achievement Avison Young’s Adam Walman tells us was catalyzed by the exit of long-term tenant AIG. H&R had already begun updating the 28-year-old, 13-storey tower, but the departure of AIG, which occupied 115k SF of its 166k SF, “pushed them to take it further.” Here’s a shot of the 145 Wellington team: Adam’s second from right, along with Avison Young’s Robert Armstrong, H&R REIT’s Mike McDowell (holding the hardware) and Mary De La Franier, Trevor Gilbert of Energy Profile (the firm that advised H&R in its pursuit of LEED) and Avison Young’s Brett Armstrong. 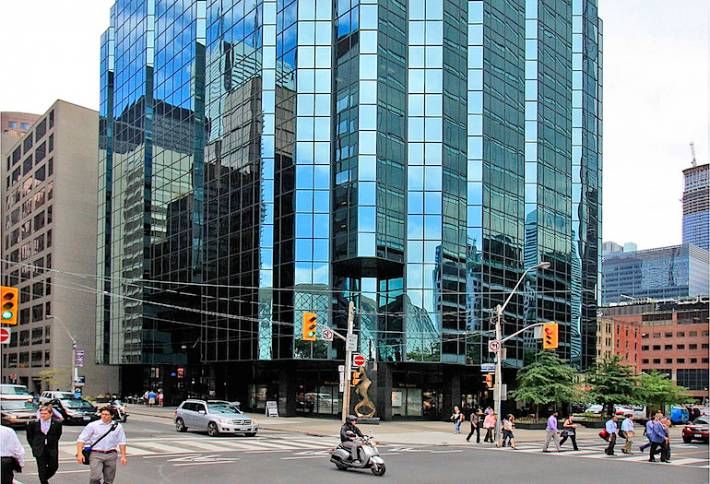 AIG’s leaving created a big hole for H&R to fill, but “when you have that much space available you have an opportunity to reposition,” Adam notes. And with loads of new high-efficiency office space coming on line downtown, H&R knew it had to invest in a revamp of 145 Wellington to ensure it could attract quality, long-term tenancies. “There wasn’t much question in their minds,” Adam says about his client, which operates a 43M SF portfolio. “They said we’re going to do this because that’s what tenants want.” (Adam says he has a firm deal for 40k SF and is getting inquiries from prospective tenants in professional and creative fields.) 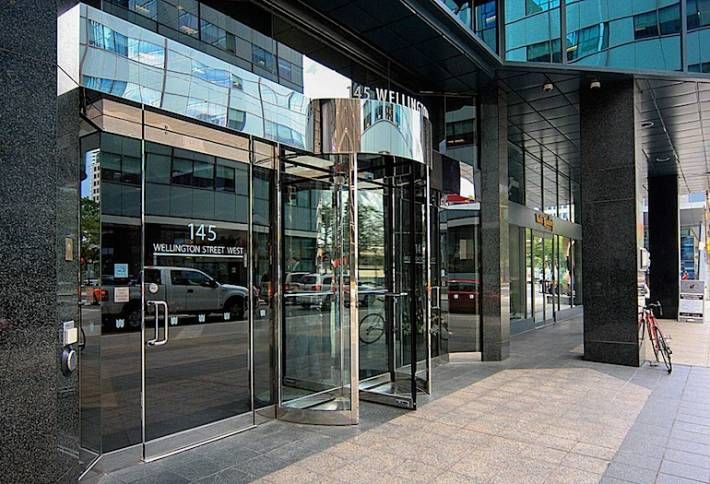 Adam, who holds LEED Green Associate accreditation, points to a new study of Bentall Kennedy’s entire North American portfolio that shows that buildings with sustainable certification outperform similar non-green buildings on rental rates, occupancy levels, tenant satisfaction and probability of lease renewals. So while H&R’s greening of 145 Wellington W (high-efficiency boilers, sub-metering, LED lighting, automation) is about being a good corporate citizen, the study proves it makes financial sense, too. “If you don’t keep up with today’s standards, you start having to compete on other things, like price.”