Toronto's Retail Pot Scene About To Get A Whole Lot Bigger

Despite growing pains, Toronto’s retail marijuana scene is poised to get a whole lot bigger in the coming weeks.

On Monday, the provincial government began accepting store authorization applications for new pot dispensaries, with an eye to approving 20 new stores a month beginning April 1. Meanwhile, the winners of the province’s second pot store lottery are still popping up all over. 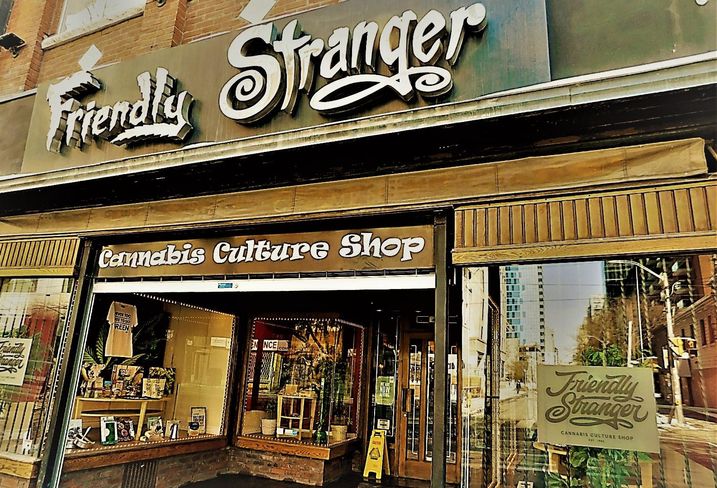 “It was a pretty exciting day,” said James Jesty, president of Toronto’s iconic "cannabis culture" store Friendly Stranger, which opened its first dispensary in London on Tuesday. “I just watched them unload three pallets of cannabis to our new store. It was a big moment for us.”

Friendly Stranger, which has sold cannabis-related paraphernalia (no pot) out of its Queen Street store for 25 years, plans to roll out six new Ontario marijuana dispensaries in all, beginning in London, followed by a planned Burlington store next week. A second Toronto store on Church Street is also in the plans.

"It’s always been in the DNA of the store to take it to the obvious next level,” Jesty said. “There’s always been the notion of getting it legalized one day and selling.” 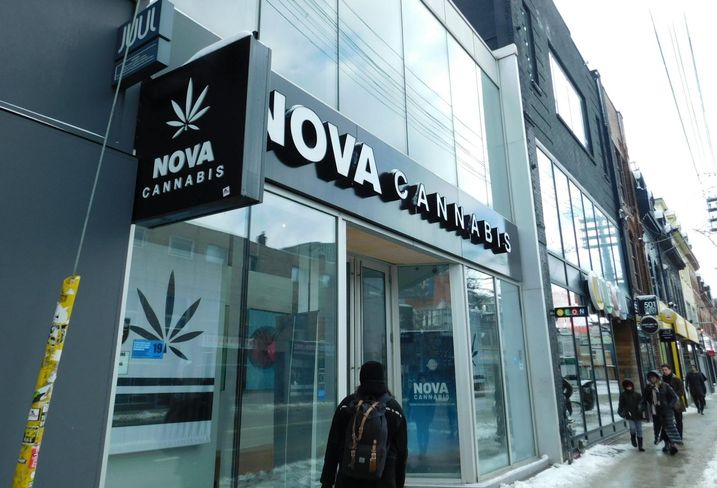 Bisnow/Ian Johnston
Toronto's existing cannabis stores are about to get a lot more competition — particularly on Queen Street West.

But it hasn’t been an entirely mellow rollout for the marijuana industry in Toronto, Ontario or Canada since legalization in 2018. While national cannabis sales topped $1B in 2019, that number was considered below expectations. Large producers like Aurora Cannabis have experienced stock declines and staff cutbacks, and Aurora recently cancelled plans for two new grow farms.

Part of the blame for the slow start lies with Ontario, the country’s most populace province, and its cautious approach to legalized pot. While Alberta operates 50% of Canada’s 500 plus pot stores, Ontario added only 24 stores with its first pot store lottery, followed by another 42. In the GTA, an initial five stores have since quadrupled.

Friendly Stranger didn’t exactly win the pot lottery. Instead, it has partnered up with six lottery winners in opening its branded stores, with an option to purchase them in the future.

“I think people recognized our brand and hopefully felt we know what we are doing,” Jesty said.

On Monday, Friendly Stranger also joined hundreds of applicants in applying for further store authorizations through the province’s new merit-based application process. The province hopes to speed up licensing, with plans to add 20 provincial stores a month.

“We have said all along that opening more legal stores is the most effective way to combat the illicit market,” said Ontario Attorney General Doug Downey in announcing the changes. “We wanted to go at a pace so that we could make sure the supply was there. And that was part of the constraint.”

Which raises the inevitable question: How much pot is too much? Does Toronto need three, four or five marijuana stores in a three block stretch of Queen West? Friendly Stranger’s original store, for instance, is located directly across the street from the up-and-running Hunny Pot dispensary.

“I think [Hunny Pot] moved there because we were already there,” Jesty said, laughing. “There’s going to be certain markets of concentration. Not unlike a restaurant district or a shoe store in a mall. Queen Street is a great tourist area. Some of the numbers coming from the [Queen Street] stores have been astronomical.” 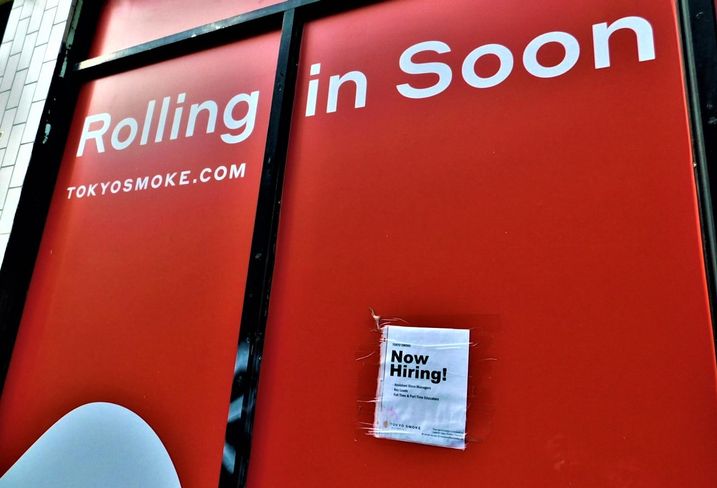 Bisnow/Ian Johnston
Signs of an exploding pot store scene are hard to miss on Queen West.

Legalized marijuana sellers in Ontario still face challenges. According to Statistics Canada, buyers continue to use illegal sources. Only 52% of those surveyed in 2019 indicated they occasionally use a legal source for their marijuana needs. While prices have improved, the average cost of legal weed in Ontario sits at $10 plus, while illegal weed costs just over $6.

Michael Armstrong, an associate professor at the Goodman School of Business at Brock University, says the cost problem is the Ontario pricing system, which includes a dizzying array of federal and provincial taxes, including producer excise taxes, sales tax and GST.

Also, while federal and provincial duties and taxes are capped at $1 a gram, or 10% of a producer’s selling price, there’s also the province’s cut. As a wholesaler, the government’s online Ontario Cannabis Store buys from producers and then sells to retailers at a profit.

“Quebec made a strategic decision to compete with black market,” Armstrong said. “In Ontario, if the goal is to get rid of the illegal market, the effect is the exact opposite.”

Cost remains a concern for Jesty, but not his chief concern.

“I think as producers become more efficient, costs will get lower,” he said. “But it’s more than price. I think as more stores come online, people will come to gain more confidence in it. They want something that’s more controlled, that they know is safe.”

He said he thinks the recent provincial approval of cannabis edibles for sale makes legal stores more appealing than ever.

“That’s going to help us compete. I don’t think your local dealer can necessarily do that for you,” he said.

Jesty admits that, while people and the province have come a long way in their attitudes toward marijuana, there’s still some way to go.

“There’s still a level of stigma attached to cannabis, be it landlords or even people on the street,” he said. “In our stores, we’re very cautious about our design, We’re trying to build an elevated retail experience. Not stuffy. We want it to be very welcoming, so you don’t feel like you’re doing something wrong. And the first person you see isn’t a security guard.”