A Toronto retail convention has cancelled its final day following a news report that a man attending an event last week at the same venue has tested positive for COVID-19, the disease caused by the coronavirus.

The annual, two-day DX3 Retail, Marketing and Technology convention was about to enter its last day at the downtown Metro Toronto Convention Centre when a Globe and Mail article broke the news. 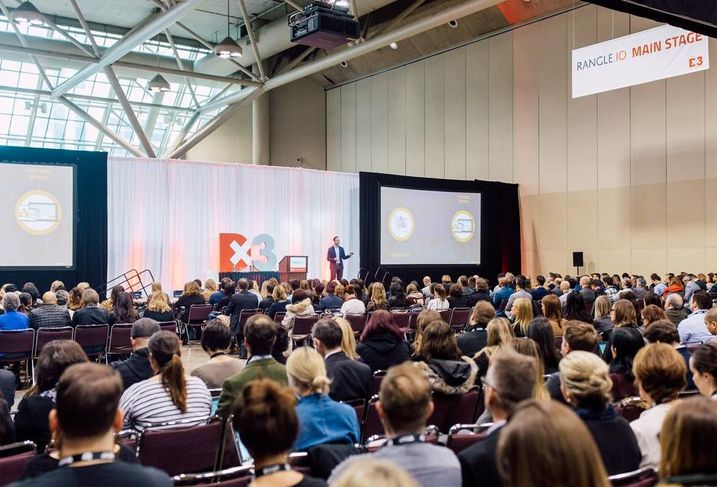 Courtesy of DX3
The DX3 Retail, Marketing and Technology convention in downtown Toronto was cancelled Wednesday after a report of a positive COVID-19 case.

“The [Globe] article was the catalyst for the cancellation,” DX3 President and CEO Hifazat Ahmad said. “Under the circumstances, we felt it untenable to carry on.”

Ahmad said the coronavirus crisis was on organizers’ minds leading up to the annual DX3 event, which had 32,00 registered attendees.

“It was a concern all along. But we talked to all the right people and at the time it made sense to go forward,” he said. “But once the article came out, it made no sense to continue. These are the times we live in."

A man in his 50s who attended a mining convention at the convention centre on March 2 and 3 tested positive for the coronavirus, the Globe reported. That event reportedly attracted 25,000 people from more than 130 countries.

“Because DX3 2020 is held at the same venue, we think it is the responsible thing to do and we have to cancel the second day of the event,” a DX3 news release announcing the sudden cancellation said.

The Globe article followed another Tuesday news release by Public Health Sudbury and Districts. It reported that a man who had “presented himself to the emergency department at Health Sciences North [in Sudbury] on March 7, 2020” was the first positive case of COVID-19 in the area. “While the Public Health investigation is ongoing, it is known that on March 2 and 3, this individual attended the PDAC (Prospectors & Developers Association of Canada) 2020 convention in Toronto. Public Health Sudbury and Districts is actively engaged in follow up and is collaborating with the Ministry of Health and the local health system.”

In response to the news, Toronto city hall released a statement from Medical Officer of Health Eileen de Villa.

“Toronto Public Health is conducting a detailed investigation of this person's activities while they were in Toronto,” de Villa said in the release. “As we do for all investigations, we actively identify people who may have been directly exposed to COVID-19 and actively follow up with them.”

Ahmad said he will be contacting attendees with further details next week and is taking a “wait-and-see” approach to any possible resumption of the convention at a later date.