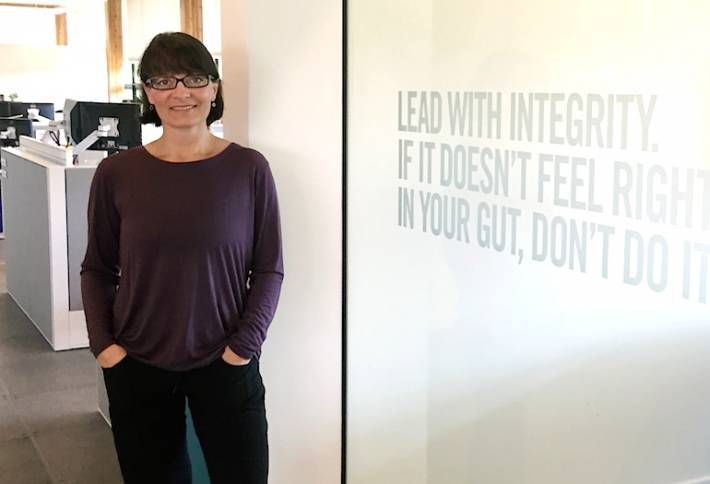 MEC is selling its landmark 42k SF 400 King St W store and will be moving to a newly built location at 302 Queen St W, currently a parking lot at the top of Peter Street along a prime stretch of Queen West. The new MEC building, three storeys and roughly the same size as the King West location, opens in fall 2017. “It’s a great opportunity to be part of a vibrant retail destination,” says Dianne, noting the King West shop's surroundings are more Theatre District in flavour. “On Queen West you have a lot of students and locals and tourists, and that’s the perfect fit for our brand and the demographics we resonate with.” 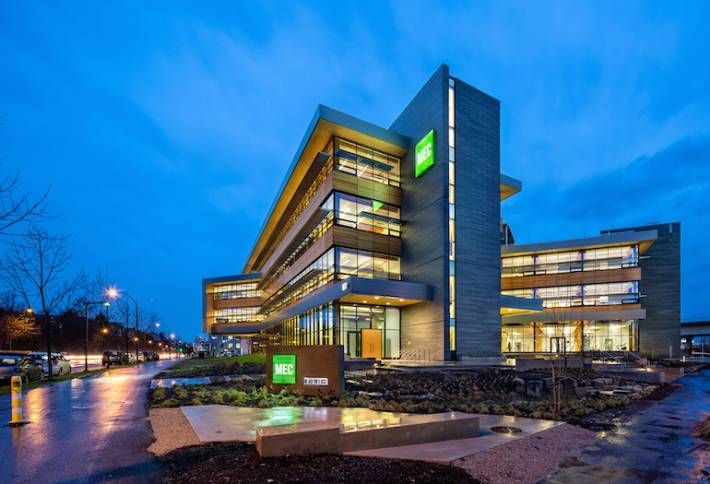 While MEC's Queen West store will match the size of its King location, Dianne says the focus is on making it fit into its surroundings. “We don’t want it to come across as a big-box store plunked down into a parking lot. We want it to feel more like the individual shops you find on Queen.” MEC sees the new flagship becoming a neighbourhod hub, Dianne says, noting the co-op organized over 5,000 community events at its stores nationwide last year. “We’re the meeting place for activities, and we intend to bring that to the street life at Queen and Peter.” (MEC’s growing out west, too, moving into a state-of-the-art HQ in Vancouver, seen above.) 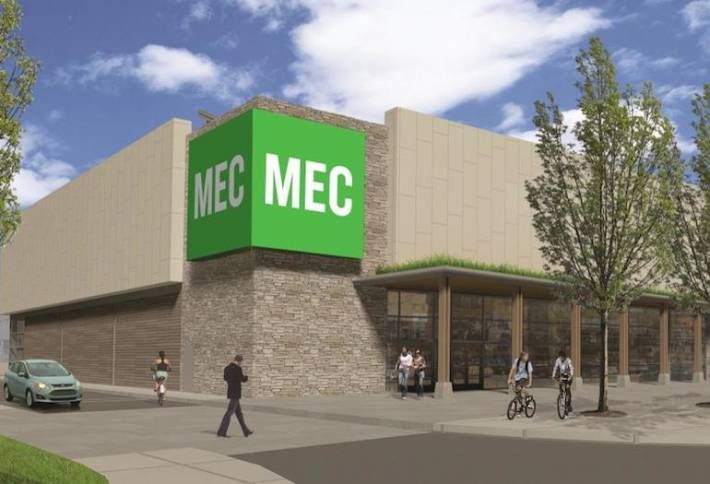 In North York, work continues on MEC’s new store at 784 Sheppard Ave E, a 42k SF, LEED Platinum location that's slated to open next spring. It’s MEC’s second shop in the GTA and its sixth in Ontario. The London store was the last to open, in 2011. The North York development includes a 50-unit stacked townhouse complex on the northern part of the 1.8-acre site, satisfying the city’s desire for greater density along the TTC subway line. It's the first residential project MEC’s been involved in, and possibly the last. “It’s what made sense for this site,” Dianne says, “but it’s not something I see us doing a lot more of.”