Government Help May Be Too Little, Too Late For Small Businesses

Closed Canadian small businesses are still in trouble despite newly announced government assistance, a study from the Canadian Federation of Independent Business has found.

All in all, tens of thousands may face bankruptcy when the coronavirus pandemic finally draws to an end, the CFIB concluded. 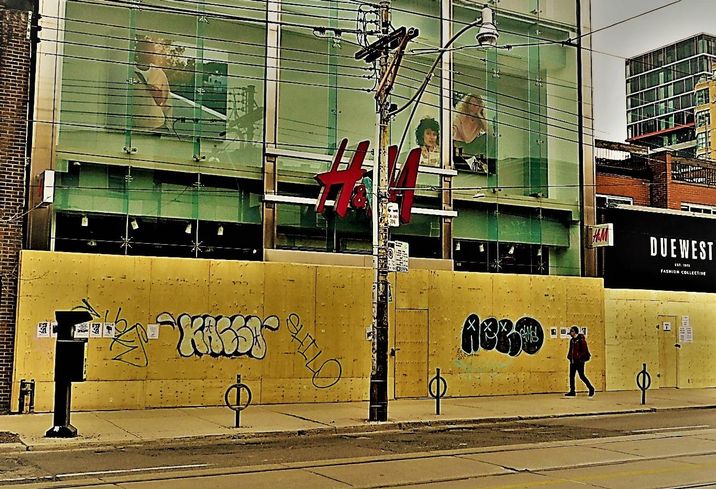 Bisnow/Ian Johnston
For boarded up businesses on Queen, newly announced federal aid may prove too, little too late.

“Our survey last April 1 found that 25% were struggling to pay,” CFIB Executive Vice President Laura Jones said. “Some worked out agreements with their landlords, but most still have no revenue. May 1 must feel impossible by comparison.”

The study, which polled CFIB members between April 17 and April 19, found that one in five Canadian operations is currently fully open for business.

Thirty percent of operators say they do not have cash flow to pay April bills. Over half (58%) say they will not be able to pay May rent without assistance from the provincial or federal government.

As for the future, 39% said they are worried about permanent closure.

“When your revenue is zero, that’s just a tough place to be,” Jones said. “Many initially took it into their own hands and worked out a deal with their landlords on a discount or a deferral. But May 1 is a different story for most of them." 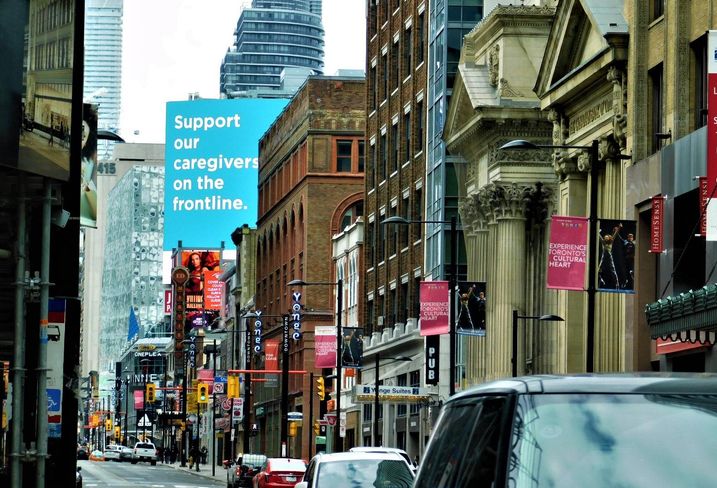 Jones said the fact that no one knows how long the pandemic and its mandated closures will continue is a key component of all the confusion and trepidation.

“It’s just difficult to make decisions when the future is unknown,” she said.

The CFIB survey found almost unanimous agreement among small-business operators when it came to government aid.

Of those polled, 91% agreed that for rent assistance to be meaningful, it needs to be grants or rent forgiveness, not just the initial round of loans and deferrals. Seventy-five percent said they believe rent should be shared between governments, landlords and tenants.

In response to tenant concerns, the federal government announced this week a new Canada Emergency Commercial Rent Assistance for small businesses. It will provide forgivable loans to qualifying commercial property owners to cover 50% of the rents of tenants experiencing financial hardship during April, May and June.

The loans will be forgiven if the property owner agrees to reduce the tenants’ rent by at least 75%. The tenant would cover the remainder.

The CFIB thinks that may be too little, too late for a lot of small businesses.

“The idea is a good one, that everyone pays into it,” Jones said. “But it’s too complicated, too dependent on the landlord. What if the landlord is being difficult? While many may have great relationships with landlords, some don’t.” 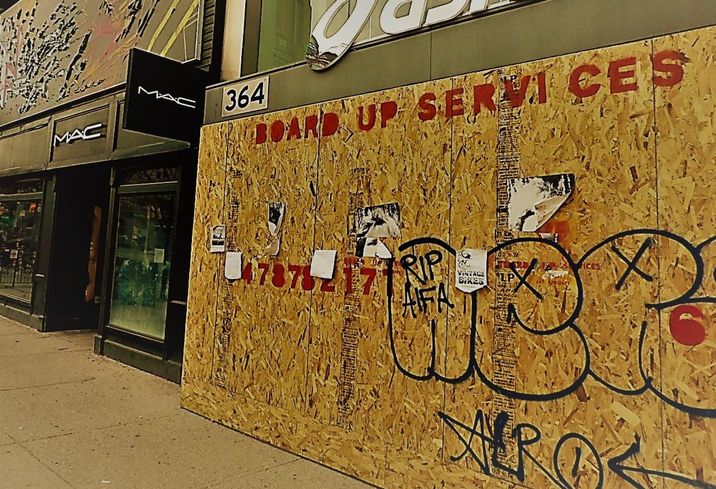 Bisnow/Ian Johnston
Plywood suppliers are doing a great business on Toronto's Queen Street, which is looking increasingly deserted as the coronavirus crisis continues.

That’s a concern shared by Daniel Greaves, who owns and operates the small west end bar Motel. He said the new federal initiative sounds good but leaves too much power in the hands of landlords.

“It’s good on its face if it works. I hope it does, but you don’t know," he said. "The landlord has control of the money, and you don’t know his financial situation. And who is to say he’s going to be reasonable?”

Greaves, whose small bar has a capacity of 30 patrons, says he’s in better shape than other bar owners but isn’t sure what will happen if the business shutdown extends into the summer.

“I’m in a better situation than most. We work very lean. Not huge overhead,” he said. “Even with a reduced clientele, we could handle it to July. You just hope the landlord plays ball.”

Jones said that, ultimately, throwing money at small businesses may just be delaying the inevitable bankruptcy of thousands of operations.

“This isn’t sustainable,” Jones said. “We need to get back to some economic activity as soon as possible. The big concern then will be, will customers come back?”