The Demise of Bricks and Mortar? 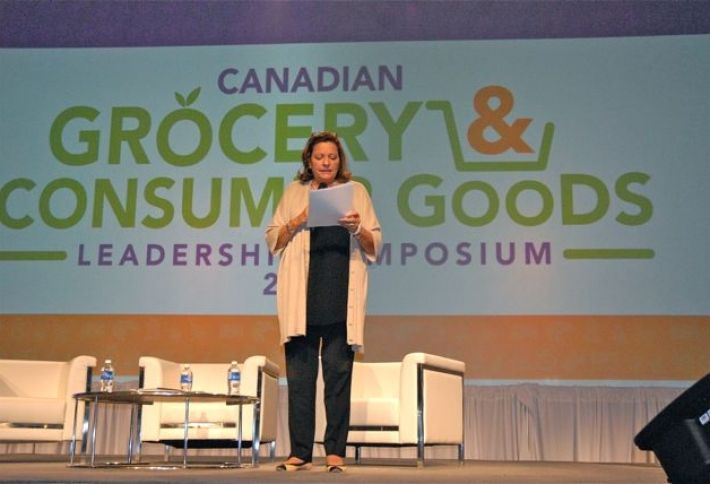 It was tough to nail down Retail Council of Canada prez Diane Brisebois for a chat, and for good reason. The RCC this week was hosting STORE 2014, at the Toronto Congress Centre, a two-day retail conference where over 2,400 delegates gathered to hear industry leaders speak about trends. Diane was up to her ears. STORE 2014 was a place where people take a 360-degree view of the industry, meet peers, and exchange ideas. Bisnow caught up with her backstage, after her farewell comments to the delegates. “The buzz is how consumers have embraced technology, and how they are now sitting in the driver seat and shaping our industry,” she tells us. Most of the retail delegates are learning to embrace that, Diane says. 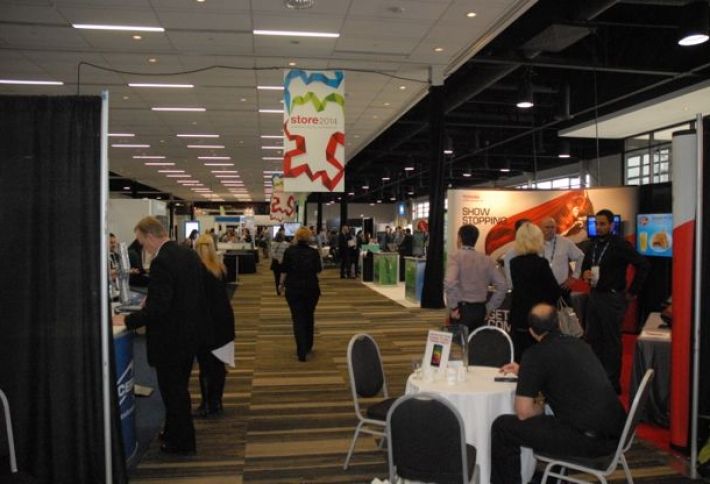 What was particularly telling for her were the different comments and changing attitudes about the future of bricks and mortar in the retail space. “Last year people were saying bricks and mortar was dead,” she says. “Now the talk is that it’s changing, it will play a different role.” (Make up your minds people, we're trying to get slogans to print on t-shirts.) Retailers might use less space, but they’ll still need it, as a showroom, or fulfillment centre. 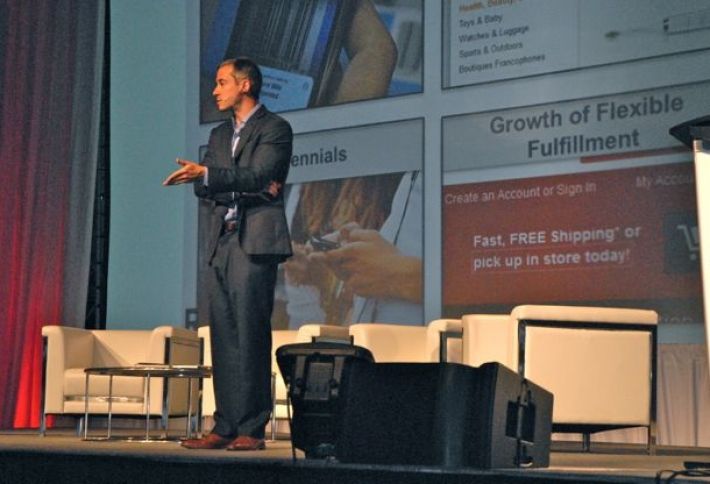 In a session on the state and future of e-commerce in Canada, Retail Net Group VP Keith Anderson talked to a packed main session hall about how e-commerce in Canada will account for 10% of all retail across all categories of merchandise by the end of this decade, and that while barriers still exist, growth rate is accelerating, and industry players need to stop resisting it. Average store size will decline between 5% to 15% by 2020, with grocery being the last to migrate online (especially in high-density markets like Toronto and until they figure out how to beam fresh vegetables into our kitchen). “Although everyone has open eyes about how challenging it will be to make money in grocery,” he says. The time for companies in retail is to decide whether they are on offence or defence, Keith says. Defence means “begrudgingly” following shoppers if that’s where they want to go. “None of us are able to compete with Amazon, Facebook, or Google, but it is still essential to understand their revenue models,” he said. 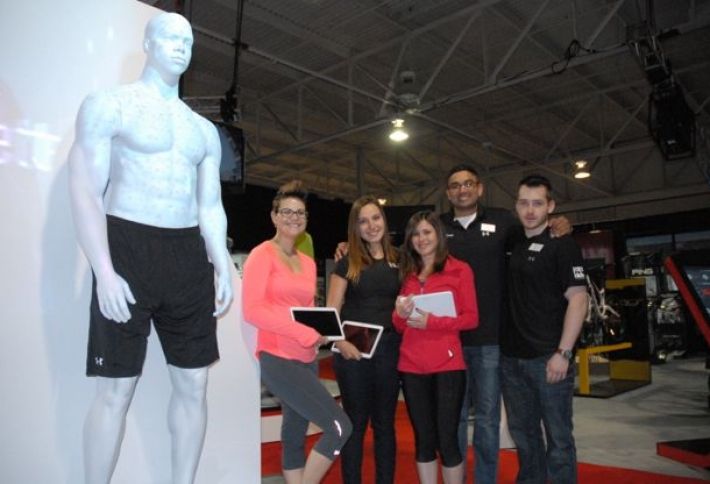 One of the exhibits that really caught our eye was the Sport Chek "living lab" new retail concept store, so we took a tour. In the image, next to a digital mannequin (one of the new features, where different Under Armour clothes can be projected onto the display) are Sportchek product advisors Danielle, Jona, Brittany, Ryan and Alex. The features that come with the Store of the Future—the integration with digital and store products to enhance the customer experience—can be found at the company’s Yonge and Eglinton and West Edmonton Mall stores. 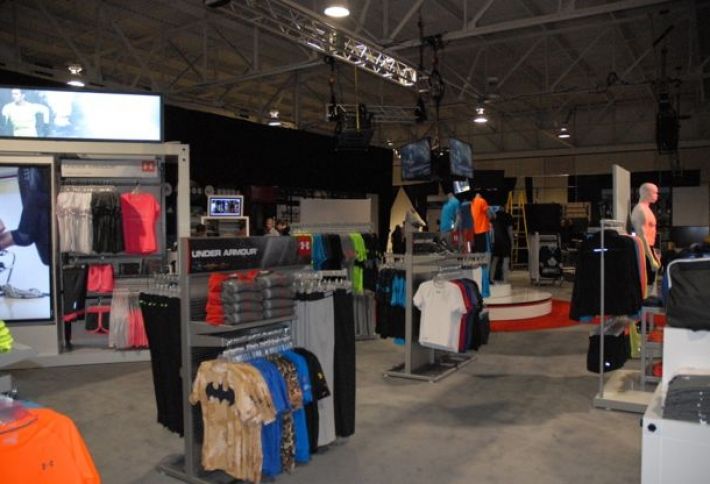 Some of the highlights we saw: interactive digital signage with touch screens, where the shopper can learn more about the product, including features and benefits and if it’s in stock; treadmills that do gait analysis to determine what kind of shoe you require; the use of RFID chips in product so when you wave it at a screen, all the pertinent information on the product pops up on a large screen; digital hubs where people can source out sporting events going on in their community, profiles of community sports leaders, employee bios, and a digital store flyer; an area with interactive video screens where customers can get tips on their sport of choice (we brushed up on our putting skills).