Why Retailers Should Learn to Love Condos

Condo projects along the city’s avenues offer solid ground-level retail opportunities with thousands of captive customers living above. But it can be tough to convince vendors to pioneer these spaces in places where they, and their customers, are used to strip malls you can park in front of. 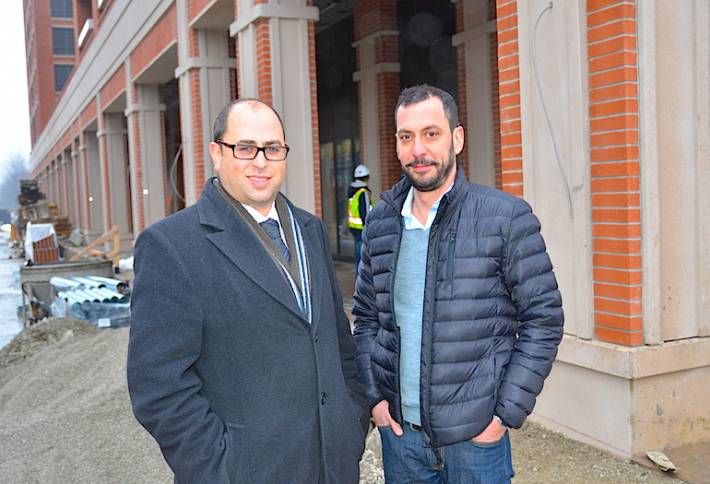 “A lot of the original urban plazas are being redeveloped with the new vertical high-rise projects,” says The Behar Group EVP Greg Evans, shown here at left with colleague Robert Eklove, who's handling sales for Treviso, a Lanterra Developments mixed-use condo at Dufferin and Lawrence that’s a good example of what Greg's talking about. In an area populated by dreary old-school strip malls, pull-up parking has been ixnayed at Treviso in a bid to foster street life at the base of the complex, which will have 45k SF of retail space—plus, Greg points out, "an abundance of underground parking.” 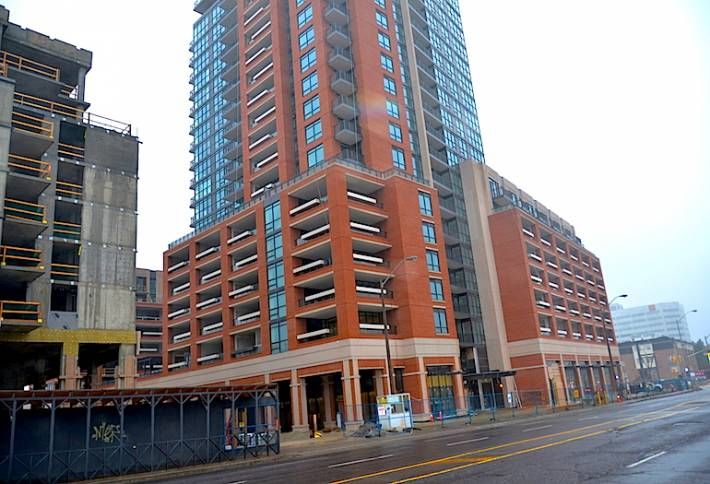 Despite Toronto's condo boom, some retailers, particularly outside the downtown core, still have reservations about locating at the base of residential towers. They shouldn’t, Greg tells Bisnow. “You have to look up and realize this is the new neighbourhood plaza." At Treviso, for example, there are 1,500 units, with an average of 2.5 people in each "living on top of your store.” The Behar Group is involved with many mixed-use projects on redevelopment corners, he says, “and we want retailers to see and believe that they can thrive there.” 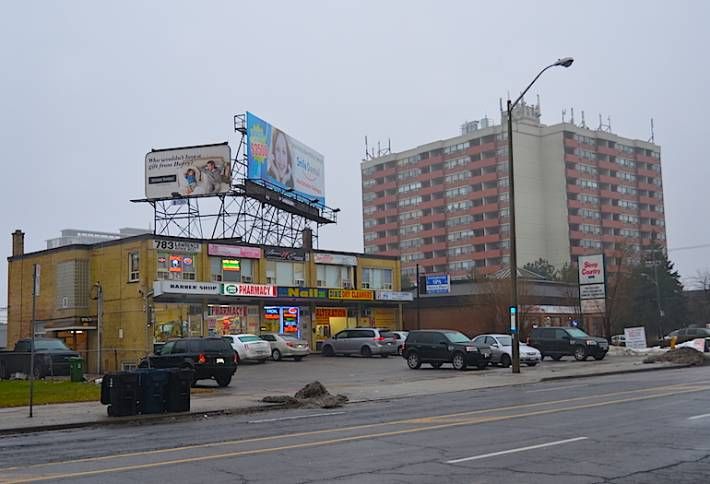 Robert understands concerns retailers may have. “It’s tough to compare this to Yonge and Bloor, where there are five existing residential towers on either side of a project.” (Indeed, here’s a shot of what it looks like across the road from Treviso.) In the long-term, though, as the city continues intensifying, “that’s exactly what’s going to happen in this node,” Robert says, noting there are proposals in place for additional mixed-use development along Dufferin and Lawrence. And you can bet most won't have pull-up parking. “So retailers have to think like pioneers.”