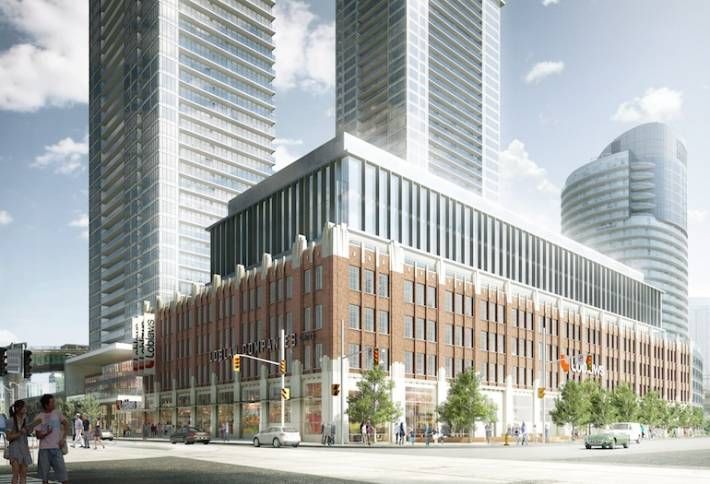 West Block is being developed in a JV between Choice, whose principal tenant and largest unit holder is Loblaw Cos, and Wittington, a major shareholder of George Weston Ltd, which operates the Loblaw banners. A revamped seven-storey Groceterias building will house 245k SF of office and retail space fronting Lake Shore Boulevard, including a 50k SF Loblaws. Behind this will rise two residential towers—37 and 41 storeys, with 876 units—to be built by Concord Adex, the third project it has done on Wittington lands. West Block will be a big boon for Concord’s adjacent 47-acre CityPlace master plan community. 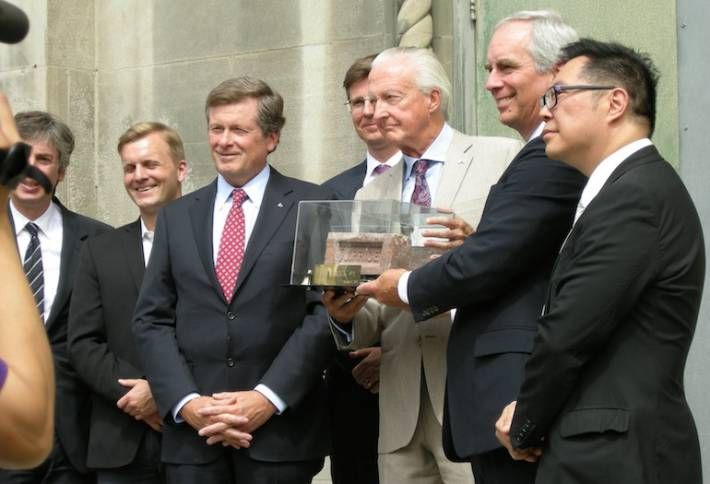 Here’s the gang at yesterday’s event. Partially obscured is Wittington president Tony Grossi, with local councillor Joe Cressy, Mayor John Tory, Galen Weston Jr., Galen Weston Sr., Choice Properties CEO John Morrison and Concord Pacific CEO Terry Hui. They’re holding the honorary first brick; John estimates 100,000 more will be taken down and cataloged to ensure they can be reused during reconstruction of several facades of the Groceterias building. (It served as the Loblaw HQ and warehouse until the company relocated in the 1970s, and was occupied by Daily Bread Food Bank before it moved out in 2000). 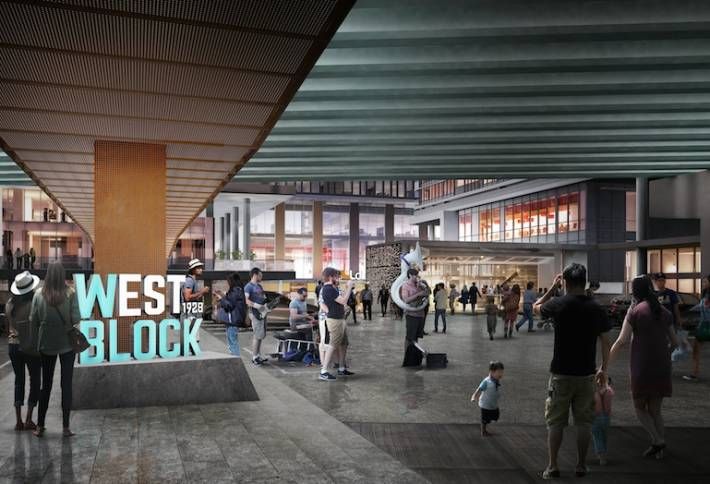 Tower residents will be able to funnel into the Loblaws via an underground connection in nasty weather, Terry noted, and the site will have three levels of underground parking with 600 stalls. Slated to open by spring 2019, West Block also will make virtue of the currently inhospitable nether regions of the Gardiner Expressway, which runs along the northern edge of the site. A once-foreboding place will be transformed into a pedestrian-friendly common area featuring public art (and sousaphone players). “We’re reclaiming the space for the community,” John says. 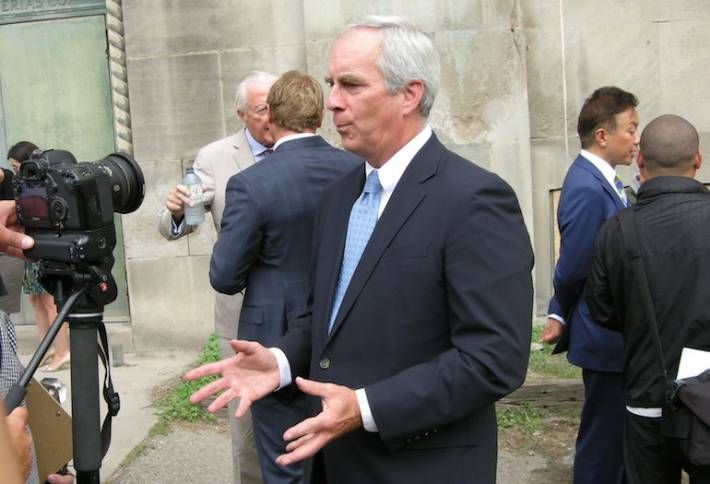 Choice in June acquired a $20.3M, 38-property portfolio from Loblaw. But John tells us West Block is a separate investment. “It’s an acquisition we made with Wittington from Loblaw that we concluded last year, and we’ve been working on plans for this for a number of years.” West Block represents the first urban redevelopment site for the trust, whose 513-property portfolio is focused on supermarket-anchored malls and stand-alone supermarkets. “We own a number of urban locations in Toronto and Vancouver, and we’re working on coming up with other intensification projects where we add uses beyond just retail.” 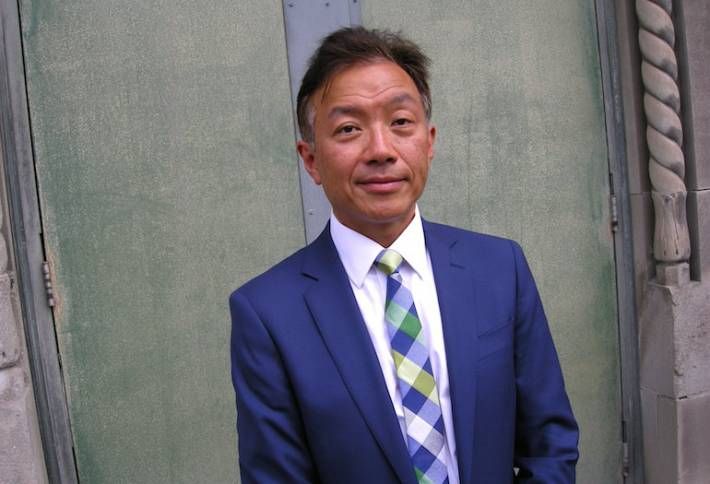 Concord Adex development VP Gabriel Leung, who calls West Block “a mixed-use development par excellence,” says having a rejuvenated heritage building with a new Loblaws store, plus office space, will further diversify offerings in the nascent neighbourhood. It's also great news for CityPlace, a project that's been criticized for not being mixed-use enough. “We now have a park, and a school and community centre are coming,” Gabriel tells us. “So having a big grocery store and retail hub here with West Block will be a great addition to the community.”