Oxford Properties Group is bolstering its presence in the US capital, acquiring a 50% share in Quadrangle Development's Washington Center, a 12-storey office building. Oxford SVP Chris Mundy tells us why 1001 G St makes a great addition to the portfolio. 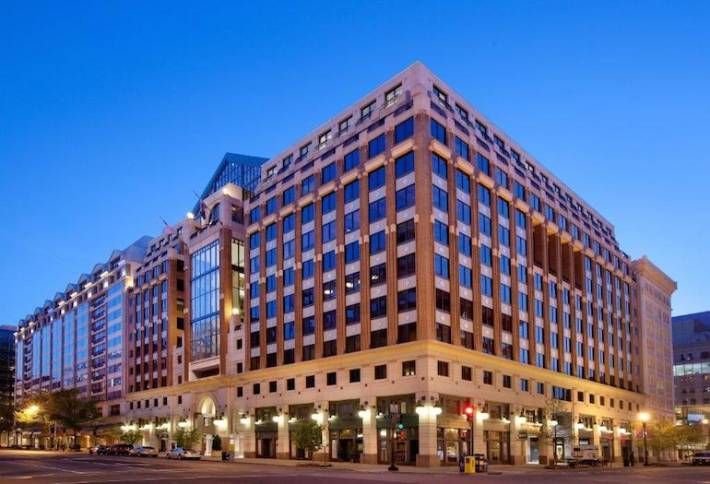 Developed by Quadrangle in 1989, the 335k SF Washington Center has direct internal access to the Metro Center subway station, one of the region's transit hubs. The property, in the heart of the East End district, incorporates the historic Beaux Arts-style McLachlen Building. It’s also adjacent to the Grand Hyatt Hotel, undergoing a $50M reno. “This is arguably, from a transit standpoint, the best located building in the city,” says Chris, noting the deal with Quadrangle closed at the end of last year. “And there'd been a long courtship before then.” 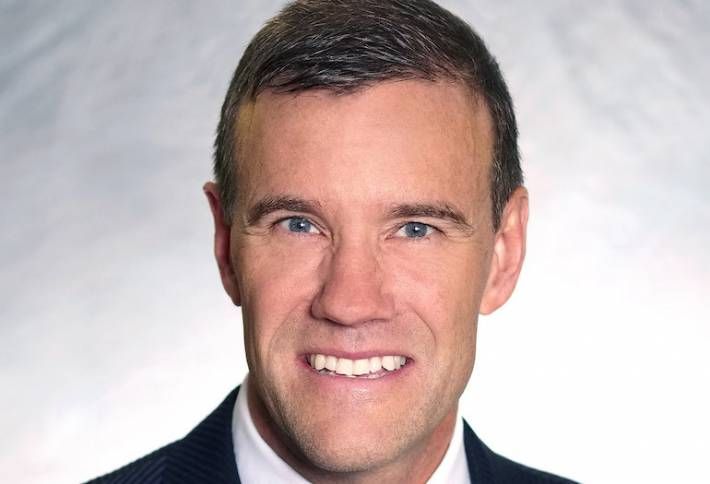 This is the fourth investment Oxford has made in DC since 2012. It has two developments underway: 900 New York Ave, a 620k SF office building that’s part of the CityCenterDC mixed-use project; and 600 Massachusetts Ave, a 400k SF office building (rendered below). Oxford also purchased an interest in Gallery Place, a mixed-use complex adjacent to Verizon Center. At a time when Washington has lost some lustre with institutional investors (largely due to government paralysis), Oxford is investing heavily in DC, with $1.3B in assets and development. 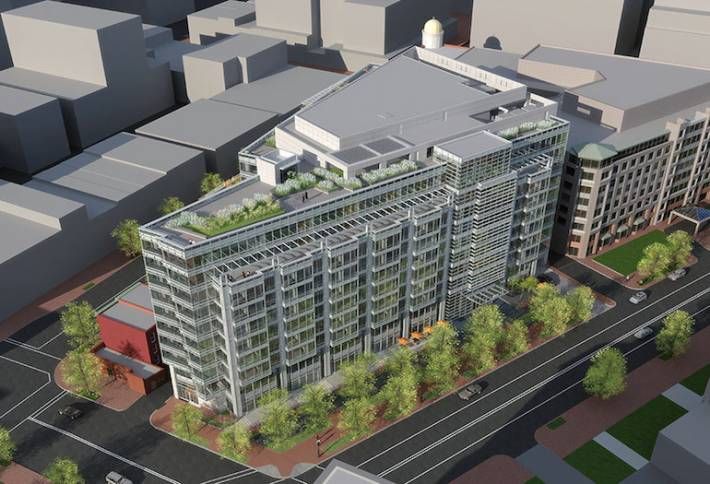 Recent major rollovers at Washington Center mean the building has significant vacancy for the first time in its 26 years, with 130k SF available. Oxford will continue with upgrades Quadrangle’s been making, such as sprucing up the common areas and bathrooms. And a roof deck and bike room are future amenity possibilities that’ll help lure the tenants whose talent wants to be located in DC's bustling East End, Chris says. “A lot of this will be about reintroducing the building to the market."