Capital Developments is on a Midtown Makeover Mission 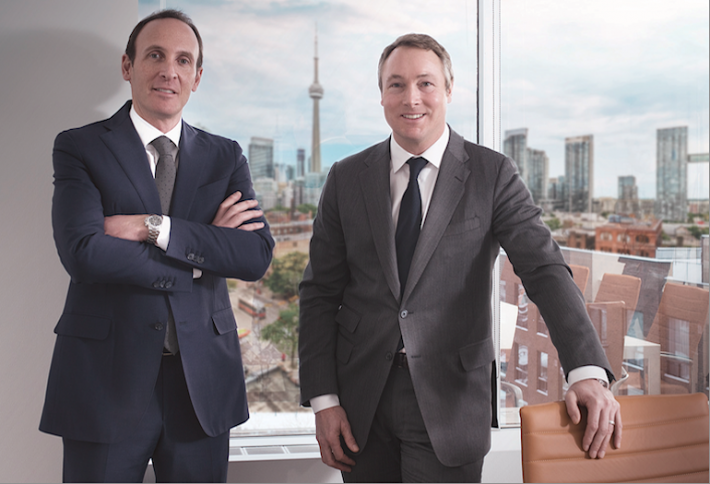 As construction chugs along on the Eglinton Crosstown LRT, Todd, at right with co-managing partner Jordan Dermer—the duo behind newly rebranded Capital Developments (formerly CD Capital)— has been hard at work on several mixed-use projects in this rapidly revamping node. Art Shoppe made waves when it was announced Karl Lagerfeld had signed on to design its lobby areas. With 652 units and 80k SF of retail on two levels, the condo (below) will enliven an uninspired stretch of Yonge, says Todd. “We’ll have a landscaped promenade in front, a European-style walking space people will love.” 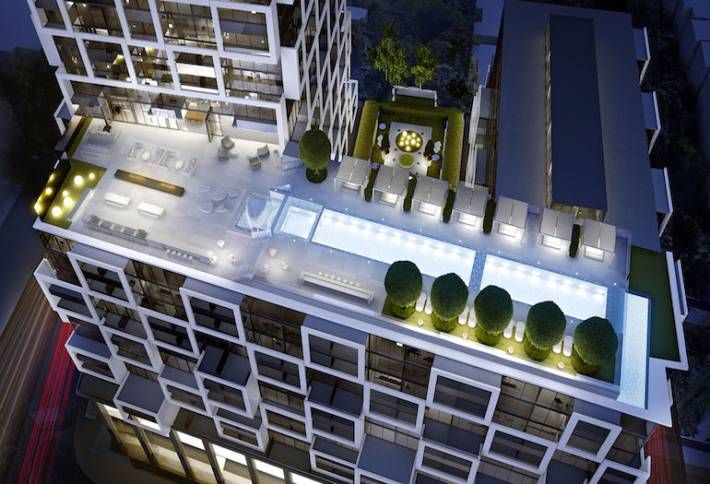 A few blocks north, the guys are getting set to launch 150 Redpath, which Todd tells us will include a 5k SF, 24-hour diner. “It will be the new centre of that community," not to mention a pretty sweet amenity for condo residents. “If you’re up on the rooftop pool you can order a sandwich and beer.” Across the road, construction's underway on 155 Redpath, a 34-storey tower that'll have a cafe at its base (the towers are rendered below). “We were fortunate to secure these two flagship sites right across from each other,” Todd says, noting the buildings, with 1,000 units, will become "the hub" of this residential neighbourhood. 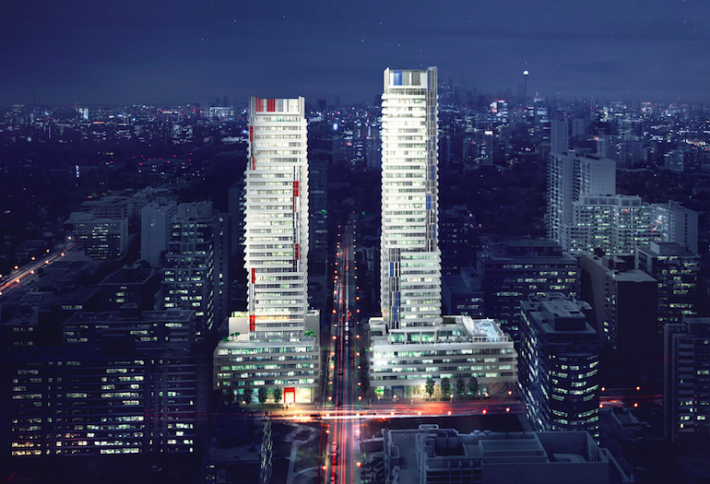 Todd and Jordan cut their teeth in the development biz with Trizec Properties, a commercial real estate-focused firm founded by Peter Munk. The two subsequently headed to Europe to establish and run TriGranit Development Corp for Peter, building a series of mixed-use developments, including WestEnd City Center in Budapest, a 2M SF complex (below) with a Hilton hotel, 1M SF mall and a tower for Vodaphone’s Hungary head office. In Slovakia, the firm developed a two office tower project housing the HQs of IBM, Deutsch Telecom and Carrefour. “And we did the same thing in Poland, Croatia, and throughout Central and Eastern Europe." 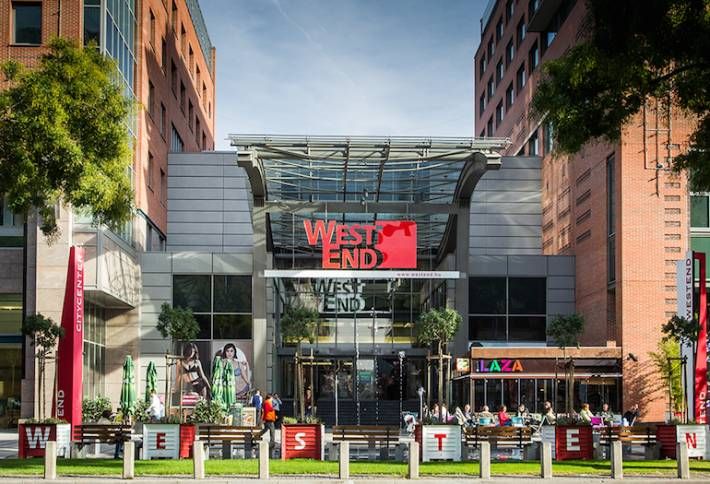 With all this under their belt, and seven projects now on the go in Toronto and Montreal (including Sixty Colborne, another JV with Freed Developments), the duo felt it time for a rebrand, and morphed from CD Capital to Capital Developments. Todd says capital remains key to its identity—“we’re extremely well-backed by some of the strongest financiers in Canada”—but now the firm’s name better reflects the fact its principals each have decades of “significant” development experience, “which can get lost when people think you’re just a capital organization—they think you’re an investor, not actually an operator.”