Amexon Development Corp is infusing the office tower at 488 University Ave with new life by adding 37 storeys of condos on top and wrapping it all in shimmering glass, an impressive exemplar of adaptive reuse. 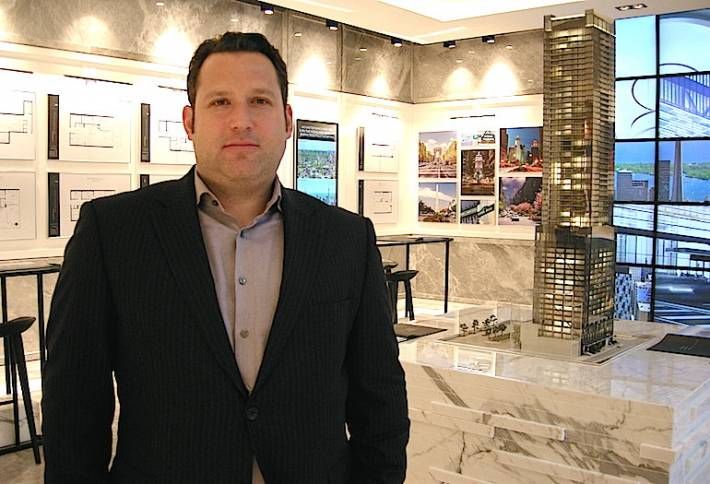 We stopped by the presentation centre to snap project rep Jason Shiff, who tells us the 55-storey mixed-use tower (in model form behind him) will have a 50-foot atrium housing a five-star restaurant and high-end retail. A steel exoskeleton will be built around the 18-storey Brutalist 1968 office tower to carry the load of the residential addition above. The office building, currently having its facade removed, will be refurbished (while tenants remain in place) and reclad in the curtain-wall glass that'll cover the entire building. “The area’s in need of improvement, and we think this will help change it quite a bit,” Jason says. 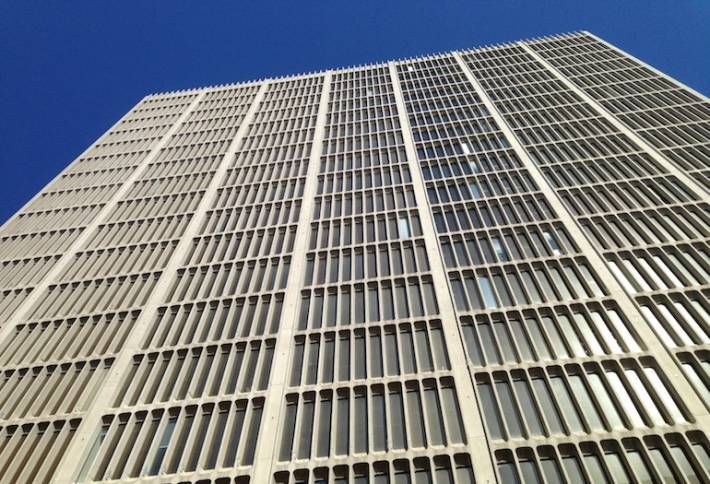 On the 19th floor, between the old building (shot this summer before work began) and the new, will be a two-level sky lobby with 30k SF of amenities (indoor-outdoor pool, fitness studio, squash court, outdoor patio and sky bar) that Jason says can be used by office tenants as well as residents. “It’s a great addition to the existing building. Very much like your own country club.” The new structure will have direct access to St. Patrick subway station. “That’s pretty major,” notes Jason. The existing parking garage is being deepened from four to six levels. 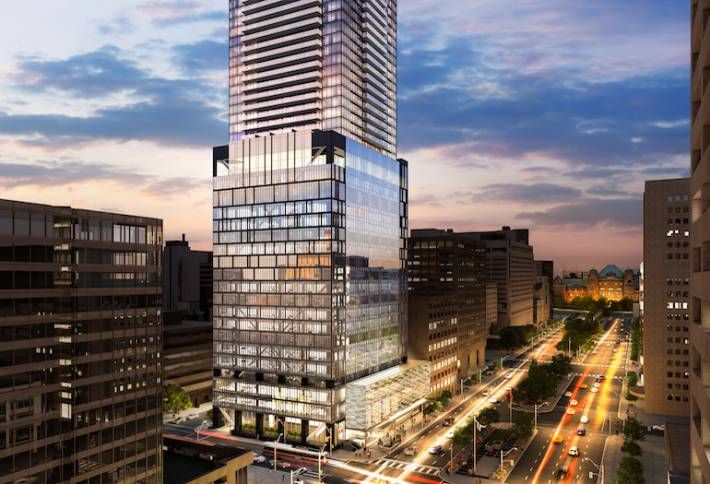 Amexon has owned 488 University for 20 years, and while Jason notes the building boasts one of the best locations downtown—along Toronto’s grand ceremonial boulevard (“it’s like our Fifth Ave or Champs-Élysées”)—the site wasn’t being used to its fullest potential. The revival of Toronto's core has meant there’s been a steady influx of young professionals seeking affordable, transit-supported housing in mixed-use communities. “This area needs more residential," says Jason, "and we wanted to create a unique environment where people can work, live and play."