Michael Beckley, who as EVP of Marriott International helped grow its Canadian footprint more than twentyfold in just over a decade, is a new director for CBRE Hotels. He tells us how he'll augment the operation. 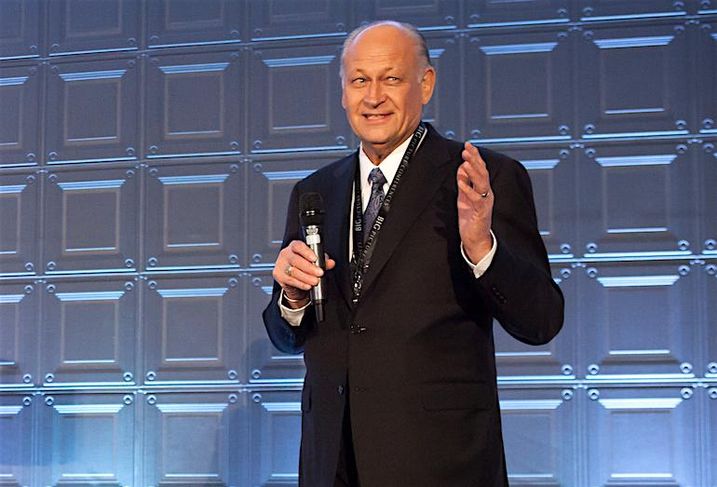 Bisnow: How did you arrive at CBRE?

Michael Beckley: I officially retired from Marriott International July 1 last year. And (CBRE Hotels EVP) Bill Stone, who I've known probably 34 years, approached me in December to consider joining his organization. My family and I had a wonderful summer, and a great Christmas and New Year's. But you sort of realize retirement is probably more a state of mind and not necessarily the goal for everybody. To be candid, after over 50 years in the industry, I missed the action and the people. And we know we can’t play golf in Canada in the winter anyway.

Bill Marriott talked me out of retirement a number of times. He asked me, "What's your most important criteria for working?" I told him I want to enjoy what I’m doing, and to be in a position that adds value. I was able to do both those things all the time I was at Marriott. But it’s not an easy act to follow. So it was February 2016, and Bill Stone asked if I was interested, and I told him, time is the most important commodity I have after health, so if we can come to some arrangement whereby I have control of my time, whether it’s personal or business, I’m happy to consider it.

My decision to join CBRE was driven by the fact it’s one of the largest real estate brokerage firms in the world, certainly in Canada. And by the fact I’ve known its people for quite a long time, so it’s a comfort zone. I thought I’d be better off having that umbrella under which to work on a part-time basis, rather than go out and start a company and do my own thing. It’s not as if I hadn’t had many opportunities to do that. 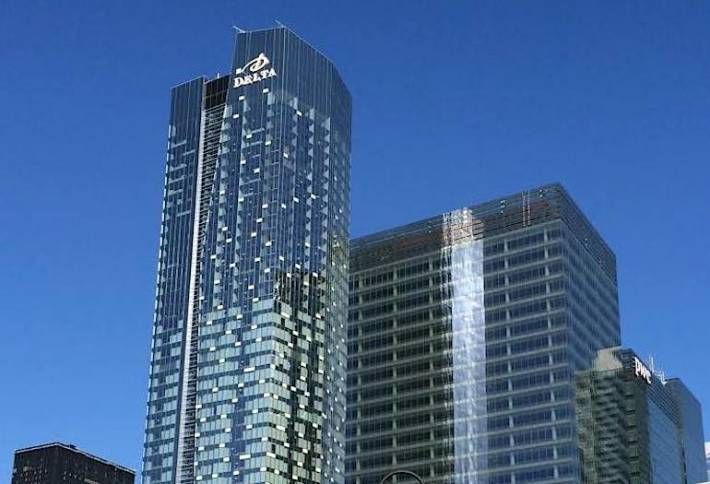 Above, Delta Toronto in the South Core. Michael postponed retirement from Marriott to work on its acquisition of Delta Hotels and Resorts.

Bisnow: So CBRE will be a welcome change of pace, then?

Michael: I was working 60 hours a week with Marriott, where I started in 2001. I travelled a million miles on Air Canada and just about every other airline. And my retirement was delayed because of the Delta acquisition (the $168M deal included Delta’s 38 hotels and 10,000 rooms in 30-plus cities nationwide). Now that was put to bed, it was a great time to leave the industry on a real high. I tried to retire about three times. I said, "Mr. Marriott, I’ll be 70." He said, "What’s your point?" (chuckles) He’s older than I am!

So my new position with CBRE allows me to control my time, but I have no doubt I can add value, more on the strategic level with managerial support and a mentorship-type approach. But also I have a very large network of people and it takes a long time to build those relationships. So I think I can add value by building loyalty to CBRE with some of these relationships. Long as I keep those two things in front of me, enjoying it and adding value, I think it'll work out great. 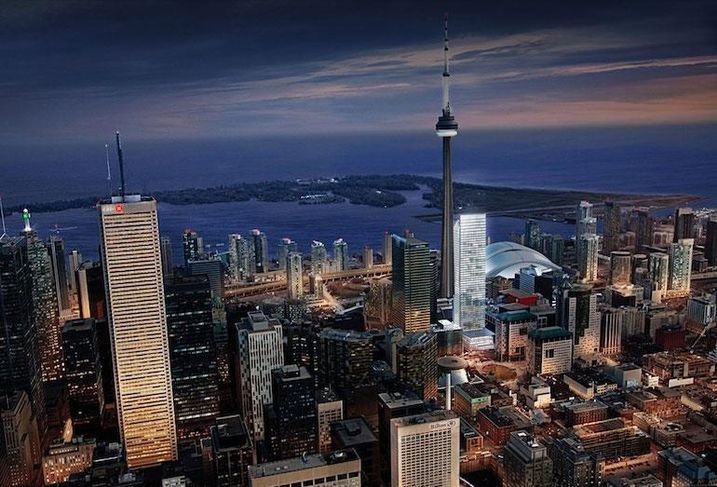 Bisnow: Talk about your time with Marriott. You headed up development of its brands in Canada (including Ritz-Carlton Hotels, (Toronto's is above), JW Marriott Hotels and Resorts, and Courtyard and Residence Inn) growing its presence here from 17 hotels to 145, with 18 more opening by 2017.

Michael: We put Canada on the map for Marriott, because this became its largest feeder market outside the US. I don’t know how many jobs were created by that, but I’m guessing around 12,000. It enabled Marriott to create a designated Canadian management office, with every support including sales and marketing, human resources and operations systems. You read about the Starwood acquisition, which was being finalized while I was there. And the Delta acquisition made Marriott the largest full-service hotel management company in the country. I drove that deal.

Bisnow: Before Marriott you were president of Commonwealth Hospitality, previously the largest hotel company in Canada.

Michael: I joined Commonwealth in the UK originally; at the time the company had 11 hotels in England, and I was head of operations for those hotels in the UK. I was moved to Canada as EVP operations in 1981, and became president of the company in 1987. Back then Commonwealth (formerly Commonwealth Holiday Inns of Canada), Delta and Canadian Pacific Hotels (now Fairmont), were the three major players in Canada. When Westmont Hospitality Group took over Commonwealth in 1999, I was basically relieved of my duties. So I went back to the Caribbean to work on a project for the Barbados government, which had inherited a bunch of hotels.

I had spent a fair bit of my earlier life in the West Indies before I was approached by Marriott in 2001 to come on board. At the time I was fed up with being away from home three weeks a month down in the islands. I was actually thinking of retiring then, but as luck would have it, when I went down to Washington, DC (to Marriott's HQ), I knew so many of the senior people it was a bit of a joke. They said, "C’mon, Mike, what do you have to lose?" I agreed to do it for three years—it ended up being 14 and a half. 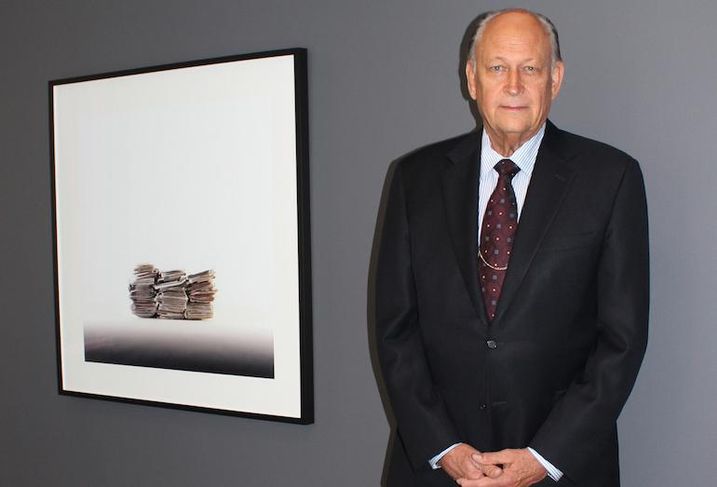 Bisnow: You also played a part in founding the Canadian Tourism Commission. How did that happen?

Michael: It was the early '80s, and Canada wasn’t doing very well (with tourism). I got together with Simon Cooper, president of Delta Hotels at the time, and Bob DeMone, president of CP Hotels (now Fairmont), and said, "We run most of the large hotels in Canada, let’s see if we can get something going." We all had big contact lists, we knew lots of people, so we went out and enlisted the Mirvishes, Norman Jewison, big credit card companies, the president of CP Rail, the presidents of Avis and Hertz, and got 22 corporations pulling together to get Canada moving again.

We came up with an advertising campaign called Experience Canada, and got all these film stars involved talking about Canada to Canadians, because we were trying to get Canadians to stay in Canada. It was very successful. The feds helped finance the campaign, and that’s how it became the Canadian Tourism Commission. After that I chaired the Tourism Strategy for Ontario under former premier Bob Rae. Our biggest achievement was the blue signs you see along the highways saying this vineyard is here, this golf club is there. Those didn’t exist before.

What You Should Know About Michael Beckley 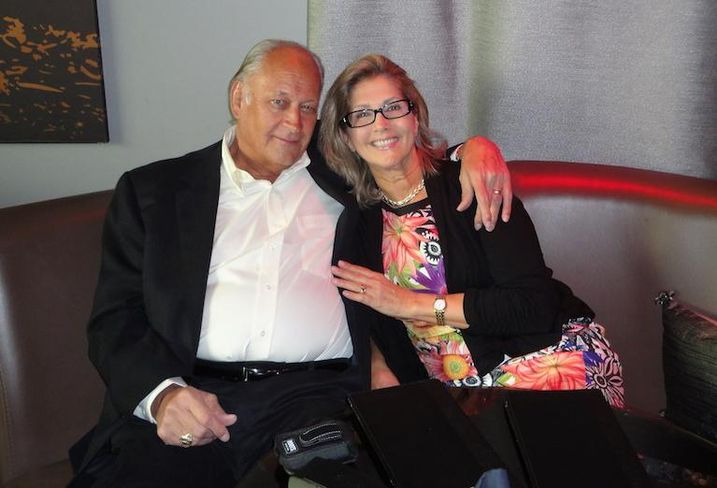 Reading: I’m a James Patterson nut. I find they’re easy reads, you can pick them up and put them down, and so on. I also stay on top of Time, The Economist and National Geographic.

Listening: My wife is from Suriname / Dutch Guyana. We both lived in the West Indies for many years, so it's all Caribbean music. If we want to cheer ourselves up, that’s what we put on, and everyone begins moving again.

Vacation destinations: We have a small home in Boca Raton, FL, and Janet has family in Florida, so we’re there frequently. We also go down to Suriname into the jungle once every few years. It’s all rain forest there and we just love that. It’s unique. We hit Europe every year as well—Spain, Portugal, Italy, France, South of France are the places we go back to. We’re back to Spain in the fall of this year.

Favourite hotel: Hotel Arts Barcelona. Been back a few times; it’s just a great, great experience. Another one we go back to regularly is the Renaissance Arc de Triomphe in Paris.