Behind the Deal: Westin Prince Sold to Chinese Buyer

The Westin Prince has been sold to a mainland China-based buyer for $70M ($177k per key), the largest single hotel acquired by a cross-border purchaser in the past decade and third-largest hotel sale in the city year-to-date. 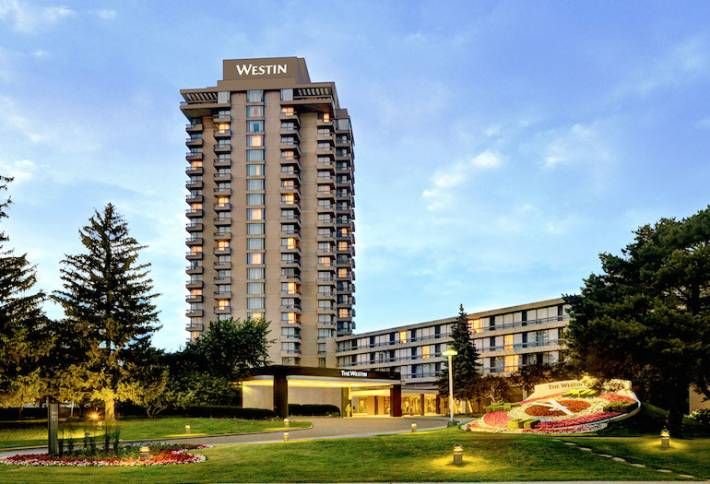 The 395-room Westin Prince, an urban resort on a 15-acre site on York Mills Road just west of the Don Valley Parkway, was sold by Colliers International on behalf of a private investor group. Russell Beaudry tells us the hotel was marketed globally and interest in the property was “robust,” split between cross-border capital, Toronto-based developers and North American hotel investors. The process took about six months from start to finish, and roughly 100 investors registered, with multiple bids received, Russell notes. This is the Chinese buyer’s first real estate deal in Canada. 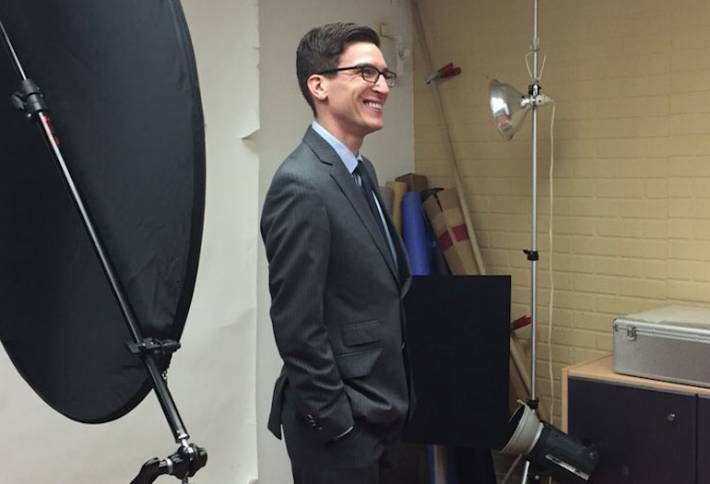 The Westin Prince, a AAA Four Diamond award winner for 39 consecutive years—longer than any other hotel in the country—has been well-maintained by its institutional owners, says Russell (who sent Bisnow this uber-meta shot of him having his company photo taken), noting they've invested in significant capital and renovation programs over the past eight years (the lobby is seen below). The site includes three acres of prime development lands along York Mills, and Russell says the purchaser plans "targeted property improvements" in the next two years. 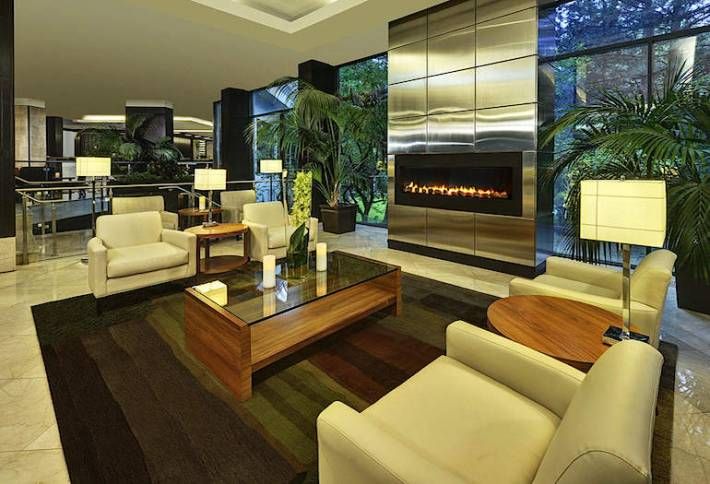 While Chinese out-of-country real estate investing has been largely focused on Australia and large financial centres in Europe and the US, Russell indicates there’s “ample evidence” of growing interest in Canada, with Toronto and Vancouver the top destinations. “Toronto is Canada’s New York City,” he says, and Hogtown is the most active market in the nation this year “by a long shot” (18 hotel sales worth $617M, over half the national total). Whether it’s incumbent domestic capital or emerging international property investors, Russell says well-located GTA assets continue to attract significant investor attention. 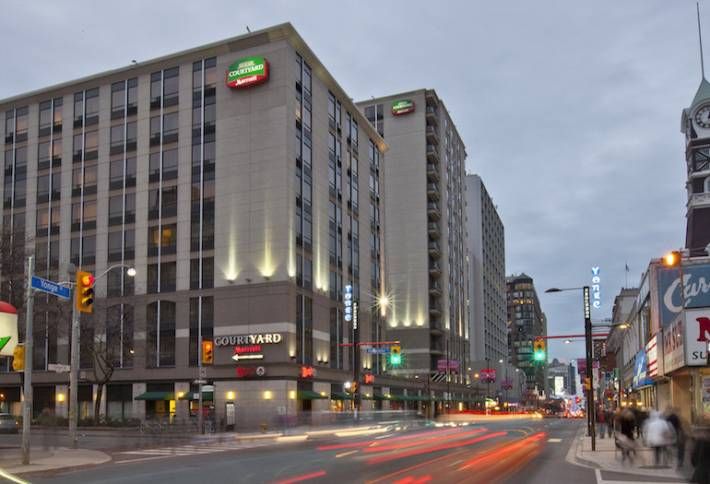 The Westin Prince sale is Toronto’s third-largest hotel transaction in 2015, after the Fairmont Royal York and Courtyard by Marriott Toronto (above). Russell’s team brokered the latter deal, which saw InnVest REIT acquire a one-third interest in the Courtyard Marriott (two towers and 575 rooms on 1.5 acres, with three street frontages and 4,600 SF of retail) for $33M and KingSett Real Estate Growth LP take a two-thirds stake for $66M. “The deal was put together and finalized very quickly,” says Russell, noting the KingSett-InnVest partnership is “logical, given their appetite for core downtown real estate.”