For the second time in a week, the Ontario government has announced plans to restart construction sites closed by the coronavirus pandemic.

The announcement, made by Premier Doug Ford at a Queen’s Park news conference, calls for below-grade multi-unit residential construction projects to resume as early as May 8, and existing above-grade developments to continue. 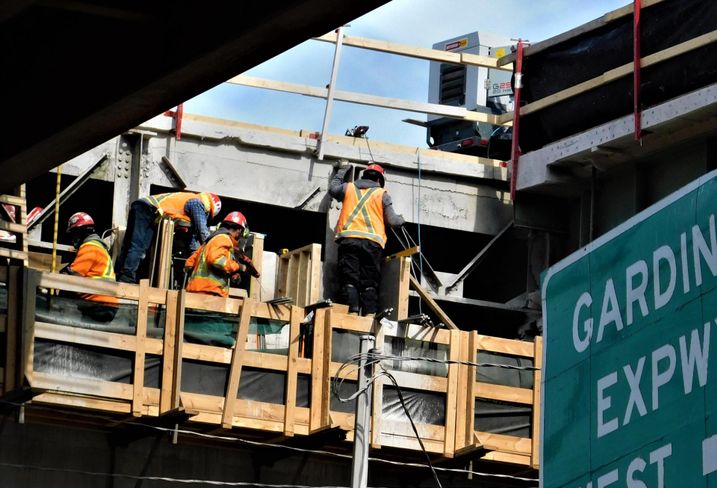 The announcement comes less than one week after Ontario opened a long list of construction projects that were deemed nonessential in early April.

They included those associated with shipping and logistics, telecommunications and digital infrastructure, education, child care and site preparation, excavation, and servicing for institutional, commercial, industrial and residential development.

“It’s critical for the government to get the economy going again,” Residential Construction Council of Ontario President Richard Lyall said. “And construction is a huge part of Ontario’s economy.” 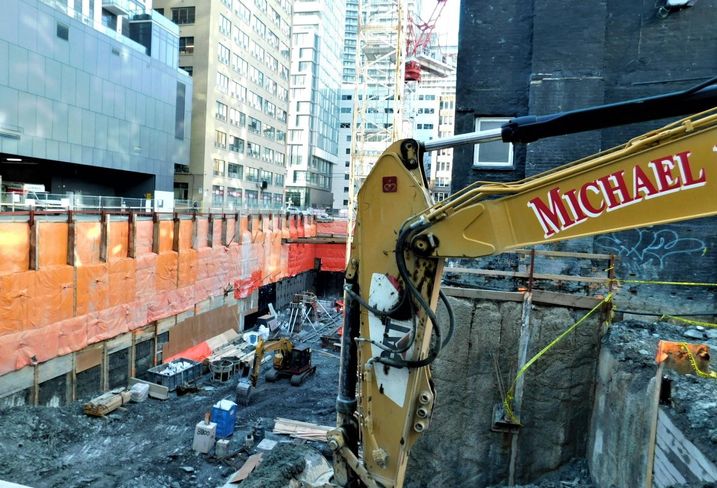 Bisnow/Ian Johnston
Below-grade construction work has been given the go-ahead to resume, the province has announced.

How big? In a news release praising the province’s announcement, the Building Industry and Land Development Association claimed that every 1,000 units of residential construction in the GTA generates 2,600 direct and indirect jobs, $500M in wages and $600M in economic activity.

More reopenings are expected soon in the construction industry. Lyall pointed to low-rise residential projects, which currently remain in limbo, as a possible next step.

“I anticipate we’re going to see something happening there very shortly,” he said. 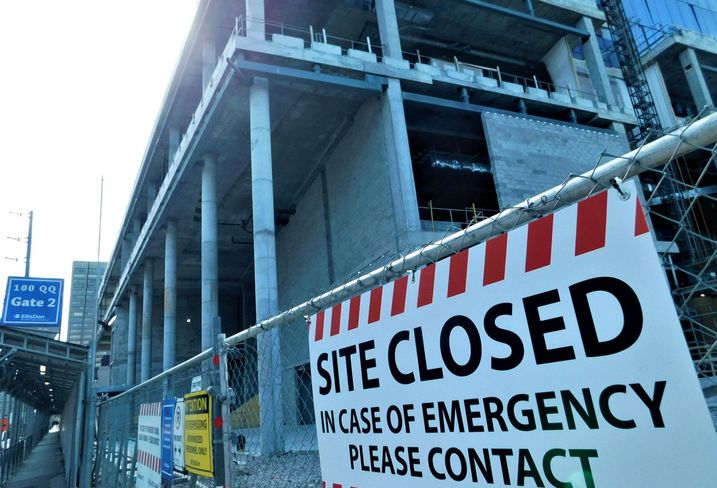 Bisnow/Ian Johnton
The province has reopened some construction sites, but some remain shuttered as they are considered nonessential.

There are exceptions, including exemptions for essential CRE projects like hospital or petroleum-related construction. But for the most part, office, industrial and retail construction sites remain idle.

BILD Communications and Media Relations Manager John Provenzano said his organization is now focusing its attention on that area of construction when dealing with the province.

“We haven’t got a clear answer on what or when yet. But we’re now advocating for those three parts of the industry,” he said.

As for the reopening of bars and restaurants, the Premier offered up some hope for the near future.

“Hopefully sooner rather than later,” he said. “It’s tough right now for [restaurants]. They’re holding on by their fingernails.”