A pension fund and a federal government corporation have come together to develop 520 acres in Downsview, in what could turn out to be the largest urban development project in the country. 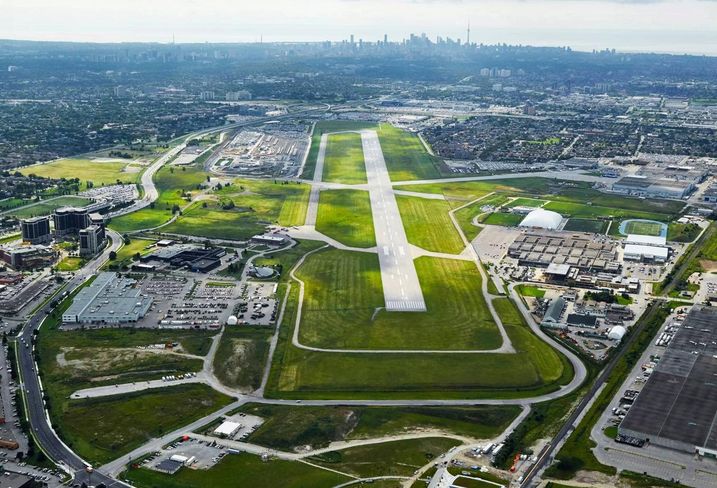 Northcrest, a real estate arm of the Public Sector Pension Investment Board, and the federal landowner, Canada Lands Company, are now in the early stages of a massive business and residential community on sites each own in the Downsview area.

The huge properties include the Downsview Airport, the Sheppard and Chesswood Districts and a portion of the Allen District lands west of Allen Road. The land has been used by the Canadian Forces and by aircraft manufacturers for a century, and is currently occupied by Bombardier Inc.

The property recently made news when the city, which had long set aside the land for employers only, appeared to reverse its position, with Mayor John Tory saying the site would “more than likely” be redeveloped to include residential uses.

In a press release,  Canada Lands said it and Northcrest will spend 2020 working on an updated land use and development plan to present to the city for approval.

“The first 12 months is only the beginning of what will be a multi-year process, to re-imagine and redevelop an area of the city that has dramatically evolved over time and will continue to evolve in the coming decades,” the statement said.