What led Oxford Properties VP John Peets to call WaterPark Place III Toronto's "smartest" building? We brought our camera and some pub trivia questions to test it out. 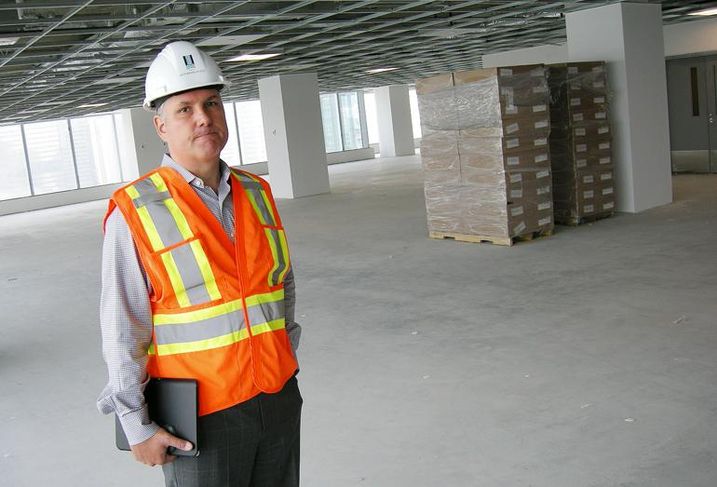 John took us on a hard-hat tour of the 31-storey, 900k SF tower in Toronto's burgeoning South Core, slated to open Sept. 5. The third phase of a 1.7M SF, three-tower commercial complex at Bay Street and Queens Quay Boulevard, WaterPark Place III will be Royal Bank of Canada's retail banking HQ. It will also house Cisco Canada's 100k SF head office and an innovation centre showcasing the company's latest technology, while Canada Newswire will occupy the 30th floor. The building is already 81% leased. 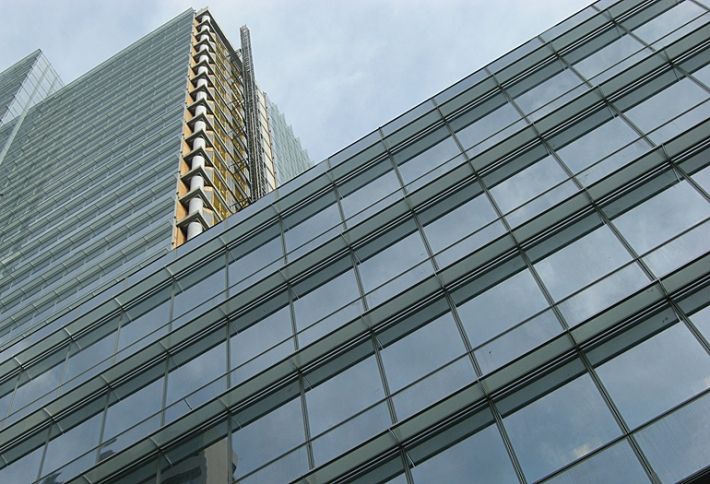 Designed to achieve LEED Platinum, WaterPark Place III has an array of green features: Fritted glass fins on the facade (pictured) deflect sunlight; green roofs reduce the heat island effect; and recycled greywater is used for irrigation. The building is equipped to take in 30% more fresh air than the ASHRAE standard, and there are 350 bike-park stalls—vs 450 car stalls—with showers and change rooms.

RBC decided to move to WaterPark Place III largely because it will be connected to the downtown PATH system (above is where the opening will be). The tower will have an above-ground link to Air Canada Centre and Union Station via an elevated, covered walkway that will run under the Gardiner Expressway through a new condo complex being built across the road. 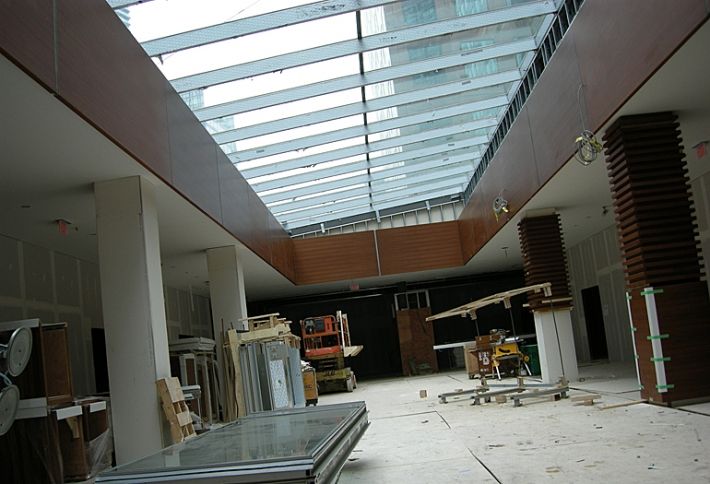 The building will have 50k SF of retail, a big boost for the South Core, which has had little by way of shops and services. In addition to the 12 vendors located in the glass-ceiling food court (pictured—if you ordered some food, it may be a little while til it's ready), there will be a Tim Hortons, Starbucks, Rexall pharmacy, medical/dental office, fitness centre, and 25k SF auditorium for RBC. John tells us there will also be a high-end sushi restaurant, as well as an outdoor patio. 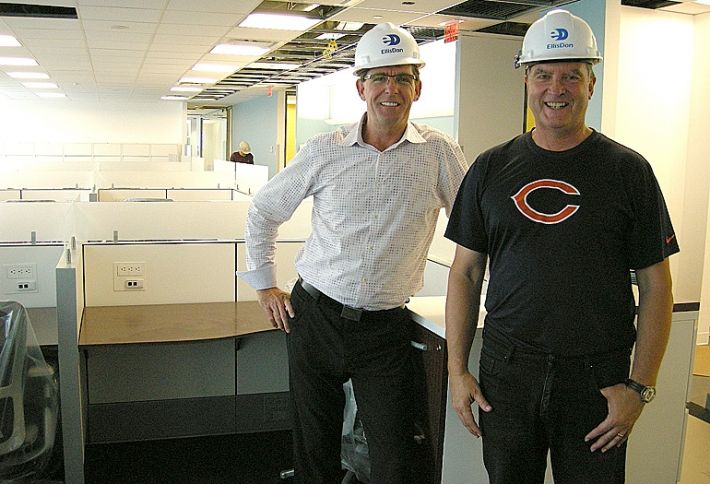 The office floors—26k SF on average—are open, flexible, and designed to accommodate high densities. Cisco technology powers the operating systems. Each light has its own IP address, so when a tenant swipes a parking pass, it alerts his or her workspace of the arrival and sets the lighting to their preference. (Same for temperature.) Each floor will be separately metered for power, so tenants can monitor consumption. "It's the most advanced building we've done in Toronto," says Paul Hickey, left, of EllisDon, the project's GC (here with superintendent Brian Blackman).