The outlook for the Canadian commercial real estate market is strong, even with concerns about a downturn looming, struggling sectors and uncertainty over trade agreements. 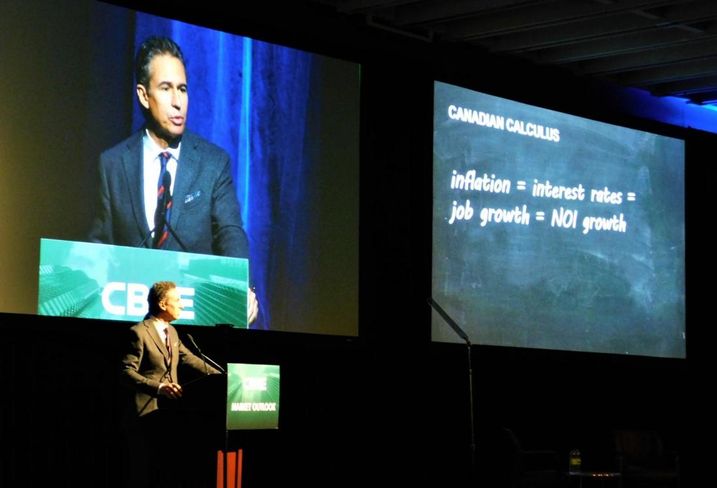 Despite predictions of an inevitable downturn, the market looks poised to set another record in 2018.

“We all know, markets don’t go up in perpetuity,” CBRE Canada Executive Managing Director Paul Morassutti said at an annual CBRE Market Outlook presentation before the release of a new report.

Though financial pundits are predicting everything from a downturn in late 2018 to 15 years of anemic growth, Morassutti said he was not so sure.

“It bears repeating that the commercial real estate industry is not overleveraged. Our fundamentals are solid, our ownership base is strong and well-capitalized, our immigration policies are attractive to global talent, and our government, at times flawed, is not bat-shit crazy."

“Canadian commercial real estate continues to set records, assert itself on the world stage and build momentum despite an extended, nine-year bull run and technological innovations that are shaping our physical and digital existence,” according to the report. 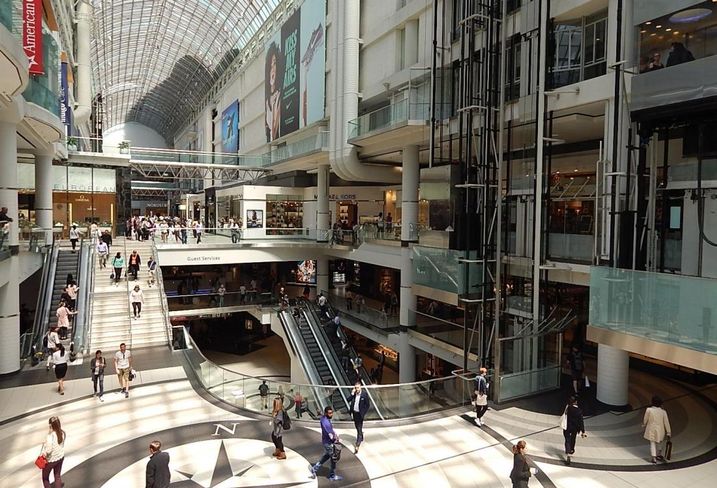 Bisnow/Ian Johnston
Despite the reports of the death of the mall, many have adapted and are thriving, according to the new CBRE Market Report.

Morassutti said negative market perception is particularly strong when it comes to the retail market, which has struggled to adjust to the massive changes in shopping habits and technology. Even previously unflappable grocery stores and pharmacies are no longer immune to market disruption.

“The retail-is-dead drumbeat is getting louder. No retail sector is immune and the implications for neighborhood shopping centers and grocery-anchored strips are significant,” he said. “Retail is obviously evolving to new technology, but some of it has adapted and is thriving. Some of it will be reinvented. And some of it is, yes, roadkill. You can’t simply paint that with one brush.”

Morassutti said the operational performance of some retail REITs was good in 2017, and many malls that are transitioning away from the department-store-anchor model are thriving. Those that have not changed may not survive.

“If we have to summarize this trend into one sound bite: Retail isn’t dead. Boring retail is." 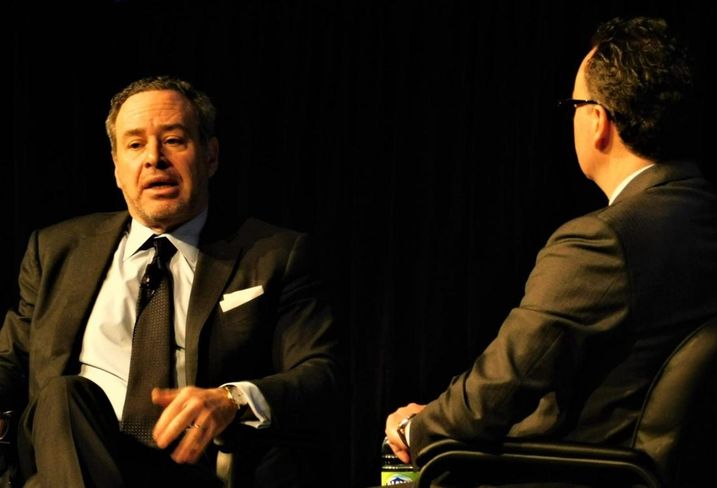 One looming wild card in the market is the North American Free Trade Agreement. Sometimes-volatile negotiations continue between Canada, the U.S. and Mexico and are expected to do so through 2018.

“The president regularly threatens NAFTA. But I think at this point it is clear there are serious constraints on his ability to act against NAFTA,” said author/political commentator David Frum, who spoke about the agreement at the CBRE talk.

Frum, a Toronto native, said he has become less worried about the demise of NAFTA as negotiations have proceeded. NAFTA may prove too important to the American economy to tear up.

For Morassutti, the best advice for 2018 is to stay calm and keep adapting to the changing times.

“Real estate is a long game,” he said. “There will be dislocation, change, obsolescence, failure and rebirth. The industry is slowly morphing from one that owns boxes that contain long-term leases that generate predictable cash flow, to something that requires a higher degree of stewardship. Vision and creativity will be rewarded."