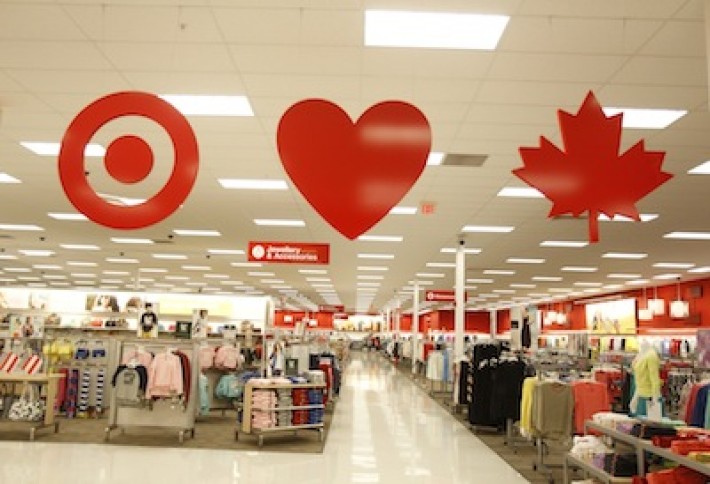 Yesterday,Targetrolled out three stores--Stone Road in Guelph, Milton Mall Shopping Centre in Milton, and Gates of Fergus in Fergus--the first in Canada. They're calling them pilot stores, which allow them to test systems and train team members as the company ramps up the opening of 24 Ontario stores in March, including two in Toronto--Shoppers World (Danforth and Victoria Park) and East York Town Centre. (Not to be confused with pilot stores that sell metal wing pins and aviator sunglasses.)