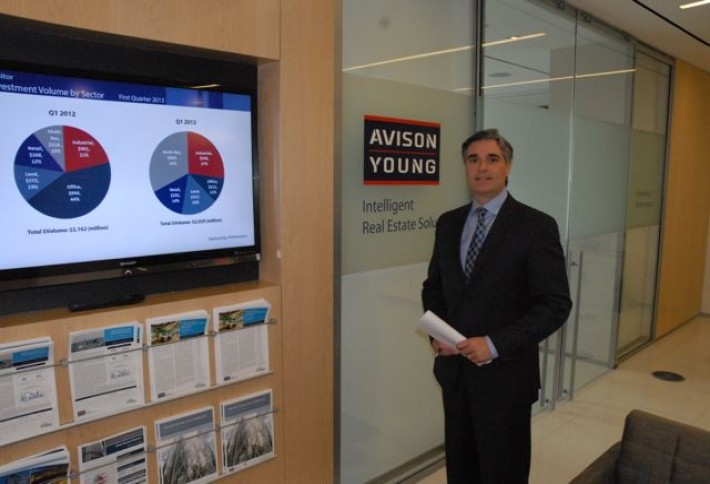 Office vacancy for Class-A, B and C space creeped up to 8.1% in Q1, from 7.8% a year ago, according to Avison Young's office report released yesterday. Losses were heaviest in Class-A and concentrated largely in the Downtown West area. (The vacancy rate for downtown Toronto was 5%.) The overall availability rate (which includes space being marketed for lease) is up slightly--9.5% from 9.4% at the end of Q4. The question now will centre onabsorption rates, also taking into account the 26 office building projects under way in the GTA. Could be worse: One negative quarter after 10 positive ones shouldnt be seen as alarming, says Avison Young research guruBill Argeropoulos.