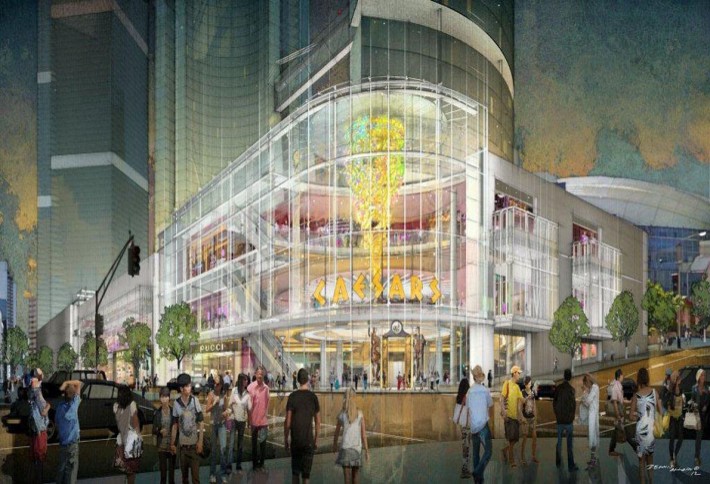 The citys Executive Committee voted Tuesday to approve a downtown Toronto casino complex, so the proposal now will go to city council, probably in May. The executive committee added new conditions to the ones proposed by city manager Joe Pennachetti. One of the more prominent was that Toronto accept no less than $100M annually from the Ontario Lottery and Gaming Corp to host a casino. Enough convention infrastructure would also need to be included so that the development becomes one of the 10 largest convention centres in North America. Above, a rendering of Caesars Entertainments proposal for the Metro Toronto Convention Centre.