CBRE Points to US for Growth 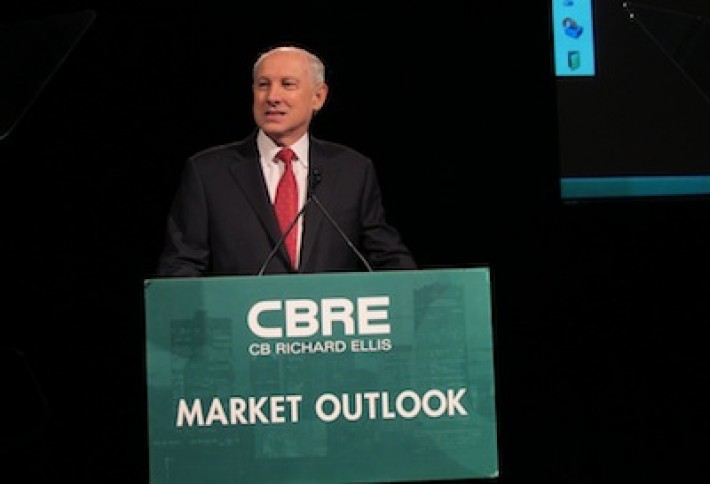 A more robust US economy is the key to continued growth on Canada's CRE front, according to CBRE chairman John OBryan, who spoke this week during the firm's market outlook breakfastat theRealCapital Conference. In Canada, a housing marketdownswingand uncertainty in the energy sector will lead to a softening of the economy in 2013. Overall, 2013 is truly dj vu, he says. (Anticipated developments in the REIT market will be an exception.) The buoyant yields of the last three years are expected to moderate, John says. One potential factor is the amount of refinancing already undertaken, which means that the positive impact of low interest rates is starting to diminish on a relative basis."