Peaceable Street Capital—co-founded by former Kimco CEO David Henry—just opened a Toronto office, the burgeoning firm’s first outside the US. Helming the Canadian operation is Kelly Smith, also ex-Kimco. She outlines her mission. 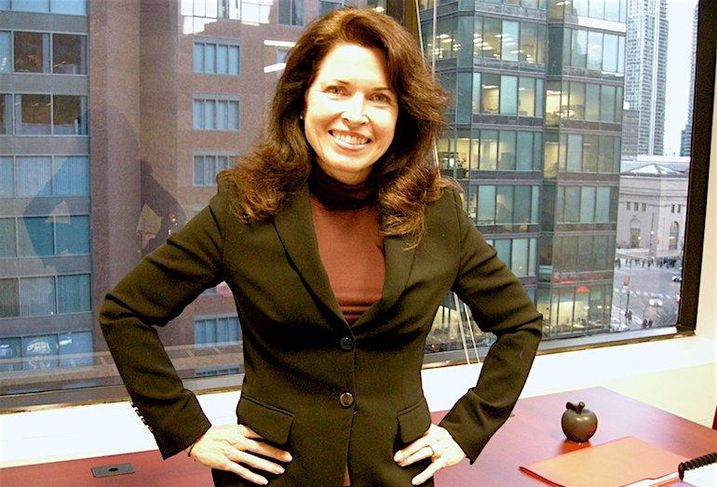 Bisnow: Tell us about Peaceable Street and how you became part of it.

Kelly Smith (pictured at 40 University Ave, the Toronto office for Kimco, which is exiting Canada): I was with Kimco for eight years, responsible for managing the Canadian platform, a $2B real estate investment portfolio. This included joint ventures and preferred equity investments with various partners across Canada. At Kimco I worked for David Henry, who retired as CEO in January this year and formed Peaceable wth Alan Goldfarb and Frederick Kurz, who worked with David at Kimco and GE for many years. (Before joining Kimco David was CIO at GE Capital Real Estate.)

My role at Kimco was coming to an end, as I had executed on the company’s strategy to exit Canada. It was an enormous project that took over a year. Exiting multiple investments, with various different partners, while maintaining good relationships and doing it efficiently, was very challenging. Even once we figured out a strategy for the assets, there was all the negotiations, either selling with our partners properties on the market, or selling investments to our partners, or just selling our investments by bringing a new partner in—there was a lot going on at all times.

So after many years working directly for Dave, who I believe is a person of the highest character and capability, a real industry great, it was an easy choice for me to join him at Peaceable. I finished with Kimco and started with Peaceable just after Labour Day. (The firm is based in Philadelphia and also has an office in New York. It is backed by Orangewood Partners.) 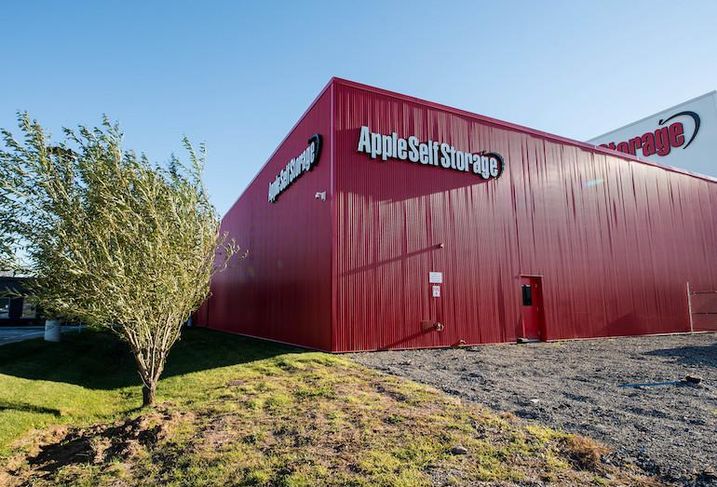 An Apple Self Storage facility, part of Peaceable's first Canadian investment. The firm paid $11.4M to acquire an existing preferred equity stake in 11 self-storage properties in the Maritimes. “We like the operators, who are expert in this asset class, and we also like the stable and improving cash flow of the portfolio,” said Kelly, noting Peaceable has subsequently invested CAD$2.14M in two additional properties with Apple Self Storage in separate acquisitions.

Bisnow: What opportunities does Peaceable see in Toronto and Canada?

Kelly: The company principals have a long and profitable track record of doing business here, and solid relationships across the country, even though Dave and Fred are from the US. And the market fundamentals are strong here. Canadian banks are relatively conservative and higher-risk lenders like GE and Blackstone are out of the market. So we feel there’s an opportunity to fill the equity gap needed by small and midsize property owners, and that’s where our focus is. My mandate is to generate solid opportunities for people to invest capital in Canada with high-quality sponsors and partners.

I need to know what’s going on in all the markets and I need to make sure we’re part of the deal flow where it makes sense. Our focus is on sponsorship, teaming up with the right partners, as opposed to identifying markets we like or asset classes we prefer. This is a frothy market, and because our product is really playing in the higher-risk area, we feel our best bet for investments is to work with the right groups. And that could take us anywhere. In Canada, it’s hard to restrict yourself to just prime markets. I believe we’ll be doing a lot of our business outside prime markets, just because of where cap rates are. 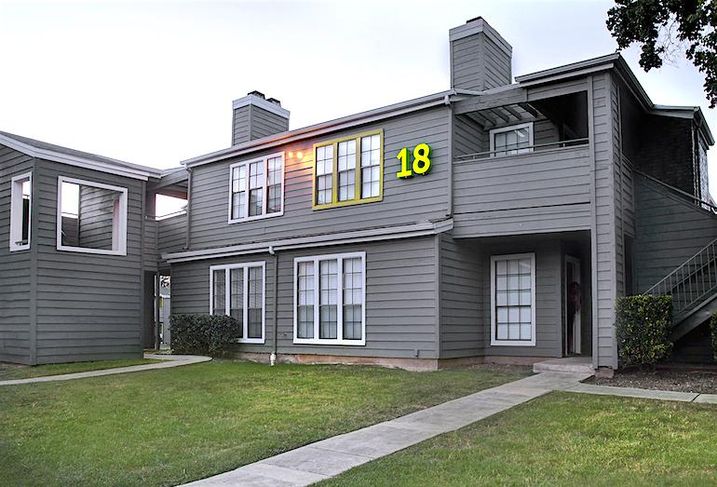 Here’s Evolve @ 1604, a 132-unit apartment complex in San Antonio, TX, that Peaceable provided US$2.2M in preferred equity to acquire with Sandalwood Management. “Multifamily is our biggest asset class so far,” Kelly said. It's one of 10 deals Peaceable's done since launching in January, transactions with an aggregate value of US$250M-plus.

Bisnow: How did you come to be involved in real estate?

Kelly: I went to Western University, and after graduating in 1986 (with an honours business administration degree) I worked as a summer student for Coldwell Banker (now CBRE). They were hiring a lot of young people, and I ended up with them until 1989. I had a great time, it’s a wonderful company, but I knew I didn’t want to do brokerage forever. So I went back to Western and got my MBA. When I came back out, the market was different; I saw signs before I went back to school, but it had gone over the cliff by this point. That’s when I shifted over to the debt side. That was 1991, the last time we had an actual real estate cycle here.

I eventually launched my own commercial mortgage brokerage, Elkor Financial Group. But when CMBS lenders came to Canada, I was ready for the challenge of being more than a portfolio lender. So in 2000 I joined Capmark (as managing director she ran three offices and a team that originated $2B in CRE loans). It was a tough business to get going, a very different style of lending than Canadians were used to. It was a healthy borrowing market and it didn’t need another type of loan or lender, and one that was restrictive. But through relationships and good service we were able to build that business. And in 2008 I joined Kimco. 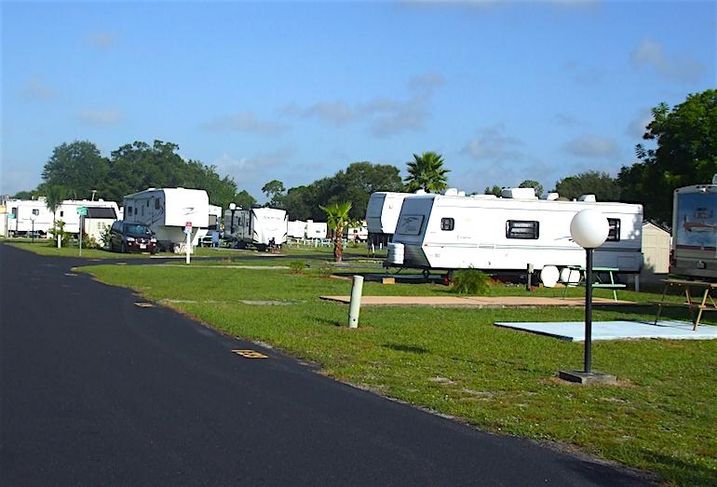 Above, a 193-pad RV park in Florida where Peaceable Street paid US$1.4M for a preferred equity stake. The plan here, says Kelly, is to invest capital, drive higher occupancy and rental rates, improve operating margins, and then acquire similar properties.

Kelly: Our whole focus is preferred equity, a hybrid between debt and equity. It’s in the equity part of the capital stack, but acts more like participating debt than JV capital. We get our returns before our partner does, but the partner retains the lion’s share of the upside. It’s a good fit for owners and operators who believe in a project but want to spread their equity around; they’re willing to take the first loss risk in exchange for better upside. What sets us aside from higher ratio lenders, we’re not debt, we don’t take charge on title. And we’re willing to stay invested up to 10 years, so our capital is a lot more patient than mezzanine lenders.

The goal for Canada is to identify and invest in unique real estate assets with strong growth and income potential. Our focus is income properties, as opposed to land or development. We’re not going to be doing too much of that. It’s just the way our product is, it works best when there’s cash flow, and when there’s upside. It could be a redevelopment opportunity or a repositioning, like leasing some vacancy. But there needs to be a value-add scenario. We want to build a portfolio of high-quality investments with great partners in Canada, as well as the US. We want to be their go-to source for capital to help them grow. That’s the vision.