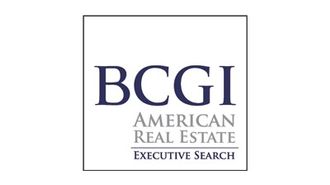 About 10 years ago, Realstar Management SVP of Asset Management Greg Speirs decided it was time for a significant change.

A Montreal native, Speirs and his wife had been living and working in New York City for about five years. After his wife became pregnant with the couple's second child, they decided it was time to make some moves.

“I was looking to settle down and plant roots somewhere,” Speirs said. He had previously worked in London as well. “I was beginning to feel a bit transient.”

Around that time, Speirs was contacted by BCGI, a real estate executive search firm, retained by Realstar to hire a VP of investments.

Speirs was drawn to Realstar, because it is a family business that has more than 40 years of experience in the industry.

“The culture is very people-focused and the staff generally had very long tenures,” he said. "It was a good personality fit and their goals meshed with mine."

Speirs said during his time at a large bank with thousands of employees, he developed a level of specialization in his field. Each member of the team has a specialized role. At a smaller company, the roles are less defined.

“I now touch on a broader range of functions and activities, which I find more interesting,” he said. The change in scenery is also to his liking.

"There’s definitely differences, many stemming from the smallness of the industry compared to New York,” Speirs told us. "You really do get to know the players, not just in this city but across the country. Over many years, you get to see how their careers evolve and you also get to know them as people."

In the Canadian real estate investment epicenter that is Toronto, Speirs has helped Realstar Management launch an incredibly successful private equity division. It’s an accomplishment that he describes as a huge coup, but it would have never happened without other factors drawing him toward this role.