Final renovations have been completed on the historic Paradise Theatre on Bloor, though the coronavirus means patrons will have to wait a little longer to see the expanded reboot. 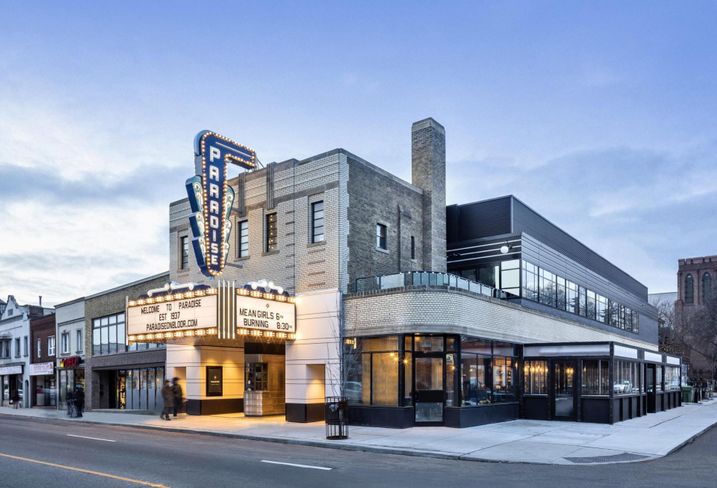 Courtesy of Ware Malcomb.
Final construction has been completed on the historic Paradise Theatre, which first opened in 1937.

The building, which was first opened as a movie theatre in 1937, and closed in 2006, had been undergoing the final touches on a massive expansion to its facility in the last few months. The Paradise also comes complete now with a main floor restaurant and a second floor bar/restaurant.

The brainchild of real estate impresario Moray Tawse, the building’s revitalization includes work by Ware Malcomb, which provided architecture and interior design services for the project.

“We are proud to play a part in continuing Paradise’s incredible legacy for the next century,” Ware Malcomb Canadian Principal Frank Di Roma said. “In redesigning the space as a fully functional theatre, restaurant and bar, the new Paradise has solidified its landmark status in Toronto.”

Still, as with a lot of historic buildings, bringing the Paradise back to life proved a balancing act between maintaining the historical aspects while making it functional for modern patrons.

“Most of the challenges that arise from renovating a historic building such as Paradise Theatre are due to the unforeseen factors within the existing building,” Di Roma said. “Many of the existing plans did not include details of the building’s previous work. Hazardous materials such as lead and asbestos needed to be removed in order to begin construction.”

The building’s exterior marquee recalls the original building’s art deco look, complete with an old school ticket booth. “In order to maintain the heritage designation, the client remanufactured the marquee to match the original specifications from the 1930s,” Di Roma said.

“Paradise Theatre also wanted to bring back the original box office that was taken out decades prior, so that was reconstructed to its original form.” 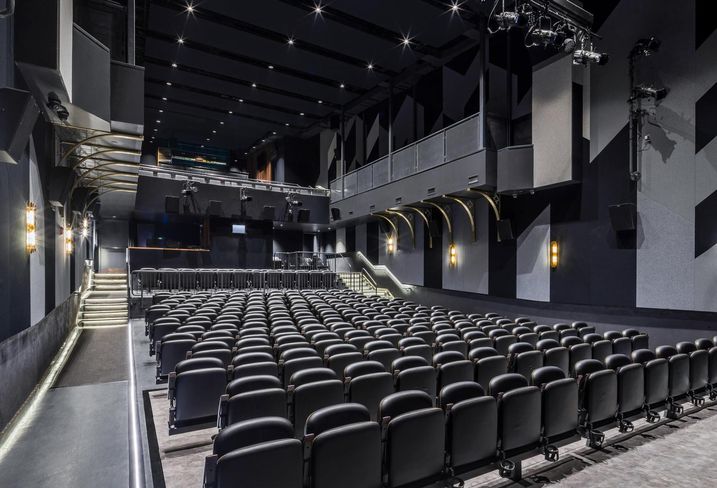 Courtesy of Ware Malcomb
Patrons will have to wait a little longer to check out the completed new Paradise Theatre. The coronavirus has shut down the facility for the near future.

The new entertainment space, which was sneak previewed in December while still under construction, has been caught up on the coronavirus crisis. It will have to wait a little longer before it can be showcased in its full glory.

Currently, the Paradise is streaming films online with Virtual Paradise Theatre. For every ticket sold via online streaming, the theatre is donating two tickets to front-line workers for use when the theatre has reopened.