April Fools' Day is shaping up to be a big moment in the coronavirus crisis as Toronto renters face a decision: whether or not to pay the rent.

“The government is acting like this housing crisis started with the coronavirus. It didn’t,” said Bryan Doherty, a carpenter whose livelihood has been recently curtailed by the pandemic. “There are 750,000 rental units in Toronto. That’s millions of people, all of whom are terrified. They may have no way of paying their rent come April 1.” 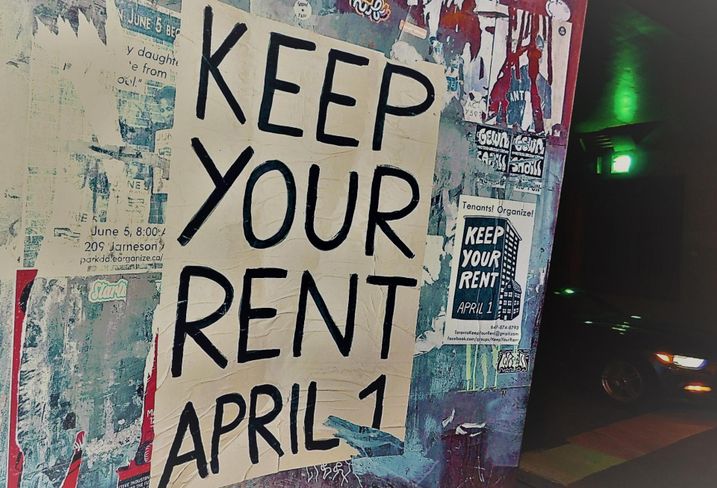 Many Canadians have lost their jobs or face impending unemployment due to the coronavirus. Bars and restaurants are shuttered. Airlines and car plants are closed. No less than 500,000 Canadians applied for unemployment insurance just last week.

While government on all levels continue to deal with this financial meltdown, the extent of actual financial support that will arrive for desperate renters remains up in the air. Ontario Premier Doug Ford appeared to acknowledge this looming crisis last week when he observed  that “food is more important to put on the table than rent”.

“The immediate solution going forward is people don’t pay their rent on that day (April 1),” said Doherty, who is helping to spearhead a grassroots movement dubbed Keep Your Rent.

The group’s simple message is being sent out through everything from social media to posters to word-of-mouth, albeit at a safe distance. 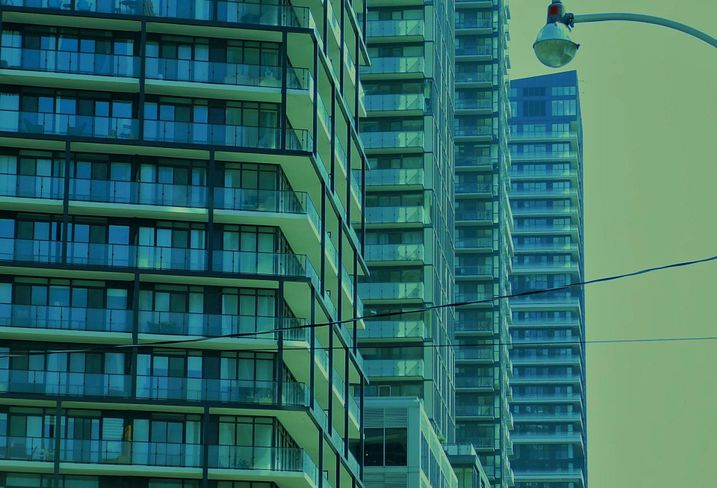 Bisnow/Ian Johnston
A recent study by the Canadian Centre for Policy Alternatives found that half of Canadian renters don't have savings beyond one month. One-quarter have barely enough for a week.

“We’re not waiting for permission from landlords or politicians," he said. "We are making the necessary, reasonable and responsible decision to keep our rent.”

Even without physical interaction between its participants, Keep Your Rent has traction. The movement has caught on across Canada, while variations of it are springing up all over North America.

It’s not surprising how this financial crisis has emerged so quickly; a report released Monday by the Canadian Centre for Policy Alternatives found that 46%, or 1.6 million, Canadian households have only one month worth of savings. One-third have just two weeks.

The problem is particularly acute in Toronto. A report from Rental.ca recently found that the city has the highest rent rates in Canada, with $2,322 the average monthly price for an apartment.

“How is this not the priority? Rent is the single largest financial burden people face,” Doherty said.

To be fair, the city, provincial and federal governments haven’t exactly been sitting on their hands. Last week, Ford announced a temporary moratorium on evictions and the suspension of ongoing eviction orders.

The federal government has stepped up with an $82B aid package, which included benefits like EI for those who are in self-isolation due to COVID-19, wage subsidies for small businesses and increased GST credits for lower-income families.

“I urge all landlords across the city to do what they can to help tenants who suddenly find themselves in very different circumstances due to this pandemic,” Tory said in a city news release.

However, none of that will help renters come April 1. Doherty calls the government efforts “vague, non-committal and non-binding rules.”

“They seem totally delusional. Dry cleaning and dog kennels are deemed essential services?" he said. "[The government has] no idea what is going on in Toronto.” 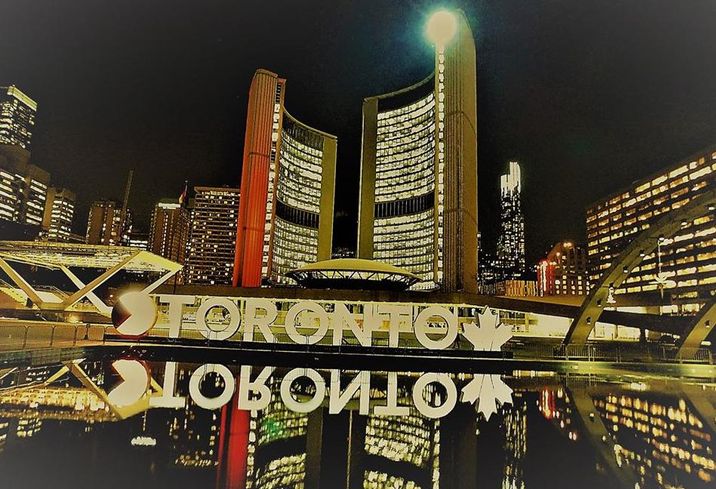 Bisnow/Ian Johnston
A deserted downtown can mask the anxiety a lot of Torontonians feel as rent day approaches.

Somewhat lost in this rent crisis are the landlords themselves.

“It could be catastrophic for some landlords,” said Ontario Landlord Watch CEO Kayla Andrade. “They may end up getting out of the market while they wait for the government to do something.”

It has been a busy few weeks for OLW, which represents small to midlevel landlords and property managers and has 4,100 members. Andrade said she has been getting calls from worried landlords who fear a rent strike.

“They’re a silent group of people, and they have bills and an ongoing investment to pay for, and they are in a panic and survival mode,” she said.

She said that the temporary moratorium on ongoing evictions may sound nice, but if you are a landlord “and you’ve been trying to evict a tenant who hasn’t paid for eight months, it really hurts.”

Andrade said that many landlords have shown a willingness to play ball by offering tenants payment plans. “But if this keeps going long-term, then things get dicey,” she said.

Like Doherty, Andrade said the government needs to step up and provide a definitive and immediate plan.

“It’s a totally different ballgame out there. Elected officials need to address both landlord and tenant needs," she said. "The priorities for them should be rent, food, healthcare and utilities.”

“Food or rent? We shouldn’t have to choose between food and rent in the first place,” he  said.