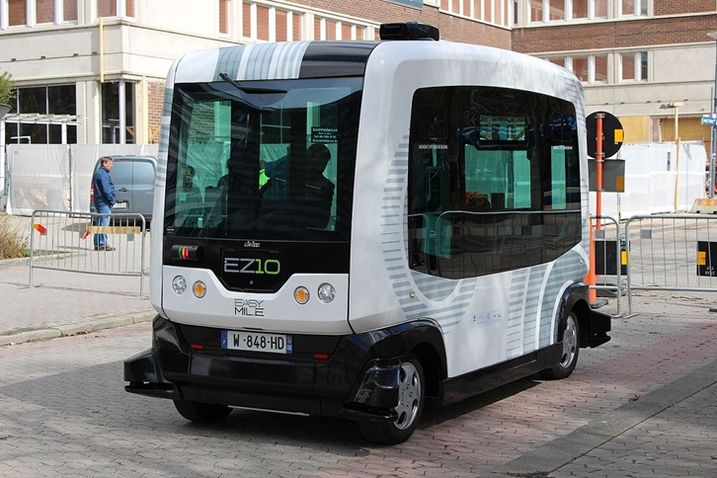 Ulkl/Wikimedia
A demonstration of a driverless shuttle, the Ligier EZ-10, at Kistagången in Stockholm.

A driverless shuttle will soon be plying a mile-long route from the North Marion Street Bus Center to the other side of Downtown Tampa, on a regular route but mostly as a test of the technology.

It will be different from other driverless test vehicles on the roads in various parts of the country, WFTS Tampa Bay reports. There will be no human driver at all as it drives daily in regular traffic. So far most driverless test shuttles have also included a human driver to take control in case of an emergency.

By limiting its route to Marion Street in the daytime, the autonomous shuttle will not have many interactions with other drivers, since the street is restricted to other HART buses during daytime hours. Still, it is a start.

The Florida Department of Transportation is paying for the shuttle for at least a year. The Canadian company Stantec designed the vehicle.

Initially, the low-speed vehicle will have neither driver nor passengers. HART hopes to allow passengers, perhaps as many as a half dozen, to ride sometime next year.