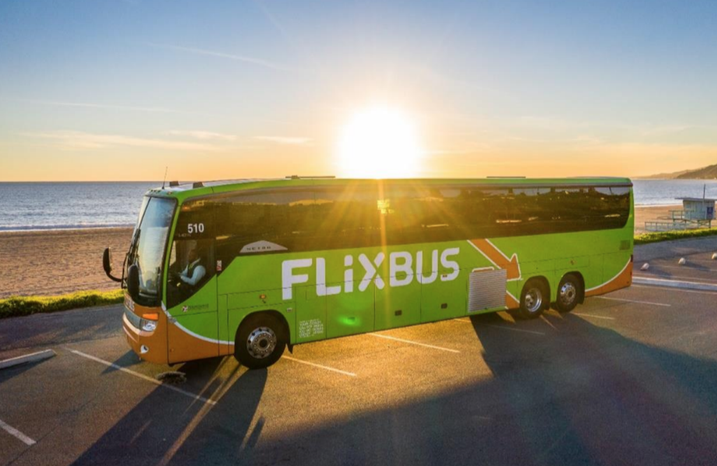 A bus service that rivals trains in 28 European countries is taking aim at the U.S. market.

FlixBus doesn't actually own its fleet; it handles marketing and business functions and partners with local charter companies A1A and Escot for the driving. Riders can buy tickets online or at a brick-and-mortar shop in Bayside Marketplace in Miami.

One European train reviewer wrote, "FlixBus see themselves as the Google of mass transit."

The company launched in Germany in 2013 and spread throughout Europe. It serves networks in the U.S. Southwest, South, Northeast and Pacific Northwest, with routes from L.A. to San Francisco, Phoenix to El Paso, Seattle to Portland, and New York to Philadelphia. So far, the company has gotten mixed reviews from customers on Yelp and TripAdvisor.

In announcing a round of funding this summer — it raised a reported $531M, said to be the largest-ever funding round for a "tech company" in Germany — Jochen Engert, CEO and founder of parent company FlixMobility, said, “Through our strategic partnership with TCV and Permira, which have decades of experience and a portfolio of world-leading technology companies, we will accelerate our growth to offer smart and green travel to more people across the world via the FlixBus, FlixTrain and soon FlixCar brands, while strengthening our position in existing markets."

FlixTrain is a train service that currently operates in Germany and competes with the state-run service Deutsche Bahn. FlixCar is a carpooling service under development. FlixBus expects to expand to Latin America and Asia in 2020.

FlixBus is emphasizing limiting its environmental impact. It added electric buses on a long-distance line between San Francisco and Sacramento and intends to make all bus and train trips, as well as all business-related processes, carbon neutral by 2030.